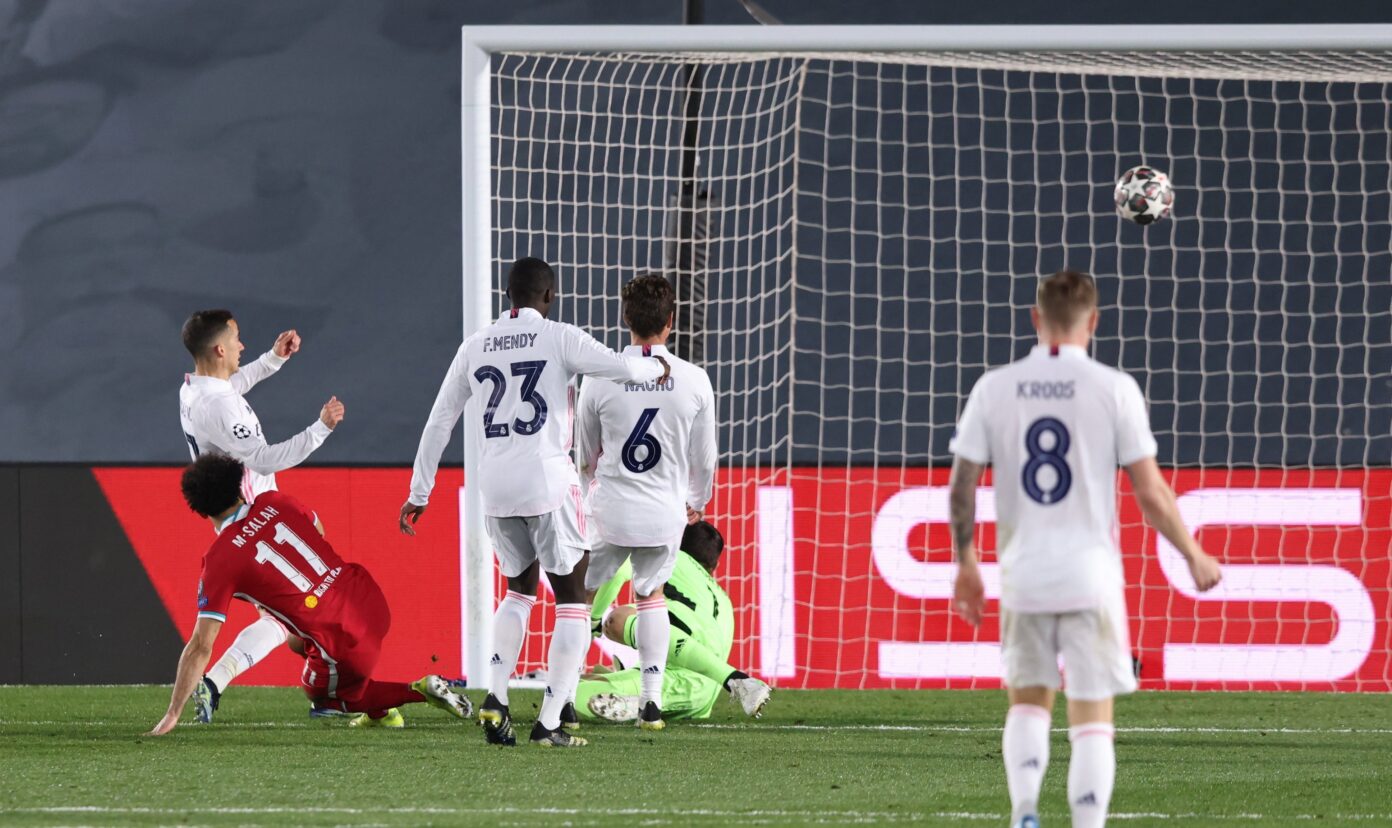 Real Madrid vs Liverpool highlights - Watch the goals and highlights as the Reds fell to a 3-1 defeat against Real Madrid in the Champions League quarter-finals first leg.

Jurgen Klopp sprung a surprise as Naby Keita was given the nod ahead of Thiago in midfield, citing the need for "dribblers" in his side. Gini Wijnaldum also returned to the side whilst Diogo Jota was preferred to Roberto Firmino in attack.

Liverpool struggled to get themselves in the game as the hosts had the better of them for much of the first half. The Reds were far too sloppy in possession, allowing Madrid's forward line to get at Nathaniel Phillips and Ozan Kabak with ease.

Zinedine Zidane's side looked by far the likelier of the two sides to score the crucial breakthrough, with Karim Benzema, Vinicius Jr and Marco Asensio all looking threatening and coming close on more than one occasion.

The Reds were made to pay for their slow start as Vinicius Jr latched on to Toni Kroos' long ball and dispatched the ball past Alisson to put the hosts 1-0 up inside the opening half-hour.

Things went from bad to worse less than ten minutes later as Trent Alexander-Arnold's diving header to intercept another Kroos pass went straight into the path of Asensio, who looped the ball over Alisson and tapped home from inside the six-yard box.

Having introduced Thiago for Keita before the break, Liverpool clawed their way back into the game at the start of the second half as the ball landed at the feet of Mohamed Salah, who prodded the ball past Thibaut Courtois to score a crucial away goal for the Reds.

The Reds looked likely to score an equaliser but the hosts responded with a goal of their own as lacklustre defending saw Luka Modric find an unmarked Vinicius Jr inside the box, with the forward tucking the ball home to score his second of the game and give Madrid a 3-1 lead.

Despite the Reds looking to push for a second away goal, it wasn't to be on the night as it finished 3-1 to Real Madrid, giving Zidane's side a big advantage before the return leg at Anfield next week.