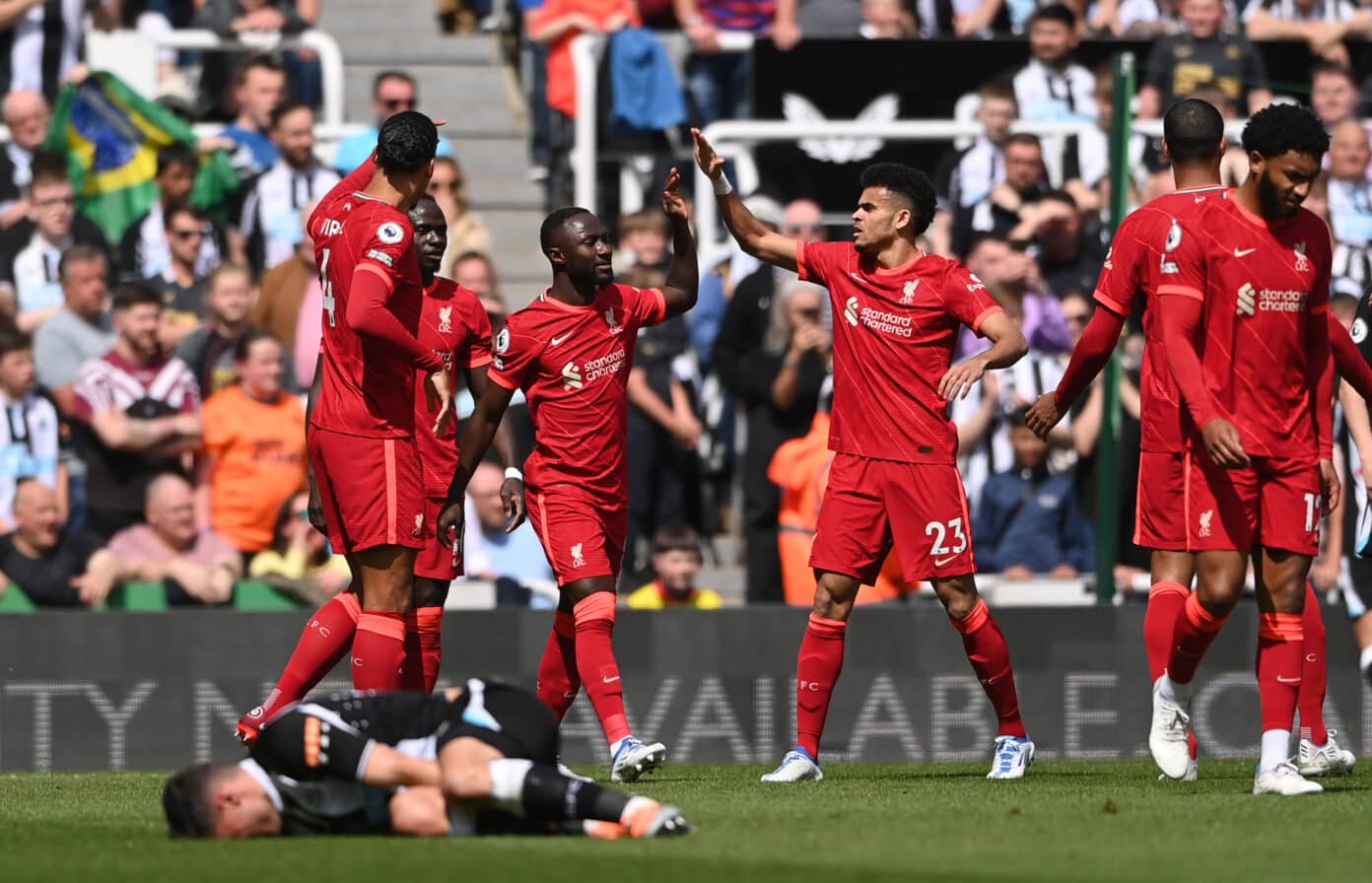 Liverpool eased to a 1-0 win against Newcastle United at St. James' Park thanks to a Naby Keita strike in the first half that sees them go to the top of the Premier League table.

Liverpool were largely untroubled in the first half - and they could have made their dominance count for more - but Keita's opener inside the first 20 minutes gave them a 1-0 lead at the interval.

The Reds pushed on for a second goal in the second half but a lack of clinical finishing and resistance by goalkeeper Martin Dubravka saw them unable to double their advantage, with Liverpool ultimately easing to an important 1-0 victory.

The result sees Jurgen Klopp's side hit the 80-point mark, with 82 points on the board - two ahead of title rivals Manchester City, who face a tricky test away to Leeds United later this afternoon. 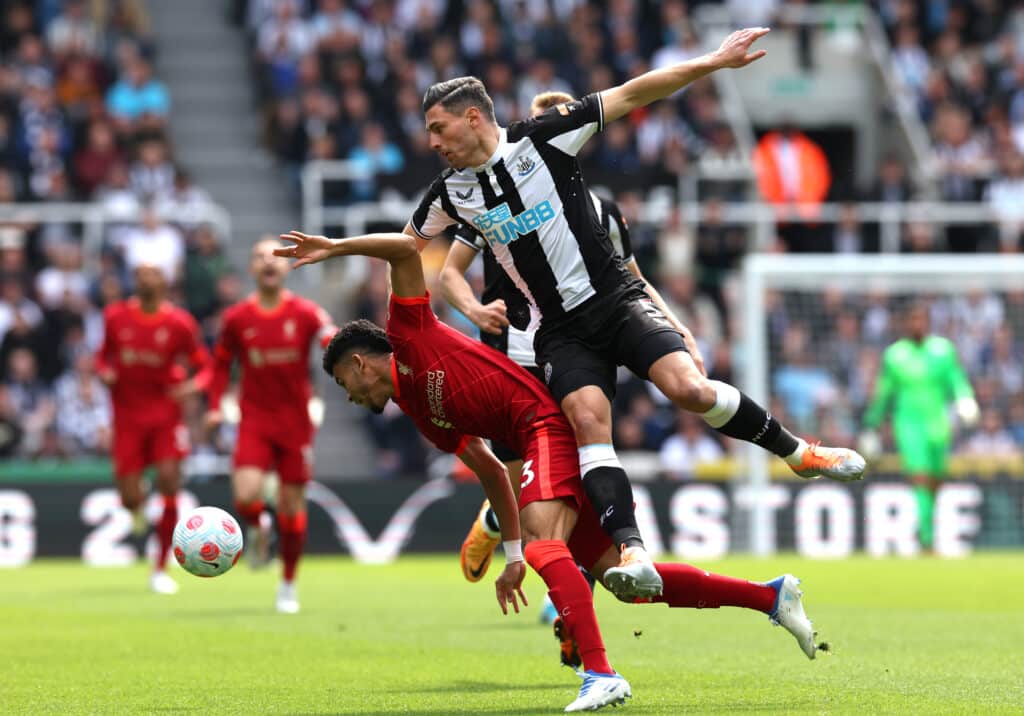 Klopp rang the changes following midweek's European action, with the likes of Joe Gomez, Joel Matip, James Milner, Naby Keita and Diogo Jota returning to the starting eleven in place of Trent Alexander-Arnold, Ibrahima Konate, Fabinho, Thiago and Mohamed Salah, all of whom were named on the bench.

The Reds dominated the ball in the opening stages and their best early opportunity came through Virgil van Dijk after a corner travelled through a host of bodies and arrived at the Dutchman, but his first-time volley fired over the crossbar.

Liverpool were forced to be patient against a well-drilled Newcastle defence that kept their shape and looked to track runners in behind their defence, but it took a little less than 20 minutes for the Reds to have the ball in the back of the net.

A challenge by Milner on Fabian Schar saw Liverpool win the ball in midfield before the ball went to Keita, who combined well with Jota before rounding the goalkeeper to expertly slam the ball past two players on the line to give the Reds a 1-0 lead.

VAR assessed Milner's tackle in the build-up of the goal, but replays showed the Reds midfielder winning the ball before there was contact on both players, with the challenge deemed to be fair and Liverpool's opener allowed to stand. 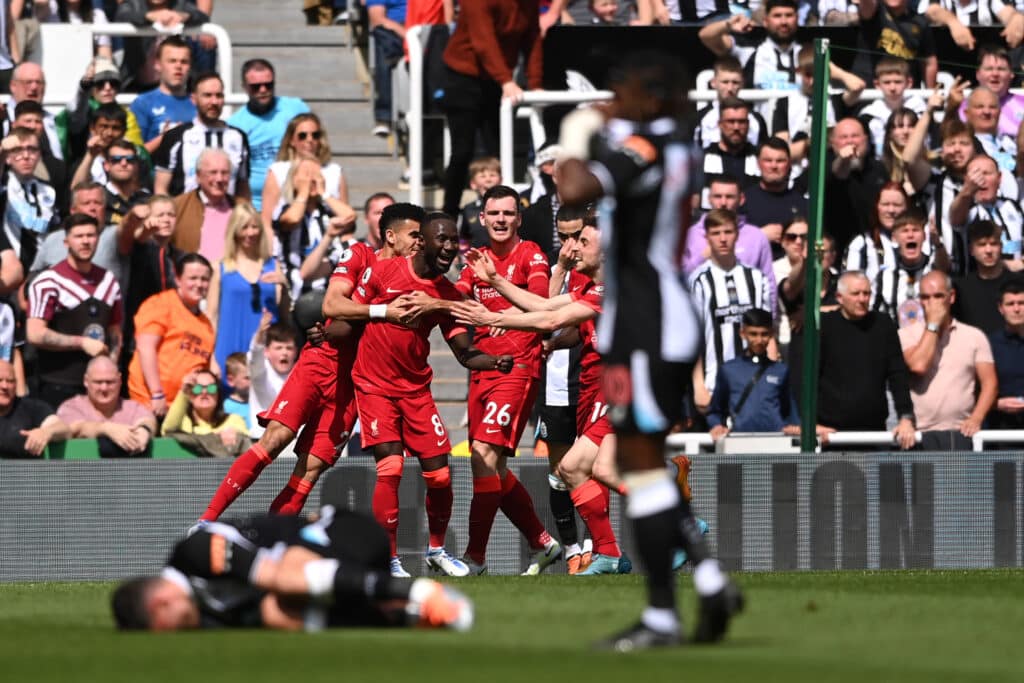 Liverpool kept their foot on the pedal and continued to look dangerous as the half wore on, with a quick break by Luis Diaz seeing him set up Sadio Mane for a first-time finish, but the Senegal international's strike lacked any vigour as Dubravka comfortably collected his effort.

Miguel Almiron had the ball in the back of the net despite Alisson's best efforts to force the Paraguayan wide, but the linesman rightly flagged for offside in the build-up, with replays showing Liverpool's backline expertly deploying the offside trap.

Liverpool remained on top, however, and a whipped Jordan Henderson cross from deep was met by Jota, who generated power on his header to direct the ball at goal, but Dubravka dove well to his right to tip the ball over.

The hosts started the second half strongly as they looked to impose their game on Klopp's side, who were forced to dig in deep at times and participate in a much more dogged fight in comparison to the first half.

But the pattern of the first 45 soon resumed as Liverpool worked the ball around and went in search of a second, with good build-up play down the right seeing Gomez roll the ball towards Mane from the edge of the box, but the forward's first-time finish went the wrong side of the post. 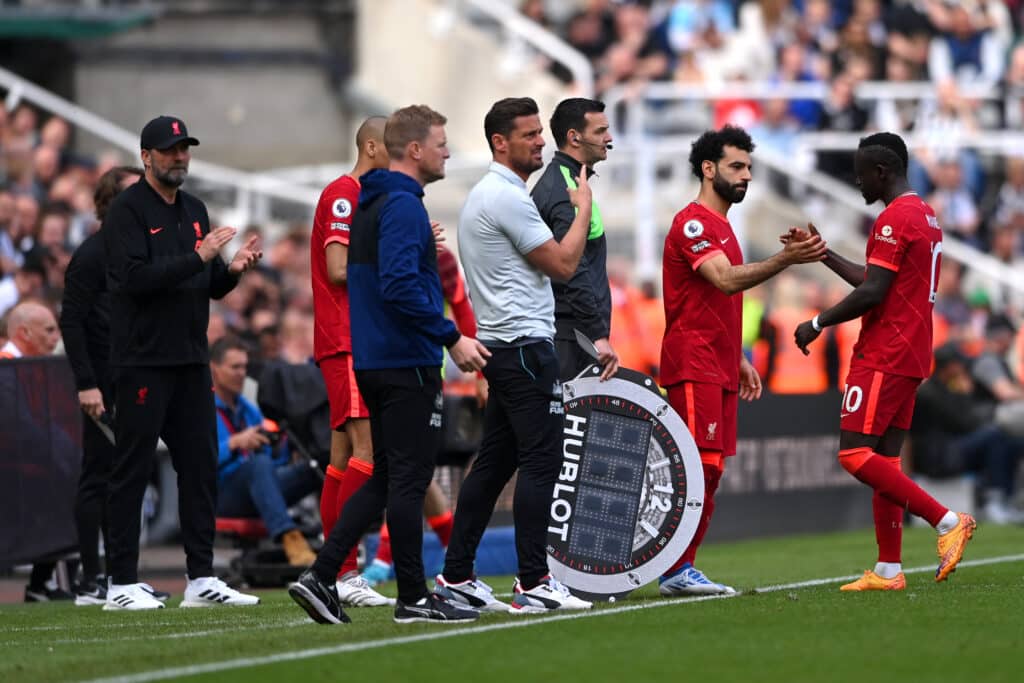 Van Dijk's knockdown from a Milner corner nearly saw Mane sneak in ahead of Dubravka to prod the ball home, but the goalkeeper pipped him to the ball with Mane booked for a late challenge.

It was Mane's last action of the game as Klopp made his first two changes with a little over 20 minutes left on the clock, with Mane departing alongside skipper Henderson and Salah and Fabinho coming on in place of the duo.

Liverpool began to create opportunities at will following the changes, with Salah seeing his strike from inside the area saved by Dubravka before Jota struck directly at the Newcastle goalkeeper after finding space behind the defence.

Newcastle remained a threat on the counter following substitutions of their own, with Chris Wood forcing Alisson into a save after getting in behind the defence, but the linesman rightly flagged for offside.

Milner soon made way for Thiago before Jota drove into the Newcastle area and struck a powerful left-footed strike at goal, but Dubravka was up to the task once again as he saved and palmed the ball behind.

Diaz was a constant thorn down the left and he got around Emil Krafth inside the box before looking for the far corner, but substitute Jamaal Lascelles managed to thwart the Colombian's effort, despite a clear corner not being given for the Reds.

Bruno Guimaraes found himself in a rare pocket of space in front of the Liverpool defence as he struck a powerful low strike towards goal, but Alisson was alive to the danger as he got down low and comfortably saved his fellow countryman's effort.

The Reds got through the final minutes without any nerves as they eventually cruised to an important three points that sees them go to the top of the Premier League table - at least until Manchester City's trip to Elland Road this afternoon.