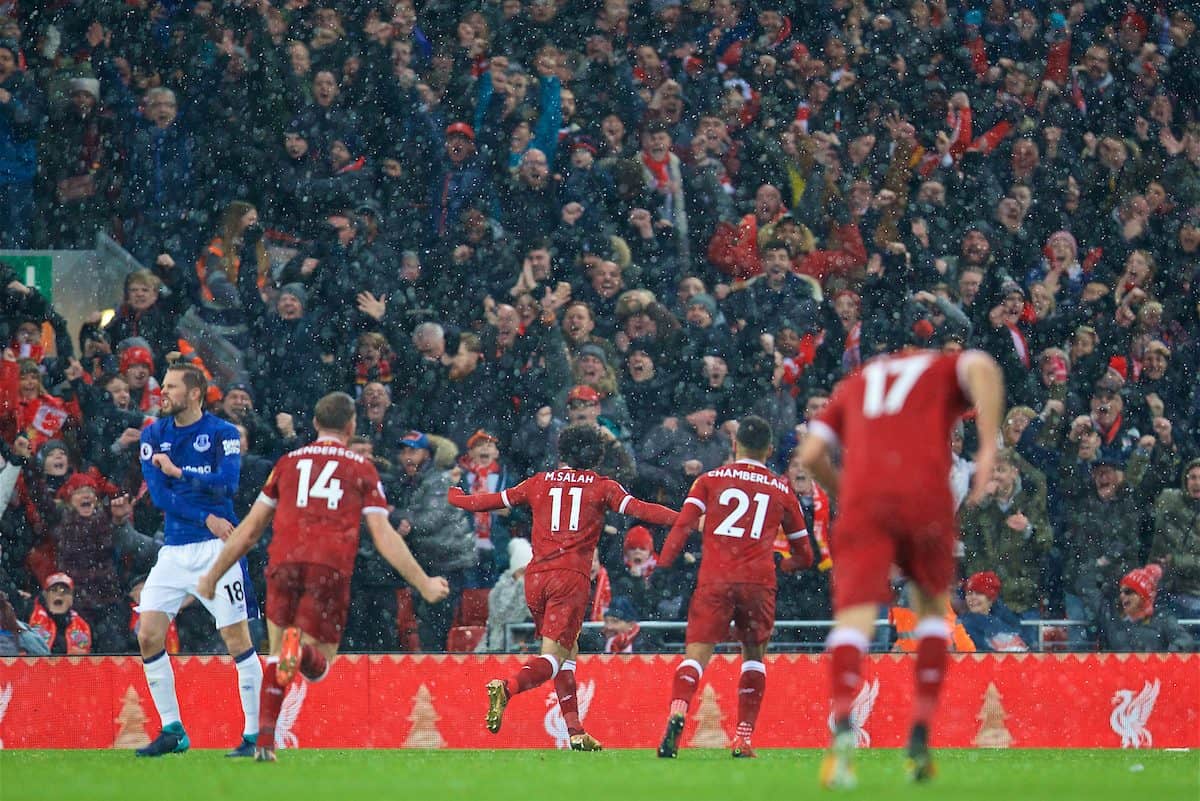 Salah was in attendance amongst other stars at FIFA's The Best Awards at London’s Royal Festival Hall on Monday evening as he picked up the accolade.

The Egyptian was announced the winner of the Puskas Award, which goes to the player who is judged to have scored the classiest goal in world football over the previous season.

Salah's effort in the Merseyside derby, in which he danced through the Everton defence before placing the ball into the top corner, was judged to have been the best goal scored in world football.

The award came as a surprise to some, with Gareth Bale's overhead kick against the Reds in Kiev widely expected to scoop the award, along with Cristiano Ronaldo's stunning strike against Juventus in the Champions League.

“Thank you, everyone,” the 26-year-old said after being handed the trophy by former Chelsea striker Didier Drogba. “There’s nothing much to say about that.

"But I’m very happy and very proud, thank you, everyone, who voted for me."

Salah was also nominated for FIFA's The Best Men's Player of 2018 award, which was given to Real Madrid and Croatia midfielder Luka Modric after winning the Champions League and guiding his country to the World Cup final.

Salah will be looking to aim for the high standards he set for himself last season, scoring 44 goals in all competitions during a stellar debut campaign following a move from Italian side Roma.