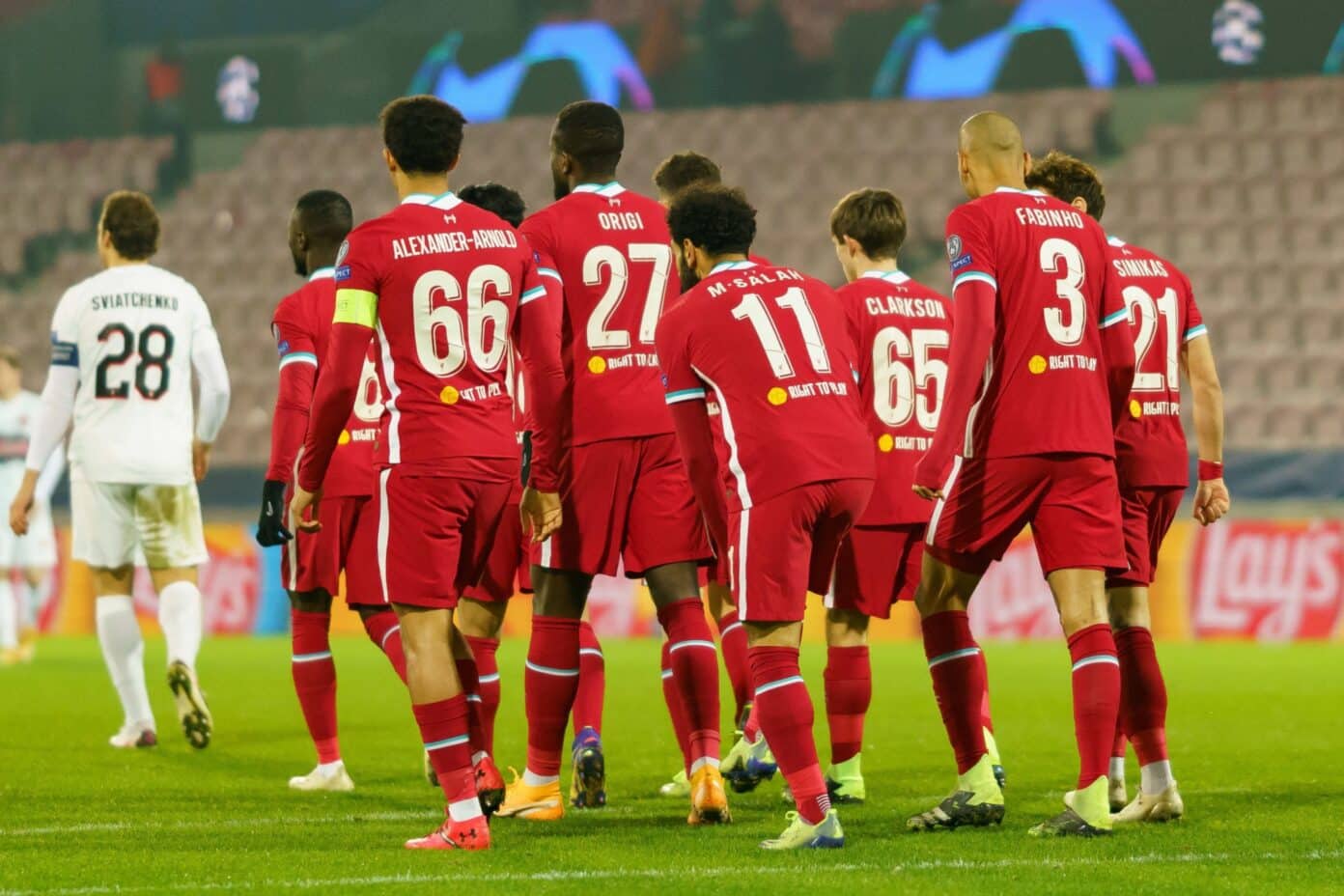 Midtjylland vs Liverpool highlights - Watch the goals and highlights from Herning as the Reds settled for a 1-1 draw on Wednesday.

It was a tricky night for the Reds against the Danish Superliga side, who showed a spirited performance in the second half and nearly got the better of the Reds.

But Liverpool looked on track for a typical European performance inside just 55 seconds as Mohamed Salah poked home to make it 1-0 to the Reds.

Fabinho made an excellent goal-line clearance before Divock Origi missed a glaring opportunity in the first half.

The hosts were all over Jurgen Klopp's side for most of the second half and they got their just rewards through an Alexander Scholz penalty, which was given by VAR under dubious circumstances.

Minamino was onside despite the assistant referee's initial flag, but VAR adjudged Mane's header to have hit his own hand before reaching Minamino as the goal was disallowed.

It ended 1-1, with the Reds denied a chance of setting a club record for most points in the group stages of the Champions League.

Nonetheless, the Reds advance to the knockout stages as group winners - with 13 points. Liverpool will find out their last-16 opponents on December 14 after a draw at UEFA's headquarters in Nyon.

Disclaimer: Midtjylland vs Liverpool highlights, goals and full match videos are provided and hosted by external sources. We help you discover publicly available material and act as a search engine. We do not host or upload this material and are not responsible for the content.