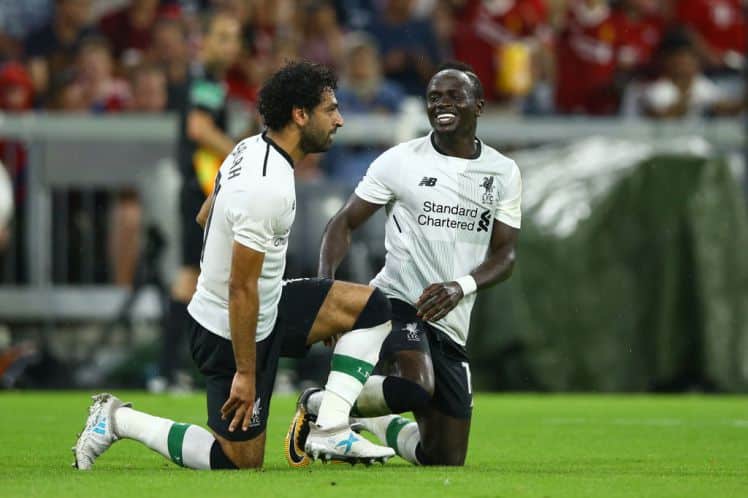 According to reports in Egypt, Mohammed Salah and Sadio Mane could face a 9,000-mile trip to Ghana the day before Liverpool line-up to face Everton in the FA Cup third round.

Liverpool's star wingers are scheduled to appear at the CAF awards on January 4th, the day before the Merseyside derby at Anfield.

Their appearance at the event will raise doubts whether the duo will be able to play a significant part in the 230th Merseyside derby.

President of Egypt FA Hany Abou Rida is quoted as saying: "Mohamed Salah [is] in a leading position until now regarding the voting for CAF player of the year and he will attend the CAF awards Gala in Ghana [on] 4th of January."

If the pair go to the event, reports in Africa say they will fly back to Merseyside from Accra in a private jet less than 24 hours before the key tie.

Salah and Mane have scored 27 goals between them this season, and whilst Mane was rested against Bournemouth, Salah scored his 20th goal of the season in a 4-0 win on Sunday afternoon.

It will be interesting to see how the Liverpool hierarchy, and Klopp in particular, manage the pair in relation to their scheduled appearance.