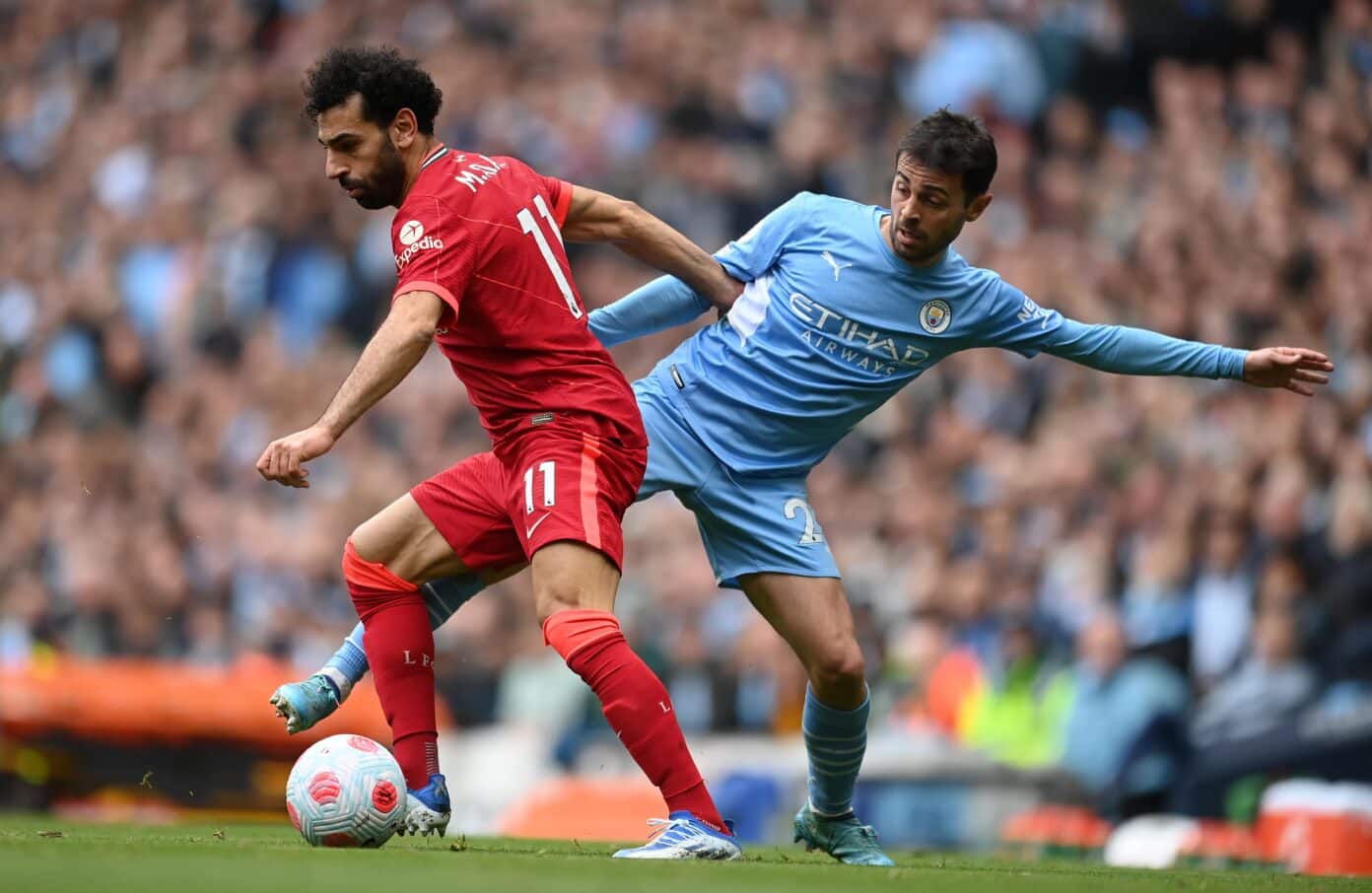 Liverpool and Manchester City played out an absorbing 2-2 draw at the Etihad on Sunday afternoon as the Reds remained a point behind City with seven games left of the season.

Both sides shared a goal each in the early stages as Kevin de Bruyne's opener was cancelled out by Diogo Jota's close-range effort inside fifteen minutes, but City had the better of the chances as the half wore on as Gabriel Jesus gave them a 2-1 lead at the break.

Sadio Mane pulled the Reds level immediately after the restart which prompted a much more controlled second half from Jurgen Klopp's side, but clear-cut chances remained hard to come by despite some promising moments.

It ultimately finished 2-2 despite City having opportunities in the closing stages to earn all three points, with the Reds still sitting one point behind the league leaders as they close in on the final days of the campaign. 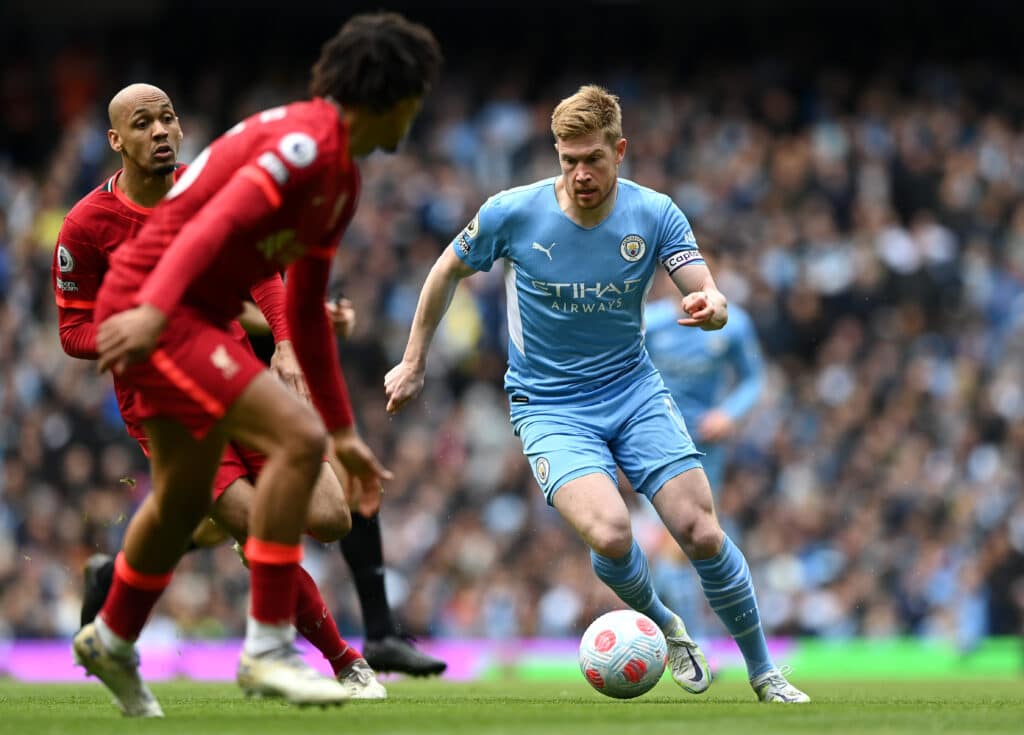 Klopp made three changes to the side that beat Benfica in midweek as Joel Matip, Jordan Henderson and Diogo Jota returned to the starting eleven in place of Ibrahima Konate, Naby Keita and Luis Diaz.

The hosts should have gone ahead through Raheem Sterling after Gabriel Jesus had rolled the ball into the middle but Alisson made a crucial low save to deny the former Reds winger.

But the ball found its way into the back of Liverpool's net a little over 30 seconds later as Kevin de Bruyne picked up the ball in midfield and drove past Fabinho before his left-footed strike deflected off Joel Matip and struck the inside of the post and in to make it 1-0 to Pep Guardiola's side inside five minutes.

But Liverpool responded in excellent fashion to settle their nerves as Andy Robertson's deep ball was met by Trent Alexander-Arnold, who pulled the ball back for Jota to turn home from near the penalty spot to level the scores after 13 minutes played.

Alisson was called into action when Jesus' strike went straight at him before Virgil van Dijk was forced into making a last-ditch clearance to intercept Kyle Walker's cross that looked set to be finished by Phil Foden at the back post. 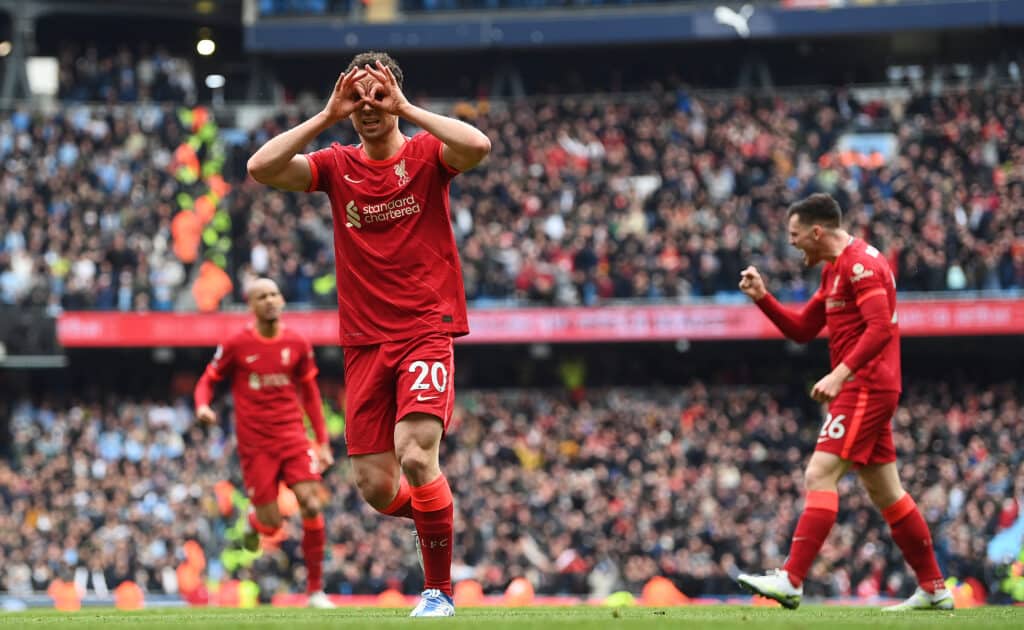 The Reds were careless with the ball at times as they made a few unenforced errors, but they nearly had one go their own way when Ederson took a chance on the goalline with Jota closing in, with the City goalkeeper getting away with his lack of urgency in the nick of time.

Joao Cancelo beat the offside trap and got in behind Alexander-Arnold before finding an unmarked de Bruyne inside the box, but the Belgian's swivel and low shot thankfully went wide of the near post.

The Reds were living dangerously with balls in behind their defence catching them out and they were soon made to pay for their lack of focus as Cancelo picked out Jesus' run at the back post before the Brazilian prodded the ball past Alisson to re-establish City's advantage.

Jota had a golden chance after being fed through by Henderson but the Reds forward was unable to get the ball out of his feet before deciding whether to shoot or square the ball for Mohamed Salah, who had made a supporting run, with City eventually smothering the ball to safety.

Liverpool struck inside the opening minute after the restart to level the scores as Salah turned and found Sadio Mane's run with an incisive pass, with the Senegal international making no mistake with his finish to make it 2-2. 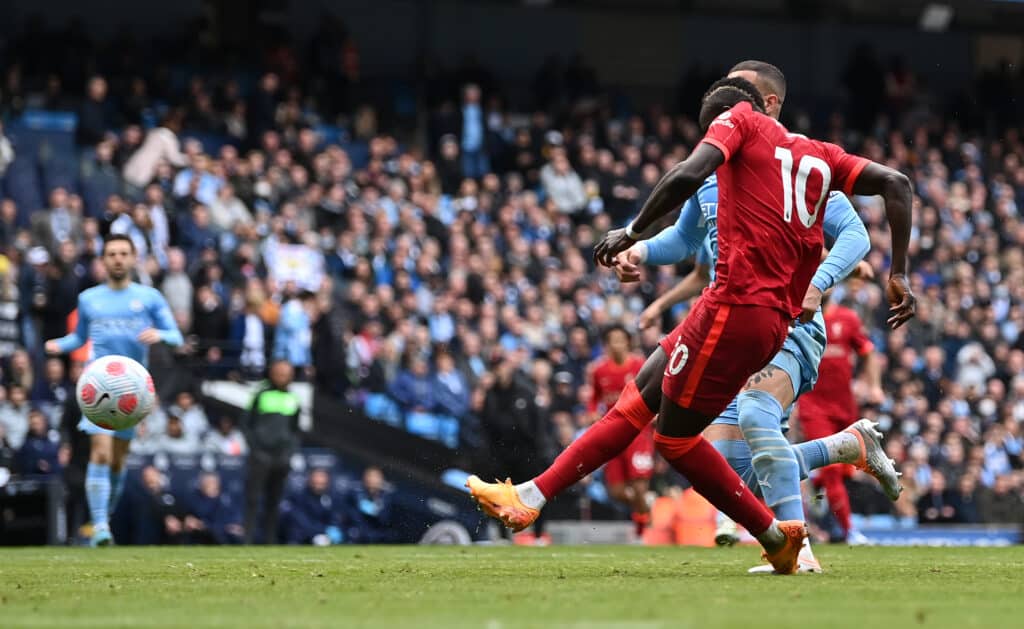 The goal sparked Liverpool into the ascendency as they looked likelier of the two sides to find another opening. Salah began to find more space and his ball into Jota was nearly poked home by the Portuguese, but Ederson did well to deny him his second of the game.

City began to play themselves into the second half after riding a spell of Liverpool pressure as Jesus got in behind the defence and danced his way into striking distance but van Dijk got himself in the way of the Brazilian's effort to keep the score level.

The hosts had the ball in the net through Sterling, who ran in behind before slotting the ball past Alisson, but VAR intervened to disallow the goal after replays showed the City winger was a smidge offside.

With a little over 20 minutes left on the clock, Klopp introduced his first change and brought on fresh legs in Diaz, who replaced Jota and slotted into the left of the Reds' front three, with Mane going through the middle.

A clever Reds move saw Mane find Salah inside the box before the Egyptian fired an effort towards the far post only for Cancelo to make a crucial block and send the ball behind, but referee Anthony Taylor inexplicably awarded a goal-kick to the hosts instead of pointing the corner flag.

Guardiola withdrew Sterling in place of Riyad Mahrez which prompted Klopp into his second and third changes as Henderson made way for Keita before Firmino came on in place of Mane towards the latter stages.

A long-distance free-kick by Mahrez hit the outside of the woodwork, much to the Reds' relief, before the Algerian could have made it 3-2 in the final seconds after catching the Reds off guard, but the City forward's chipped effort sailed safely over the crossbar.

It ultimately finished two goals apiece, with the Reds remaining a point behind Guardiola's side with seven games left of the Premier League season. The two sides meet again in a week in the FA Cup semi-finals, with Benfica to come for the Reds in the Champions League in midweek.