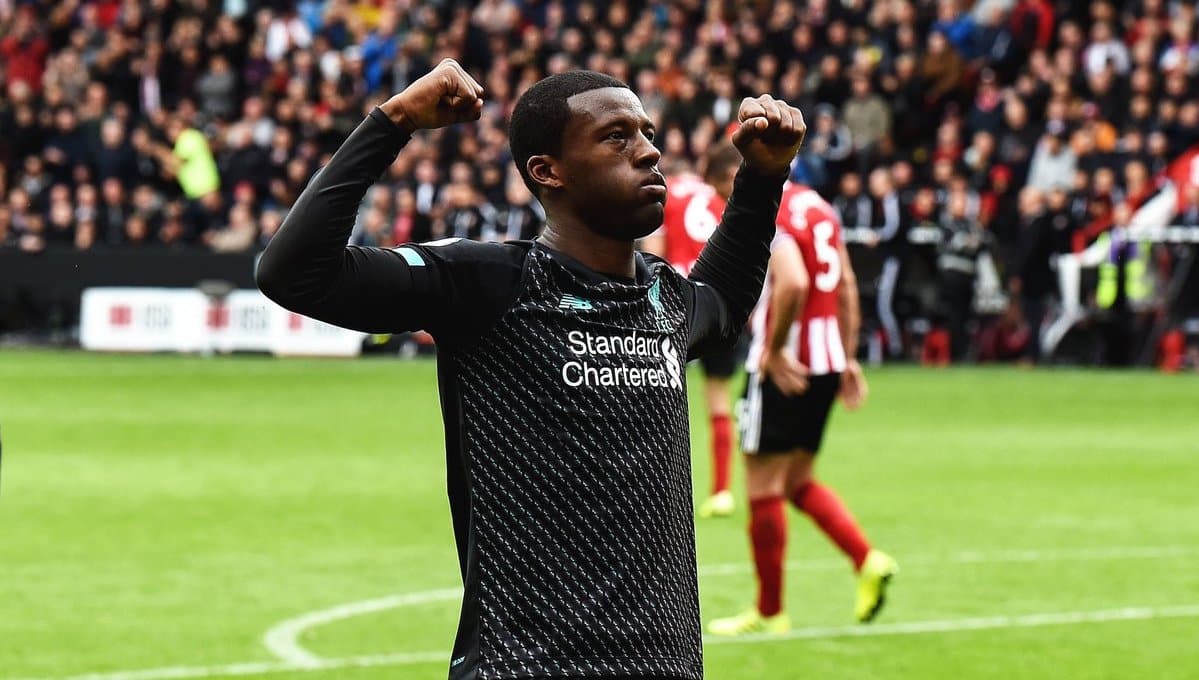 Liverpool's Gini Wijnaldum and Virgil van Dijk praised the Reds for the fight they showed in their victory over Sheffield United on Saturday.

Jurgen Klopp's side appeared stifled by Sheffield United, who put in an admirable performance to keep the Reds at bay for much of the game.

However, a 70th-minute effort from outside the box from Wijnaldum saw the ball go through Dean Henderson and into the United net to give Liverpool a fortunate victory.

It was Liverpool's overall 16th consecutive league win and their seventh this season, extending their lead over Manchester City to eight points before their visit of Everton later today. 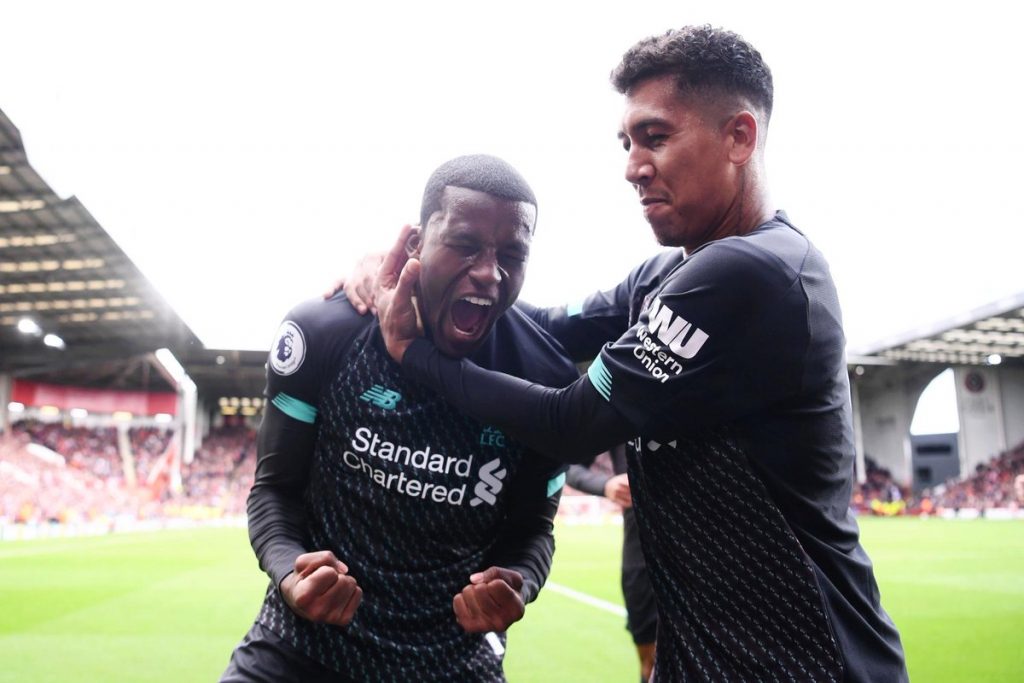 It wasn't a trademark Liverpool performance and they were made to fight for the three points. Speaking after the game, Wijnaldum insisted it could be a crucial victory for the Reds.

“In the beginning of the season it’s good if you collect as many points as possible because normally during the season you progress – so hopefully we’re not at our best now but at the end of the season we will be,” he said.

“That’s why it’s really good if you collect a lot of points right now and that’s what we’re doing.

“We didn’t start the game well. The manager showed us back what we did in the first half; we slowed the game down too much and that’s why they could stop our attacks. It was difficult. 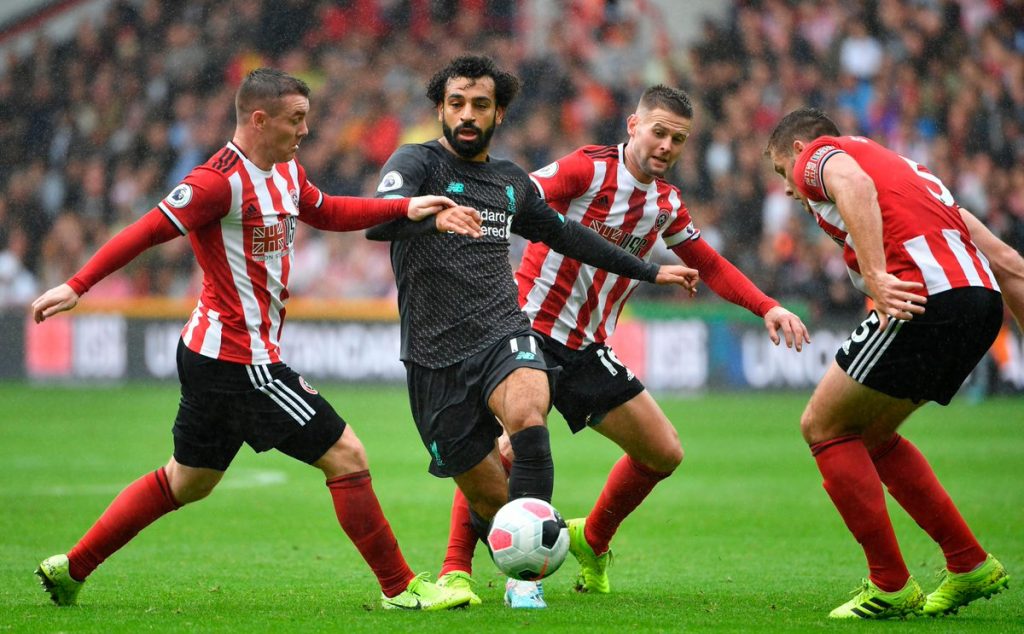 “In the second half we tried to do it better but even then it was not the best game we had. But another win, that’s the most important thing. A few years ago we were struggling to win games like this. This season – and last season also – it’s going quite well.”

Meanwhile, Van Dijk admitted the tempo of Liverpool's play wasn't quite up to scratch but the challenge posed by Sheffield United was one he relished.

“It was definitely a question of tempo,” said the No.4.

“You need to give them credit as well, they played in a good way with a clear plan. It’s tough to come here, a great atmosphere, and they made it tough for us. 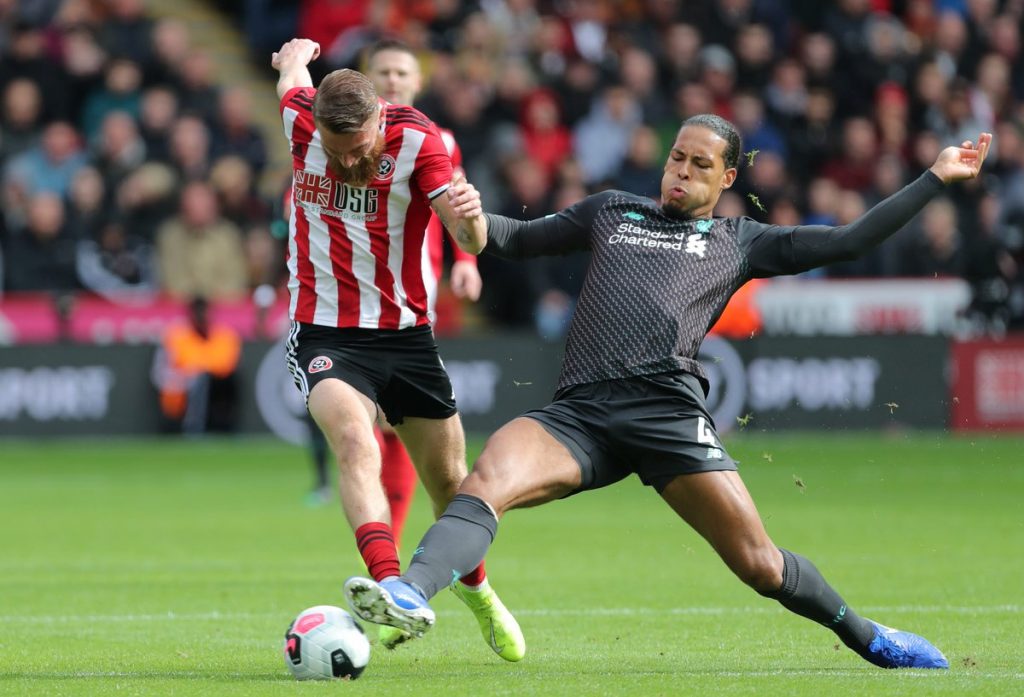 “But in the end, the three points are all that matters of course, so we’re very happy with that.

“We expected a lot of direct play, a lot of challenges and fights. Every game and every week is another challenge – that’s something I enjoy and everyone should enjoy as well.”

The Dutch defender put in a man-of-the-match performance, winning 12 out of 14 aerial duels, making 7 clearances and 1 interception to keep Chris Wilder's side at bay.

Liverpool are next in action against Red Bull Salzburg in the Champions League group stage as they look to get their first win in Europe this season.