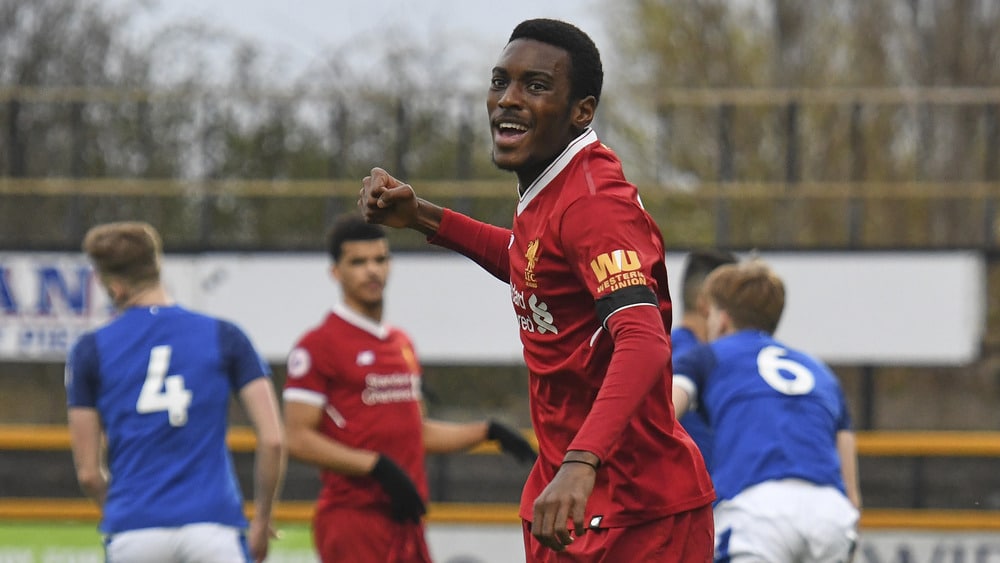 Liverpool U23s cruised to a 3-1 away win over rivals Everton in Southport on Monday evening, keeping them in with a shout of winning the Premier League 2 title.

Dominic Solanke opened the scoring from the spot for Neil Critchley's side, who then went two goals up when Everton's Lewis Gibson put the ball in to his own net.

Nathaniel Phillips scored the Reds' third as he finished from close range after a scramble at a corner. Bassala Sambou netted a consolation goal for Everton on the break.

Liverpool U23s have to beat Chelsea at home in their final league fixture of the season, whilst needing Arsenal to drop points against West Ham United in order to win the title.

Solanke, Danny Ward and Ben Woodburn - players around the first team this season - all started as part of a strong team.

Everton started the game in threatening fashion, and had their chances to take the lead - notably when Fraser Hornby headed a corner straight at Ward.

However, minutes later, Hornby impeded Conor Masterson in the box from Adam Lewis' free-kick. The referee duly pointed to the spot and Solanke stepped up to slot the ball into the back of the net. 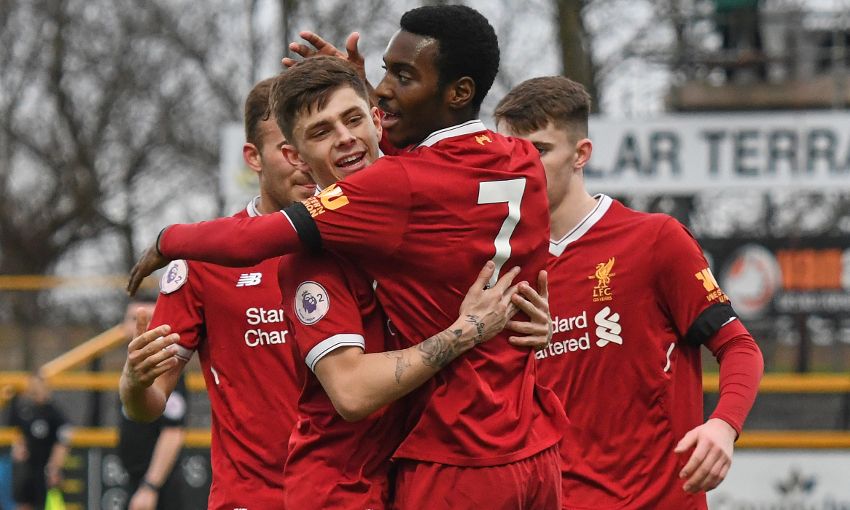 Liverpool U23s cruised to a 3-1 away win over rivals Everton in Southport on Monday evening, keeping them in with a shout of winning the Premier League 2 title (Image: Liverpool FC via Getty Images)

The Reds then went on to double their lead when Adam Lewis' pass in behind freed Rafa Camacho, who drilled in a threatening low cross that cannoned in off Gibson.

The hosts looked to have regained their composure and came close to getting their opener. Josh Bowler's drive and shot from midfield asked the question of Ward, who saved strongly to keep Everton out.

As the game wore on in the second half, the Reds looked to control the rhythm of the game with their comfortable two goal lead.

Solanke came close to making it three for the visitors, only for the striker's shot to be cleared off the line following great work from George Johnston in the area.

Phillips went on to secure the third for Liverpool with the centre-back doing well to flick a shot past the defenders on the line, following a corner.

Everton grabbed their consolation goal through Sambou, who did well to take in a ball over the top and poke an effort home.