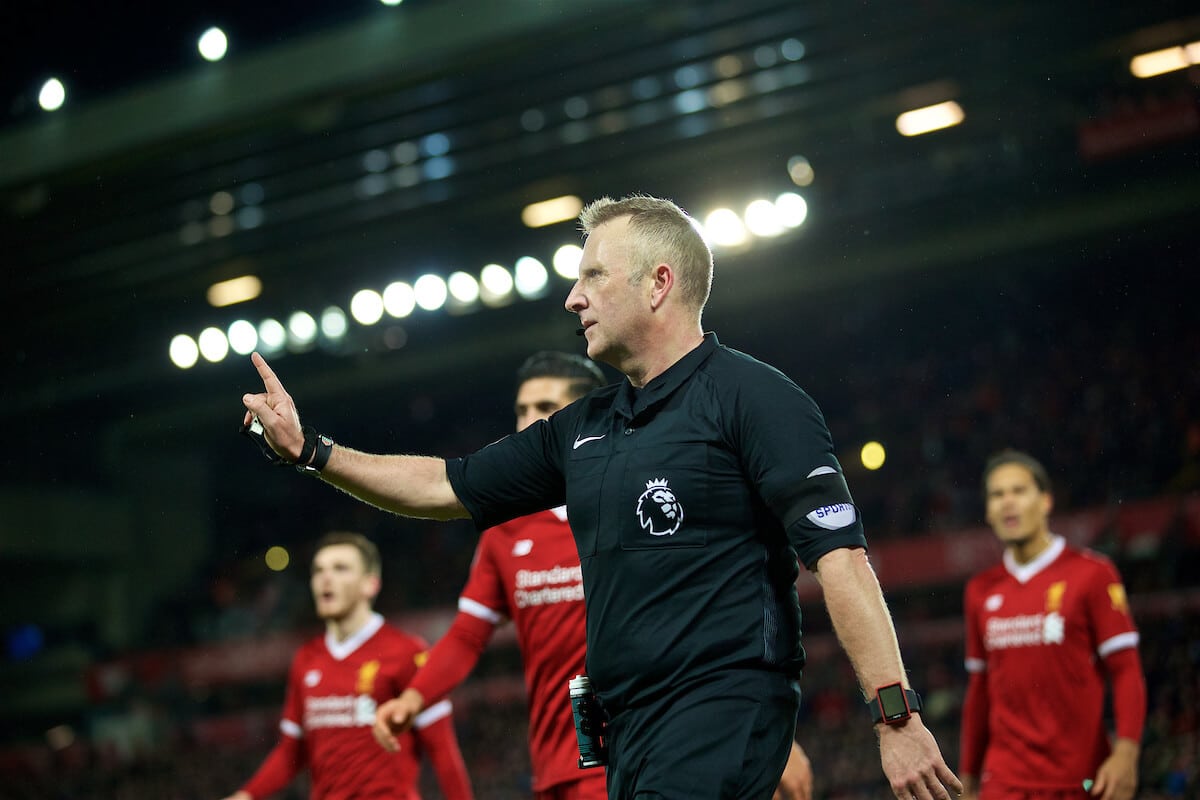 Liverpool’s clash with Crystal Palace will be officiated by referee Jonathan Moss, which could signal a bad omen for the Reds.

Liverpool face Roy Hodgson's side on Saturday, looking for a victory that will extend their lead, at least temporarily, to seven points at the top of the Premier League table.

The Reds have remarkably not lost points to a team outside the top six so far this season and they will hope they can continue that run with another win at Anfield.

Moss has been announced as the referee by the Premier League, which could be a bad omen if recent history is to go by.

The Sunderland-born referee has officiated seven league matches at Anfield, with the Reds winning just twice. 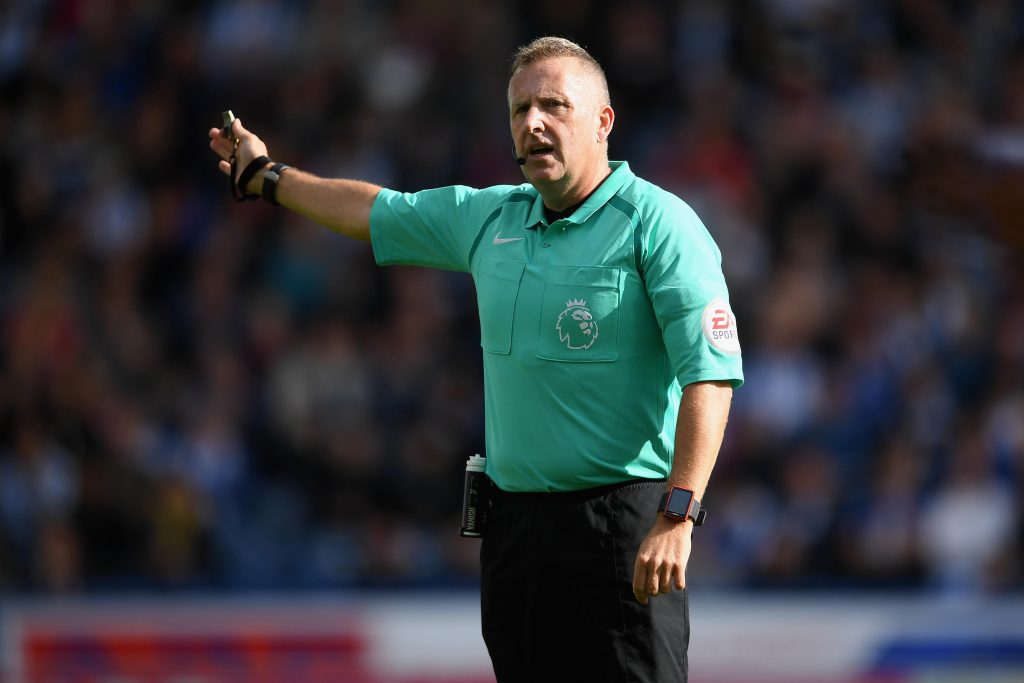 They also suffered two defeats at home under Moss, with one of them coming against Saturday's visitors, Palace, in the 2014/15 season. Goals from Jason Puncheon, Wilfried Zaha and Glenn Murray overturned Adam Lallana's opener to dramatically win the game 3-1.

The Reds had lost 3-1 to the Eagles earlier in the same season, when Moss was coincidentally also in charge.

Liverpool also took the lead on that occasion, via Rickie Lambert, before Dwight Gayle, Joe Ledley and Mile Jedinak all scored to hand the home side victory.

Moss also handed Sadio Mane a red card for a challenge on Ederson at the Etihad last year, a game which the Reds lost 5-0.

He was also the referee in charge for Liverpool's controversial 2-2 draw against Tottenham at Anfield last season, which prompted Jurgen Klopp to say Moss "wanted to be middle of interest and he is". 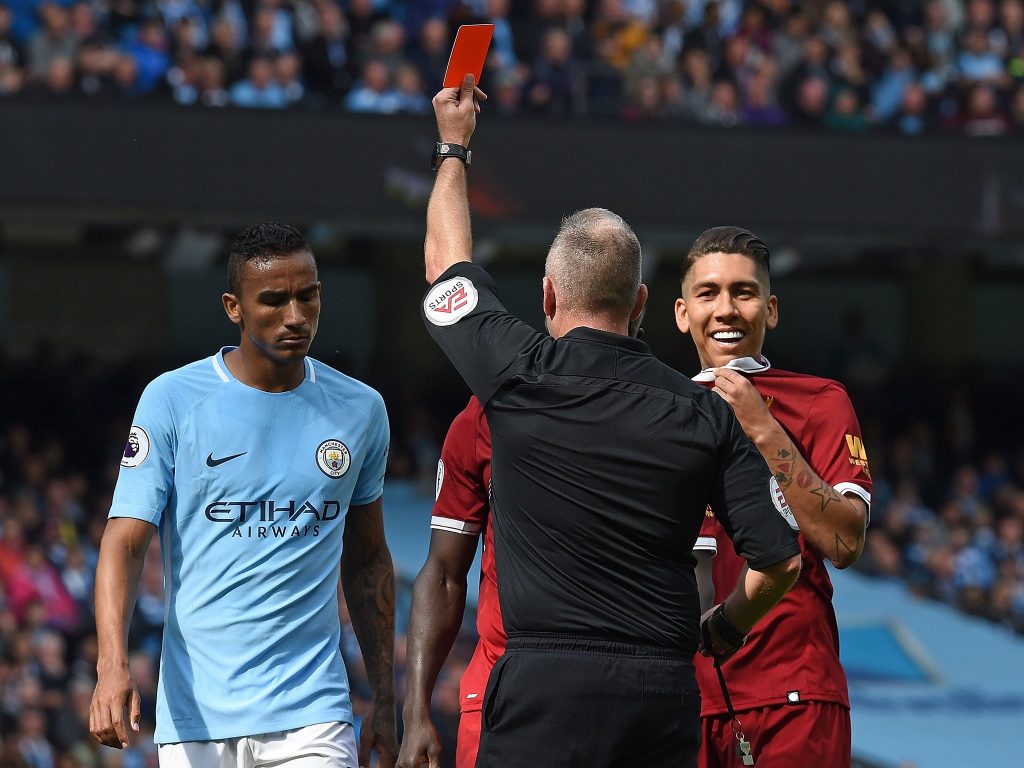 Mohamed Salah looked to have given Liverpool a 90th minute win, only for Harry Kane to convert a penalty given under dubious circumstances.

The Reds appealed for offside after Harry Kane judged Dejan Lovren's scuffed clearance to be put clean through, only to be brought down by Loris Karius in the box.

Moss admitted he wasn't aware whether it was a penalty during his conversation with assistant Eddie Smart, but proceeded to give the decision in Spurs' favour anyway.

"I've got no idea whether Lovren's touched the ball to be honest with you. Martin have you got anything on TV? I'm giving the penalty," he said.

Some supporters on social media have reacted to his appointment with frustration, with recent history still fresh in fans' minds.

Oh dear, he's by far the worst of the lot!

The last I remember of him was saying: " I'm giving a penalty" . Brainless dumb ayehole

He took charge of Liverpool’s 3-0 win at Watford earlier this season, giving Jordan Henderson his marching orders in the second half.