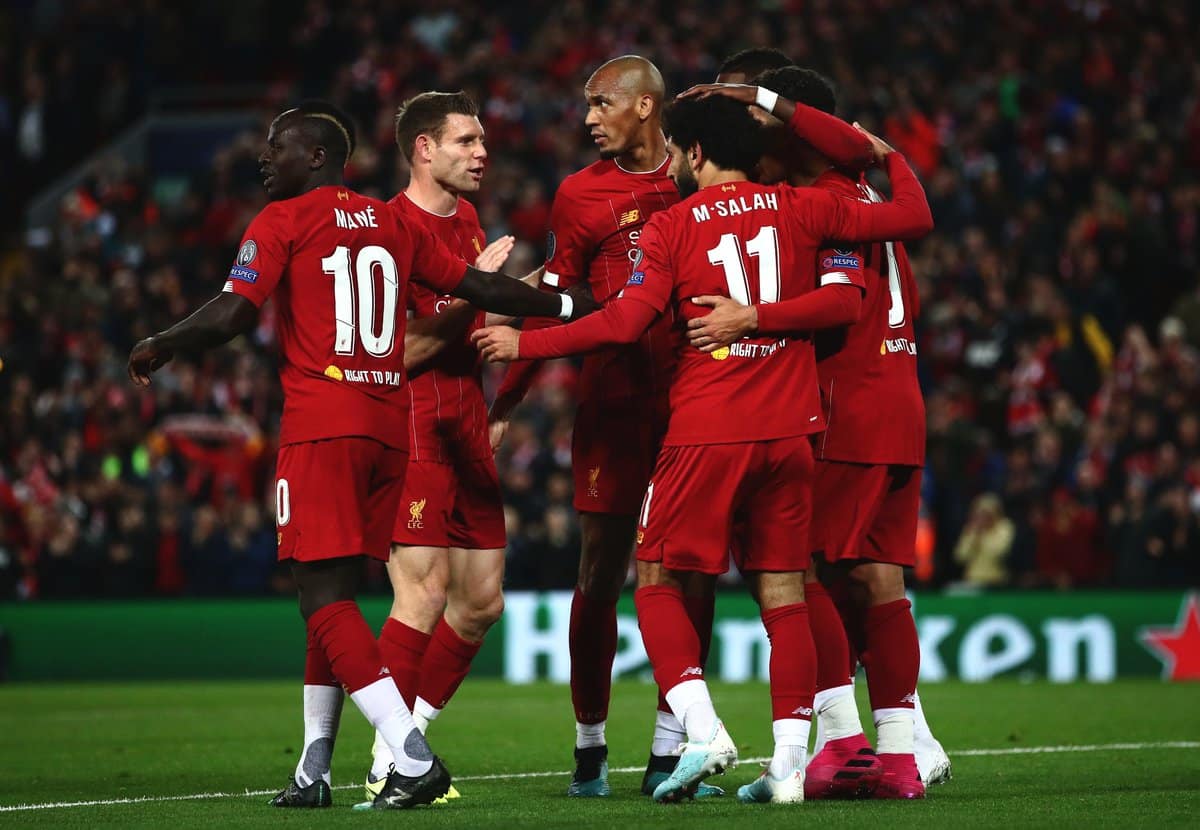 Liverpool vs RB Salzburg highlights - Liverpool edged RB Salzburg 4-3 in a seven-goal thriller at Anfield in the Champions League.

Liverpool got the defence of their European crown started as they picked up their first three points in this year's Champions League Group E.

It was a thrilling night for neutral supporters that began with the Reds storming into a 3-0 lead inside first 36 minutes against RB Salzburg.

The visitors pulled one back ahead of half-time before scoring twice after the restart to make it 3-3 on the hour mark and stun the Anfield crowd. 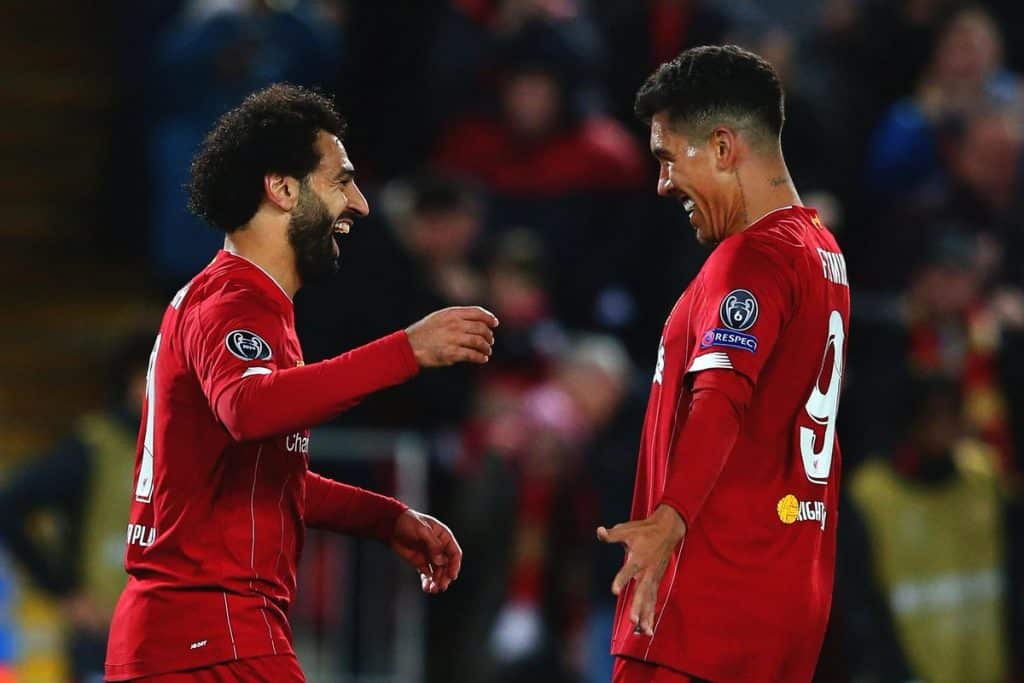 It was a nail-biting affair for those in the stands, however, Mohamed Salah scored his second of the game to hand Liverpool their first win in the Champions League this season.

The Reds started the game well and took the lead inside the opening ten minutes as Sadio Mane played a fantastic give-and-go with Roberto Firmino, who put the Senegalese through on goal. Mane did excellently with the finish, stroking it into the far post to make it 1-0.

They doubled their lead not long after as Andy Robertson surged through the midfield and played it inside to Jordan Henderson, who shifted it to Trent Alexander-Arnold on the right-wing. Liverpool then went 3-0 up after Firmino's header from a Mane cross was saved by Stankovic, only for the ball to fall to Salah, who could make no mistake with a close-range finish.

The visitors pulled one back just three minutes later as Hee-Chan Hwang got away from Virgil van Dijk and sent a powerful finish past Adrian.

They got their second ten minutes after the restart with Hwang involved once more. The South Korean sent in a cross from the left and found Takumi Minamino, who volleyed home from the edge of the box to make it 3-2.

A lacklustre Liverpool soon gave away their three-goal advantage as Jesse Marsch's side got the leveller on the hour mark with substitute Erling Braut Haaland tapping in from Minamino's low ball across the face of the goal. 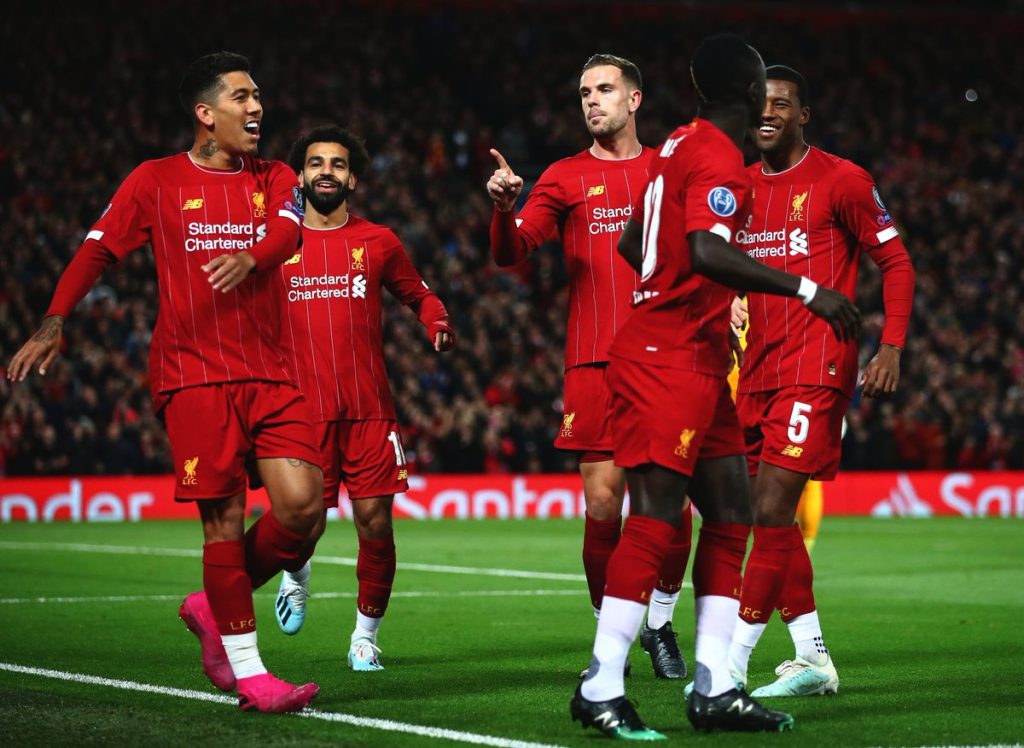 The Reds looked stunned but found their composure ten minutes later as Fabinho's prod forward was headed by Firmino into the path of Salah, who found a yard of space and finished powerfully past the keeper to make it 4-3.

Jurgen Klopp's side held on for the three points, leaving them in third place in Group E, behind Salzburg on goal difference and a point behind Napoli.

Disclaimer: Liverpool vs RB Salzburg highlights, goals and full-match videos are provided and hosted by external sources, notably DailyMotion and Content-Ventures. We help you discover publicly available material and act as a search engine. We do not host or upload this material and are not responsible for the content.