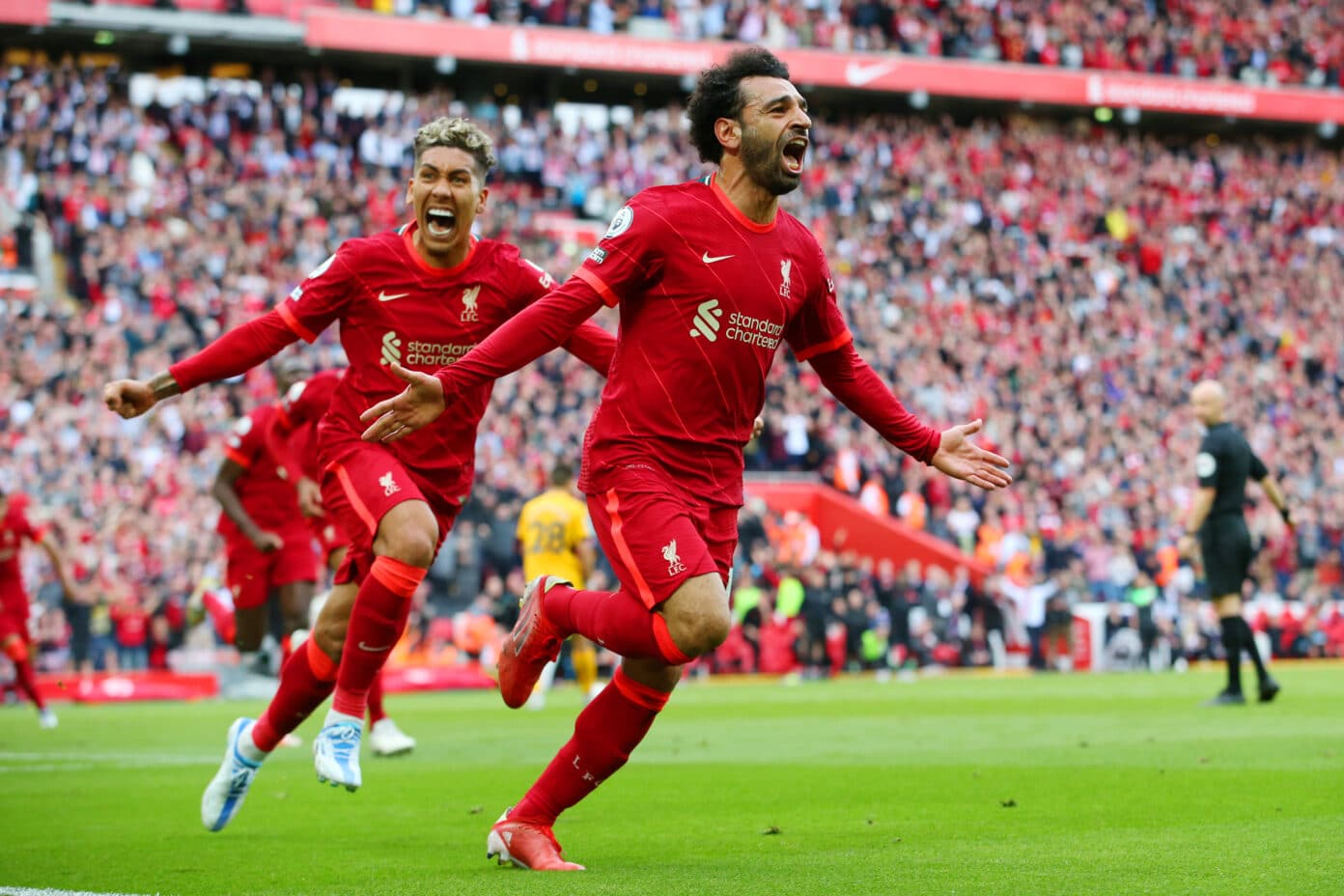 Liverpool vs Wolves highlights: Watch the goals and highlights as the Reds beat Wolverhampton Wanderers 3-1 in their final Premier League clash of the season.

It was a dramatic last day for the Reds, who had real hope of pipping Pep Guardiola's side to the title, but a winning finish wasn't enough as Manchester City came back from two goals down to earn a 3-2 win over Aston Villa to seal first place.

The Reds knew the task at hand - win or fail to put themselves in contention of capitalising on a Man City slip-up on the final day of the season - and their job was made harder inside the opening three minutes as Wolves took a shock lead in front of the Kop.

A mistimed jump from Ibrahima Konate saw Raul Jimenez pick up the long ball in behind and arrow a low cross into the penalty area, with Pedro Neto arriving into the box and slotting home with ease to put Bruno Lage's side 1-0 up.

But Sadio Mane restored parity after being found by an expert flick by Thiago as he rounded off an outstanding and relentless Reds response to the early goal to make it 1-1 with a finish inside the near post.

Liverpool were further encouraged by news of Aston Villa leading against Pep Guardiola's side, but the Reds still required another goal as they went into the break on level terms.

The chances largely dried up in the second 45 minutes but the Reds continued to dig up and they were buoyed further by former midfielder Philippe Coutinho doubling Aston Villa's advantage with 20 minutes left.

Jurgen Klopp's side struggled to add a second and they were soon discouraged by further events from the Etihad as City completed a turnaround to make it 3-2 - making the outcome at Anfield a formality if their result were to hold.

Salah ensured the Reds completed their side of the deal as he turned home from close range before Andy Robertson added another to make it 3-1.