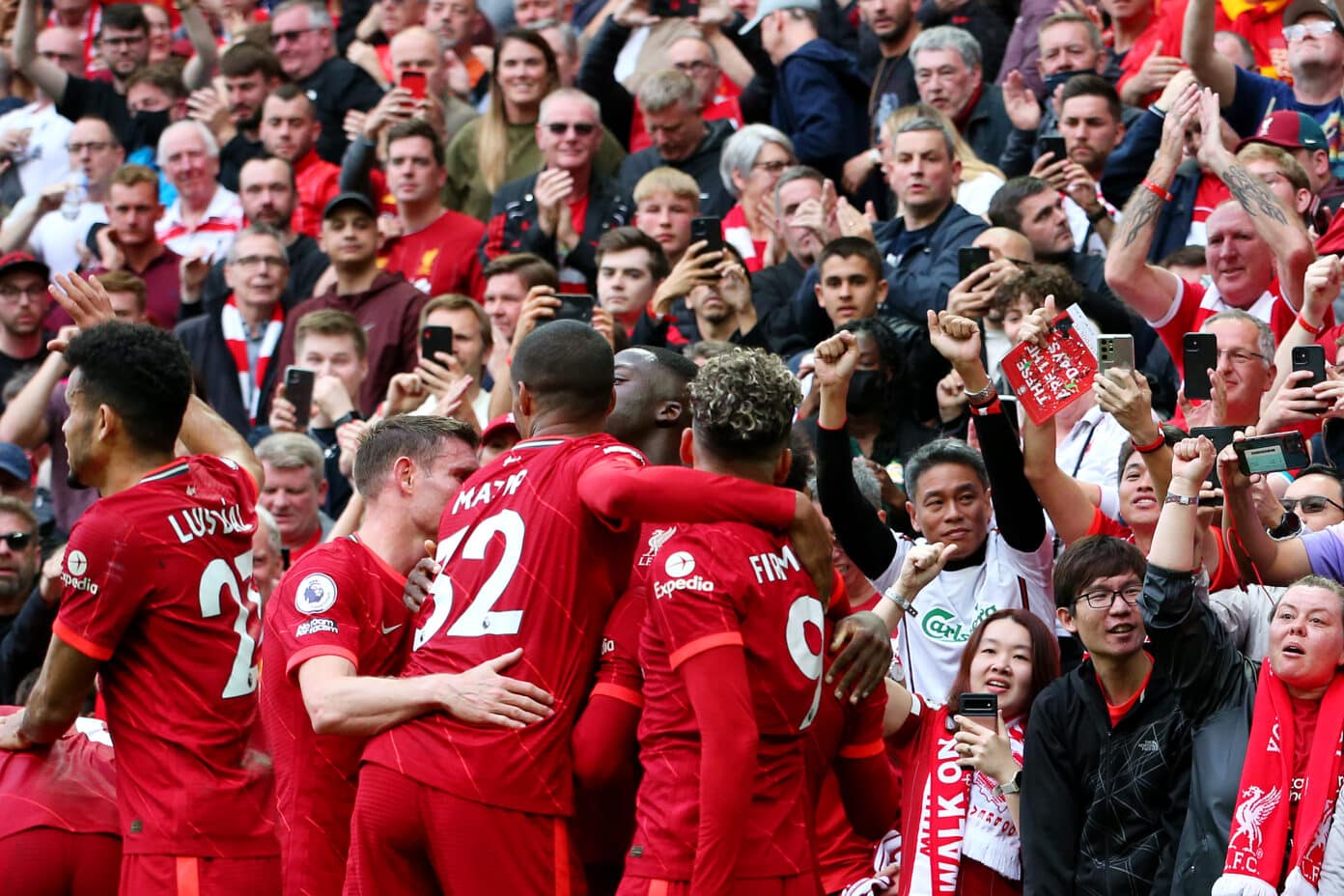 Liverpool did their part but fell short to Manchester City in the Premier League title race following a dramatic final day of the season.

The Premier League title race went to the wire as Sadio Mane cancelled out an early Wolves opener by Pedro Neto to make it 1-1 at the break, whilst Steven Gerrard's Aston Villa side led against Manchester City at half-time to give the Reds real hope of lifting the title.

Liverpool were left frustrated as Wolves' defence held strong and restricted their chances to keep the score at 1-1, whilst Man City recovered from going two goals behind at the Etihad to make it 3-2.

Mohamed Salah and Andy Robertson netted in the final ten minutes to seal a 3-1 win, but City held their nerve and saw out the win to pip the Reds to the title by one point. 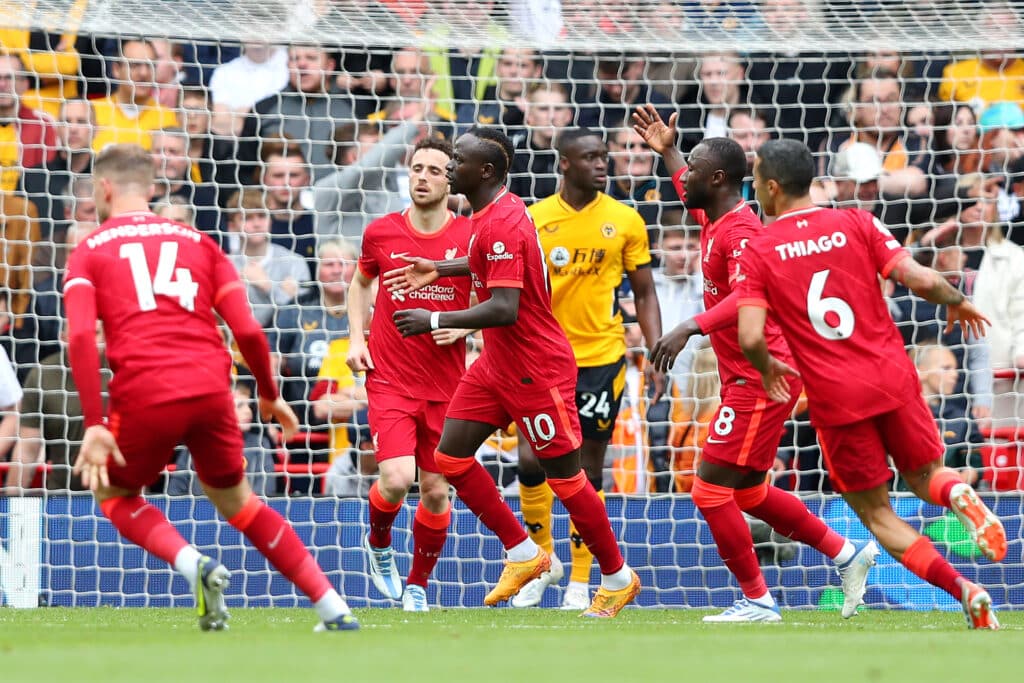 Jurgen Klopp made seven changes to the much=changed side from midweek as the big guns returned to the starting eleven, although Virgil van Dijk and Mohamed Salah were named on the bench and Fabinho continued to miss out with a knock.

It was a raucous atmosphere at Anfield, but it was the visitors that made a shock early breakthrough. Ibrahima Konate's misjudged header allowed Raul Jimenez the chance to get in behind before the Wolves striker found Pedro Neto inside the box for the Portuguese forward to tap home in front of a stunned Kop.

Joel Matip flashed wide from a header as the Reds looked for an immediate response before Luis Diaz had a shout for a penalty turned down after beating goalkeeper Jose Sa to the ball after being played through on goal.

Diaz got in behind again moments later as Andy Robertson found his run towards the byline before the Colombian cut back across the six-yard box, but there was a lack of Liverpool bodies in the area as a huge opportunity went begging.

Liverpool looked dangerous going forwards and they could have found a leveller through Naby Keita, but his goalward effort from close range was blocked by defender Toti Gomes. Diogo Jota then saw his effort blocked following excellent build-up play from Klopp's side, who were undoubtedly knocking on the door. 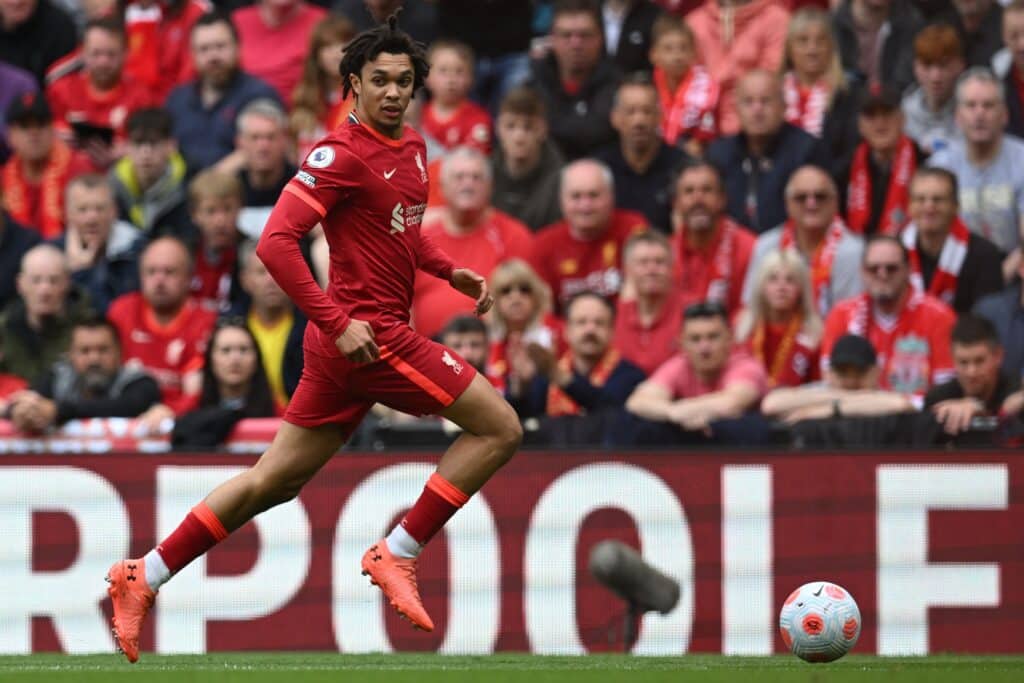 Leander Dendoncker nearly doubled Wolves' advantage against the run of play after Neto had found space behind Trent Alexander-Arnold, but the Belgian international was unable to turn home Neto's low cross towards the near post.

Neto was forced off with a knock moments later and his withdrawal was soon followed by the Reds getting back on level terms, with Thiago's exceptional backheel flick seeing Sadio Mane get in behind before the Reds forward made no mistake with his finish to make it 1-1.

Liverpool needed to be wary of the game getting too frenetic whilst they poured bodies forward, with Wolves continuing to remain a threat on the counter-attack. However, news of Manchester City going 1-0 down against Aston Villa increased the intensity inside the stadium, with the clash showing no signs of simmering.

The Reds were dealt a blow just before the break as Thiago pulled up with a muscle injury and went straight down the tunnel, putting his involvement in the Champions League final next weekend in doubt. James Milner came on to replace the Spaniard at the interval.

Liverpool thought they had completed the comeback within five minutes of the restart as Jota slipped Mane in behind, but the linesman rightly flagged for offside to thwart the celebrations in front of the Kop. 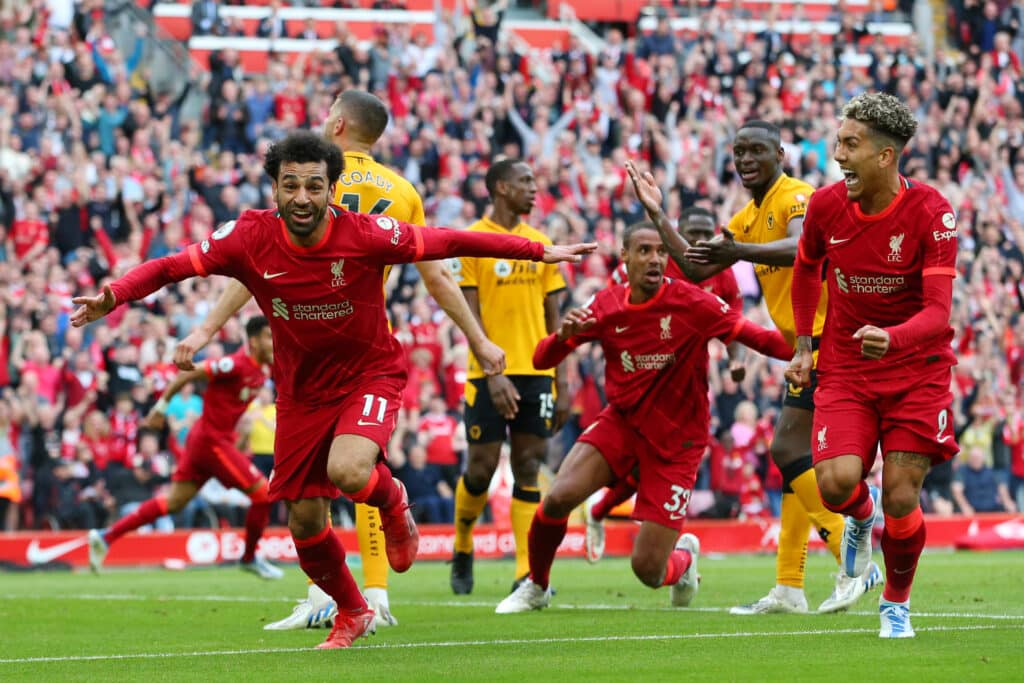 With a little over 30 minutes left on the clock, Klopp turned to his bench and introduced Mohamed Salah in place of Jota in the hope of a winner. City, meanwhile, were still down at the Etihad and needed two goals to cast the Reds out of the title race.

Liverpool struggled to match the intensity of the first half and there were few chances of any note as Wolves kept their shape and put in a resilient defensive display to frustrate Klopp's side.

Alexander-Arnold picked up the ball in midfield and had a sighter at goal with a sliced finish from the edge of the box, but substitute goalkeeper John Ruddy was up to the task to palm the ball away.

Salah had a glorious chance to put the Reds ahead after he latched on to Keita's pass following a mistake, but the Egyptian was unable to force his shot through.

News of Philippe Coutinho putting Aston Villa 2-0 up against Man City meant Pep Guardiola's side needed an unlikely three goals to secure the title, but the Reds still needed to find a winner in the final 20 minutes. 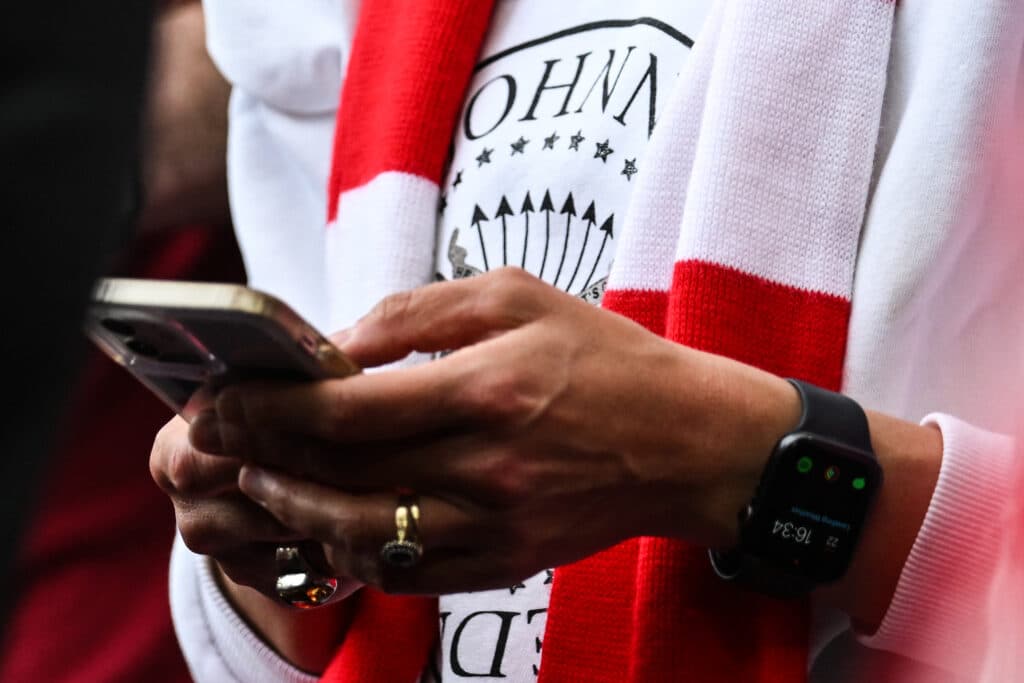 Roberto Firmino came on for the Reds in place of Keita as Klopp made his final alteration of the afternoon, with the hosts urged on by a deafening atmosphere inside Anfield.

The changes did little to further the Reds' attacking rhythm as they struggled to create any openings, whilst they were further discouraged by Manchester City coming from two goals behind to make it 3-2 - a result that put the Reds out of the title reckoning.

Salah put the Reds ahead inside the final ten minutes as he turned home from close range after Joel Matip had seen his header cleared off the line, with Liverpool doing their job but still relying on City to ship a third goal.

Andy Robertson added another goal in the closing stages but Liverpool ultimately fell short to Manchester City, who held on to their advantage to seal the title by a point.

It's been a remarkable campaign for the Reds, and the best could be yet to come in the Champions League final in Paris next week.