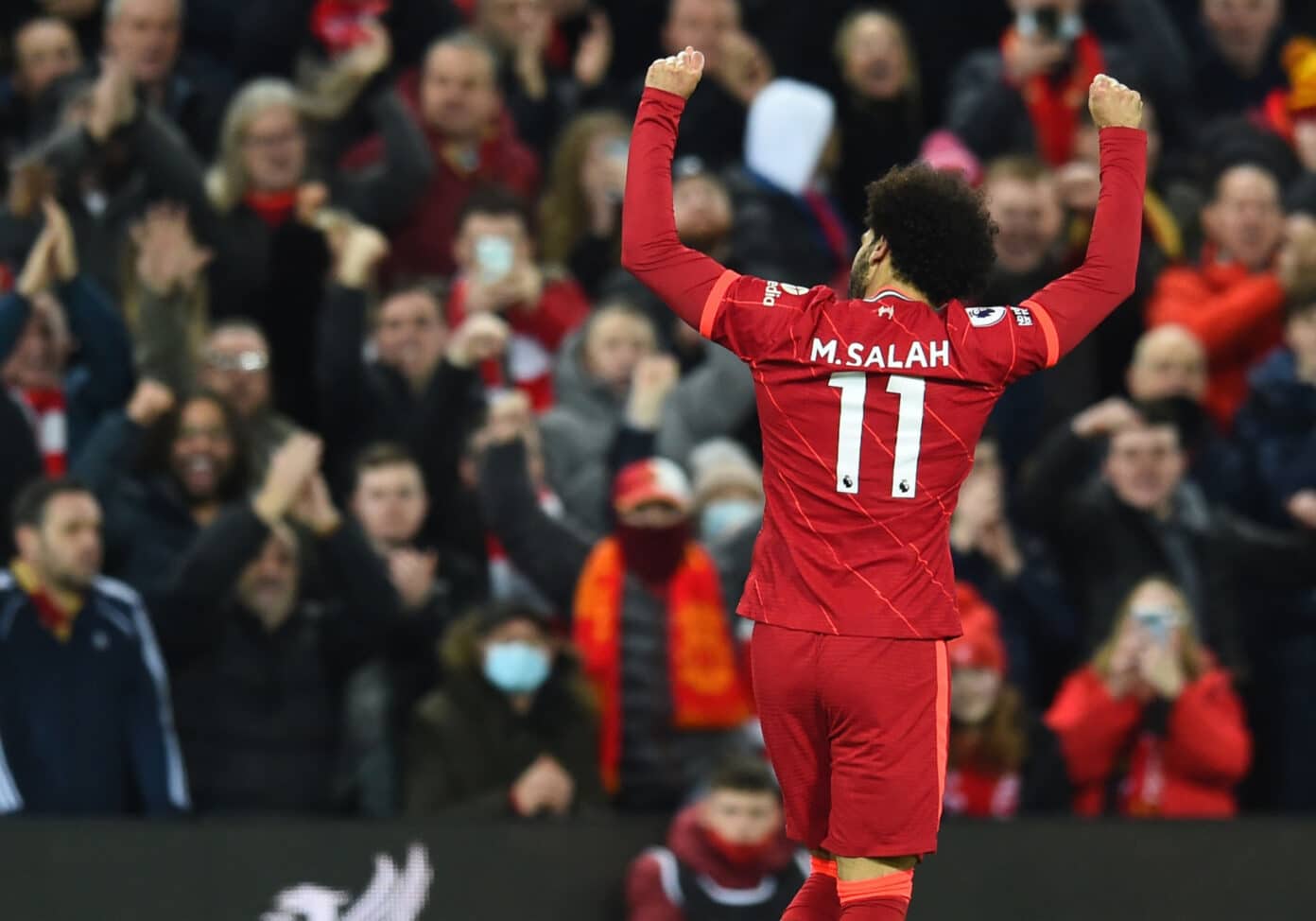 Liverpool vs Newcastle United highlights: Watch the goals and extended highlights as the Reds beat Newcastle 3-1 at Anfield in the Premier League.

Liverpool looked to make a fast start to the game but there was an early plot twist as former Reds midfielder Jonjo Shelvey put the visitors 1-0 up with a well-placed finish from outside the box in front of the Kop following a Thiago clearance.

However, Jurgen Klopp's side found an equaliser just after the 20-minute mark as Diogo Jota's header was saved by goalkeeper Martin Dubravka before the Portuguese tapped the rebound home to make it 1-1.

Liverpool survived a scare from Allan Saint-Maximin as Alisson saved well from the Frenchman's powerful strike before Mohamed Salah put the Reds 2-1 ahead with 25 minutes on the clock.

Mane capitalised on Shelvey's misplaced backpass before riding Fabian Schar's challenge and getting a shot off at goal which was parried by Dubravka, with Salah reaching the rebound and tucking the ball home with ease.

Despite dominating possession, Liverpool failed to get started in the second half as Eddie Howe's side frustrated the hosts and made it difficult for them to find any gaps in behind.

But Trent Alexander-Arnold finally struck late on in the second half to secure all three points for the Reds, with the right-back unleashing a powerful drive into the top corner in front of a jubilant Kop to make it eight successive wins in all competitions.