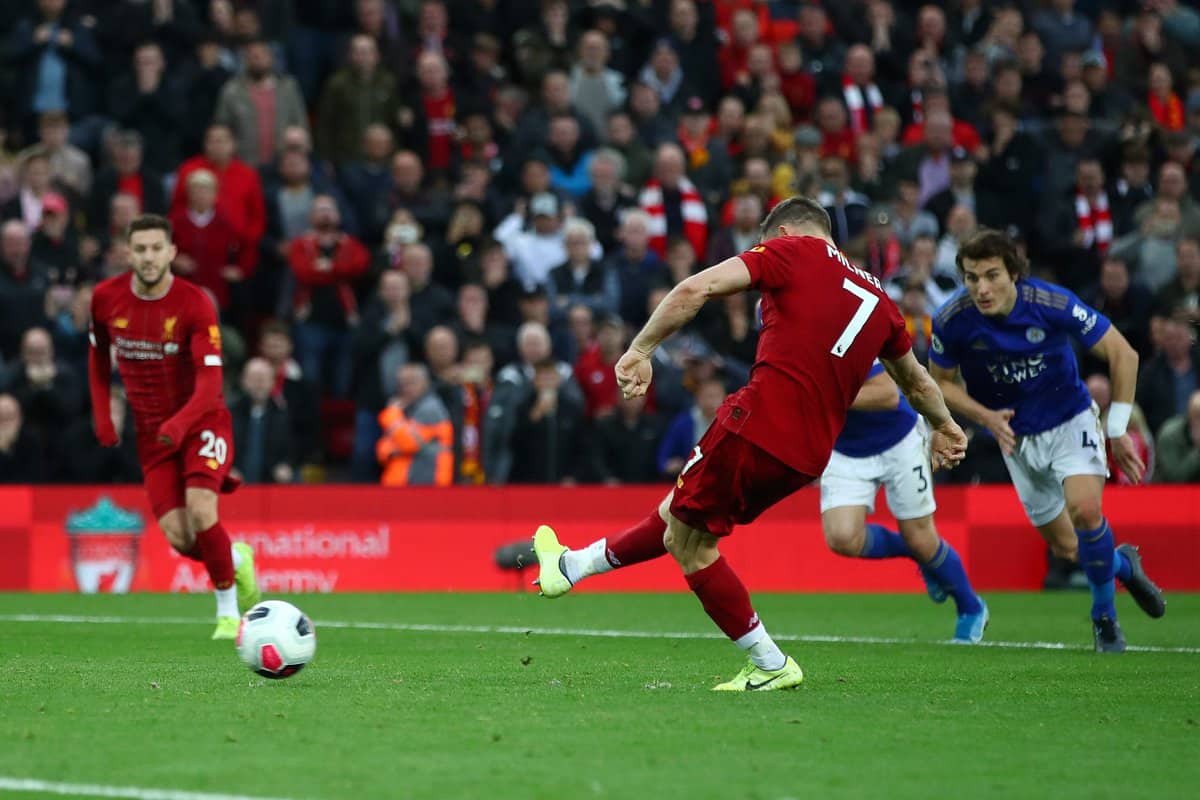 Liverpool vs Leicester highlights - Liverpool continued their winning run in the Premier League with a late 2-1 win over Leicester City.

Jurgen Klopp made two changes to the side that beat Salzburg 4-3 at Anfield three days ago as Dejan Lovren and James Milner replaced Joe Gomez and Jordan Henderson in the starting eleven.

Liverpool, who were forced to face the Kop in the first half, started with Roberto Firmino playing on the left-wing, with Mohamed Salah attacking through the middle.

An early chance saw Trent Alexander-Arnold nutmegging Ben Chilwell and lifting in a cross for Milner, who couldn't control the half-volley and blazed over Kasper Schmeichel's goal. 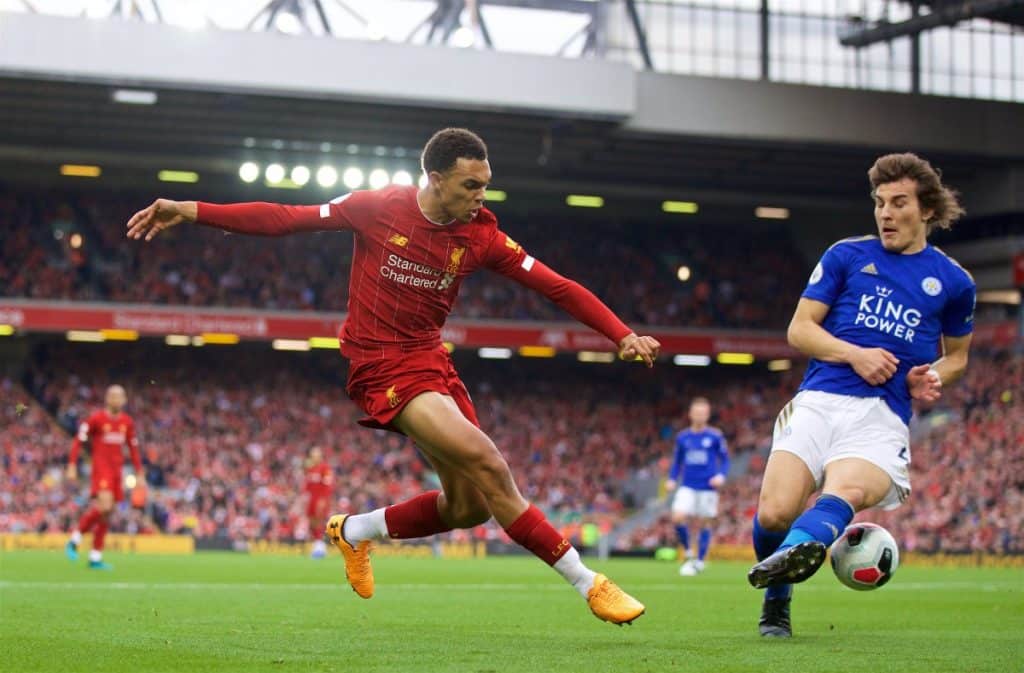 It was a tight opening 20 minutes although Liverpool looked the better of the two sides. Leicester grew into the game as the half wore on and made life difficult for Jurgen Klopp's side, however, the Reds kept possession well and thwarted the Foxes' attacks.

Another excellent cross from Alexander-Arnold almost reached the stretching Firmino, however, the Brazilian forward couldn't turn it home to give Liverpool the lead.

With a little over five minutes to go in the first half, Milner's fantastic lofted ball found Sadio Mane, who managed to get in behind the visitors' defence and tuck the finish away superbly to score his 50th Liverpool goal.

He then came close to doubling the Reds' lead as he got on the end of Firmino's cross, however, Schmeichel was up to the task and denied the Senegalese attacker. 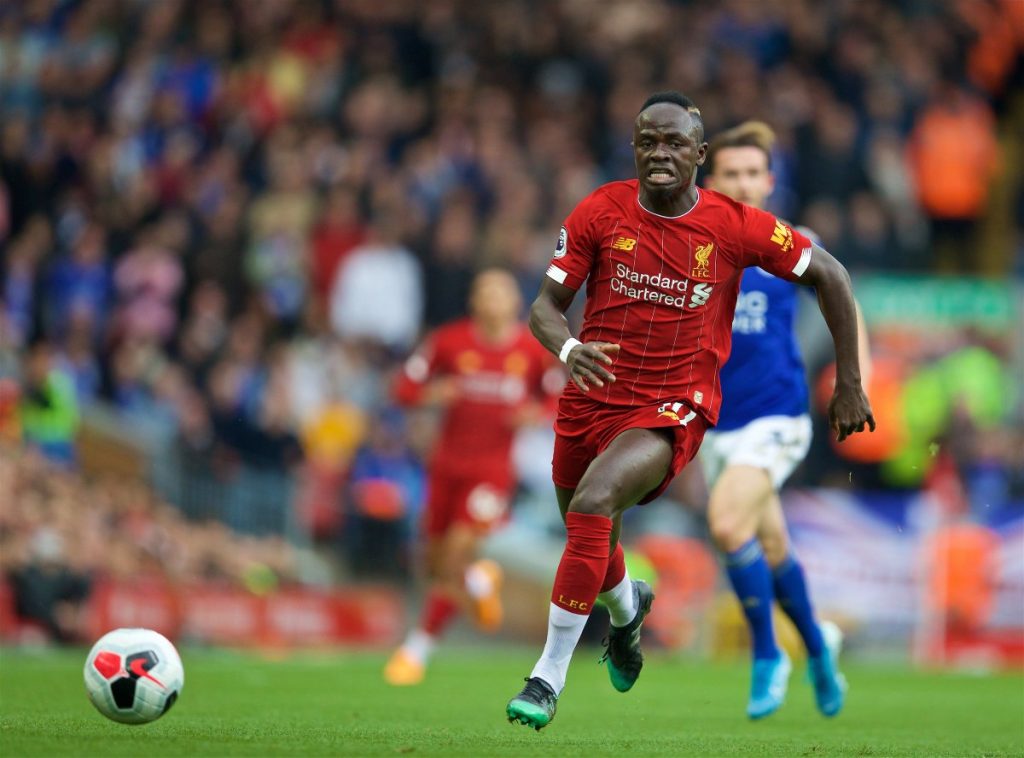 He kept Leicester in the game just after the interval as he saved from Salah's effort before Evans did the same by keeping the Egyptian and Mane at bay minutes later, with the duo linking up fantastically in the build-up.

Liverpool's intensity dipped towards the latter stages of the half as Leicester came close twice via Jamie Vardy and Dennis Praet.

They managed to get the equaliser with ten minutes to go as substitute Ayoze Perez found James Maddison, who tucked home past Lovren and through the legs of Adrian in front of a stunned Kop.

With time running out and the Reds seemingly having to accept the draw, they were given a late chance after Marc Albrighton brought down Mane in the box, with VAR confirming the referee's penalty decision.

The reliable Milner stepped up to convert from the penalty spot, handing Liverpool their eighth consecutive Premier League win at the start of this season.

Disclaimer: Liverpool vs Leicester City highlights are provided and hosted by external sources, notably DailyMotion and vidstreamup.com. We help you discover publicly available material and act as a search engine. We do not host or upload this material and are not responsible for the content.