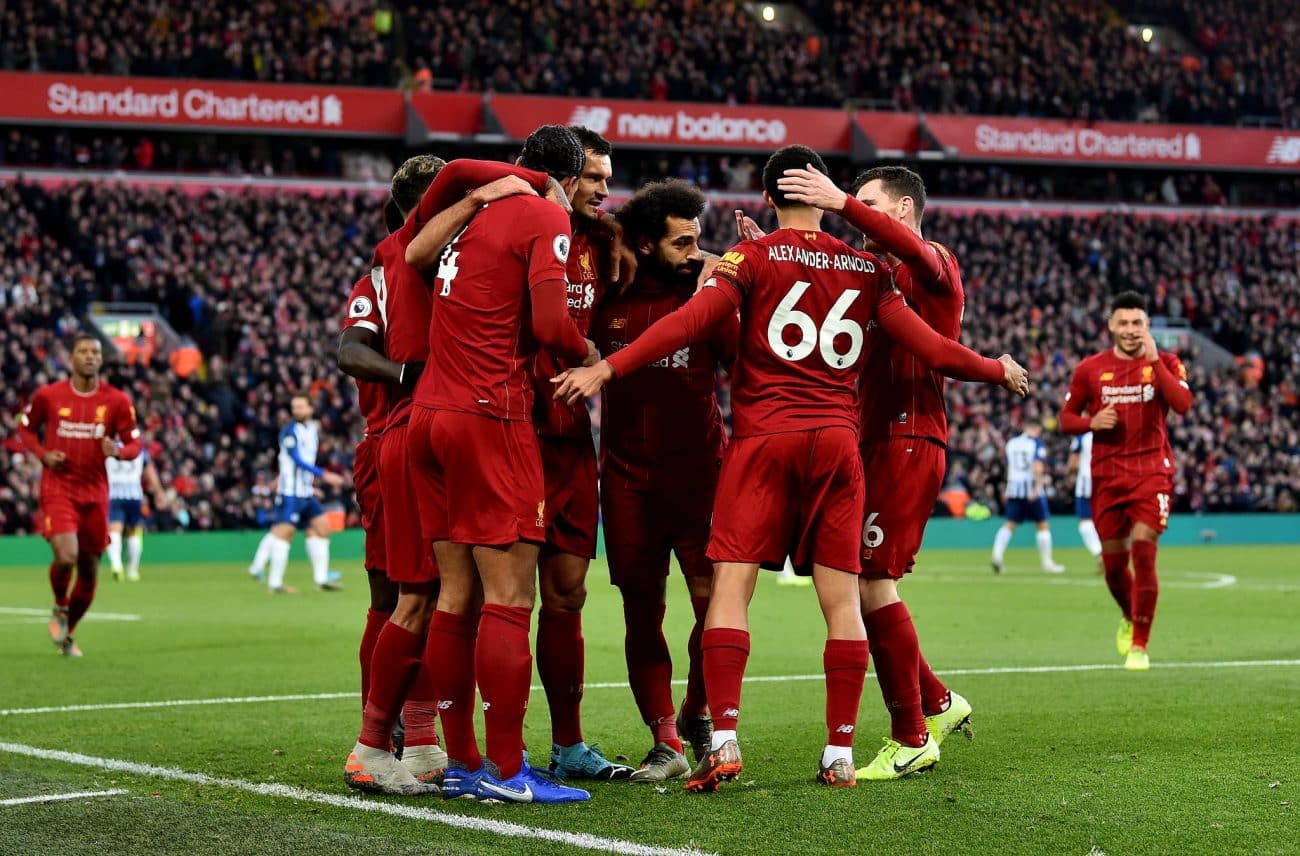 Liverpool vs Brighton highlights: Virgil van Dijk netted a brace as Liverpool edged past Brighton 2-1 at Anfield on Saturday.

Jurgen Klopp made three changes to his Liverpool side as Trent Alexander-Arnold, Gini Wijnaldum and Alex Oxlade-Chamberlain came into the starting eleven.

It was a fairly scrappy start to the game, but the Reds were clearly looking for gaps in a well-drilled Brighton defence as they switched the ball from side to side and tried to impose their game on the visitors. 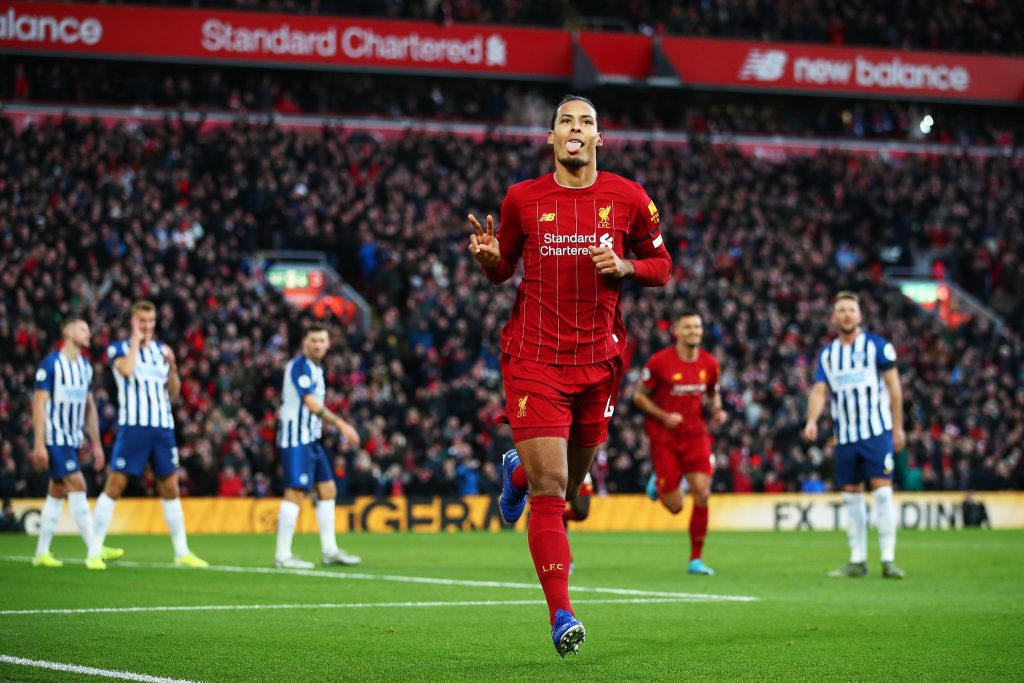 Roberto Firmino had an early chance from the edge of the box as he drilled a low strike towards goal. However, Brighton goalkeeper Mat Ryan saved superbly to deny the Brazilian.

Liverpool kept at it and took the lead just minutes later as Virgil van Dijk got on the end of Alexander-Arnold’s pin-point free-kick and headed home past Ryan to make it 1-0.

Firmino and Sadio Mane then both had attempts from close-range as Liverpool looked to inflict more damage to the Seagulls, however, Ryan was up to the task on both occasions.

The Reds got their second in 24th minute and it was a repeat of the first goal as an Alexander-Arnold corner was turned in by van Dijk, who ran in and rose highest to nod home with a powerful header.

Despite Liverpool looking like running away with the game, Brighton managed to thwart their momentum and could have pulled one back themselves through Lewis Dunk, only for the Seagulls captain to squander a great chance. 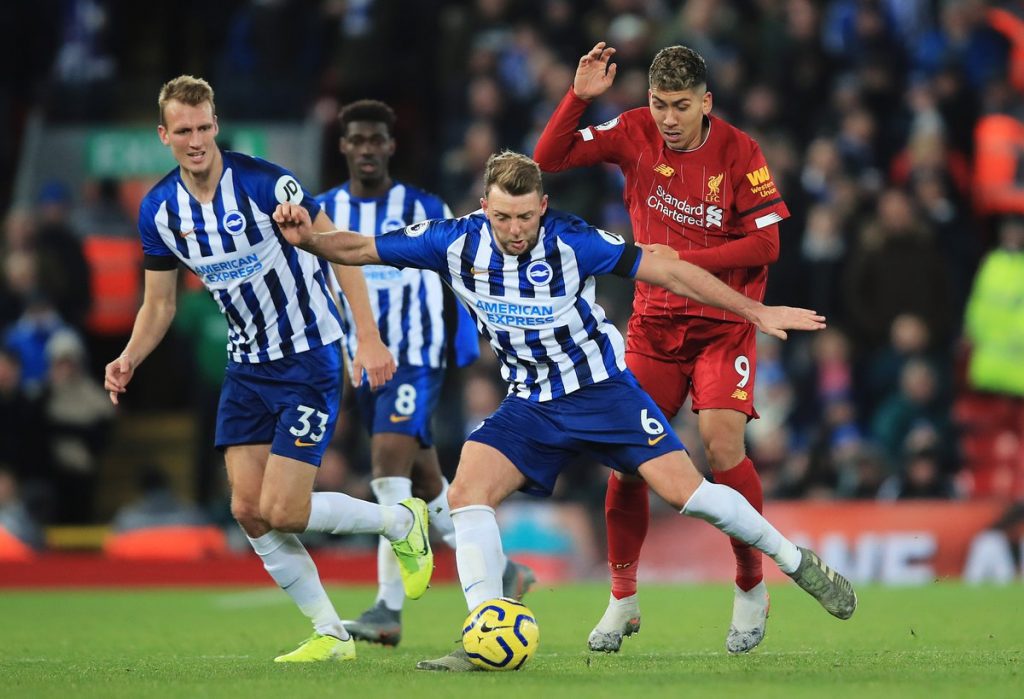 The Reds stepped off the gas in the second half, with the Anfield crowd getting slightly frustrated with their side for being careless in possession and allowing the visitors the ball.

However, they could have scored their third when Andy Robertson did brilliantly on the left and sent in a troubling cross that fell to Oxlade-Chamberlain, however, the midfielder’s shot was agonisingly blocked and turned behind.

A long ball from Brighton saw Alisson needlessly come out of his box, only for Leandro Trossard to edge him to it and hit the ball on to his hand, resulting in the Reds goalkeeper being sent off.

Adrian came on for Oxlade-Chamberlain to replace Alisson, only to immediately concede from the ensuing set-piece after Dunk took it early and surprised the Reds to make it 2-1.

Brighton began to dominate the ball and had well over 70 percent of possession in the closing stages as they continued to pressure the Reds defence.

Despite the late drama, Liverpool managed to hold on and kept Graham Potter’s side at bay to earn themselves another three points.

The result means Liverpool have equalled their all-time club record for the most games unbeaten, whilst they are the first side to reach 40 points in the Premier League this season. 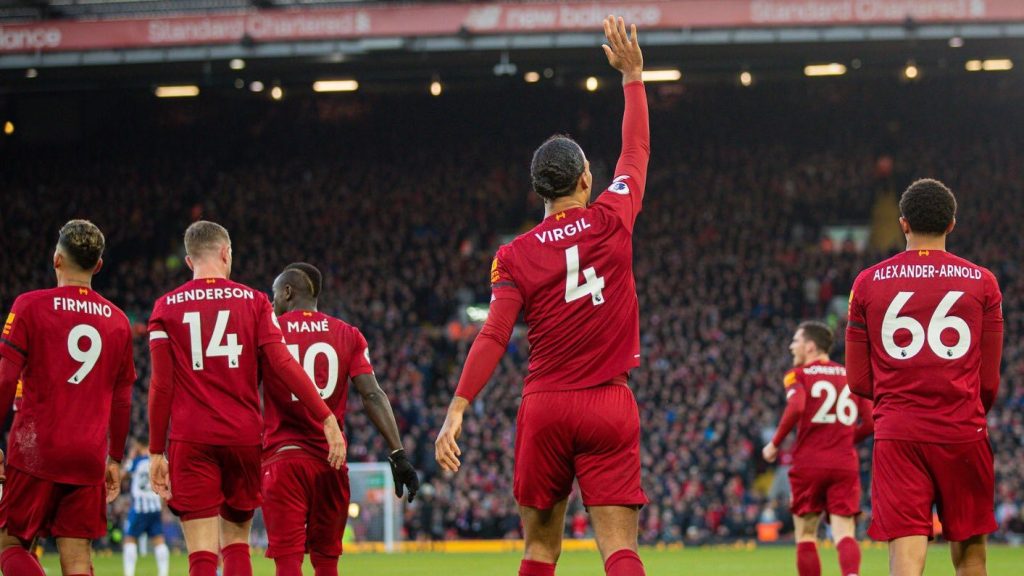 They lead reigning champions Manchester City by a staggering eleven points after fourteen games, with the focus now on beating Everton in midweek to consolidate their position at the top of the table.

Disclaimer: Liverpool vs Brighton highlights are provided and hosted by external sources, notably DailyMotion, Youtube and forstreams.com. We help you discover publicly available material and act as a search engine. We do not host or upload this material and are not responsible for the content.