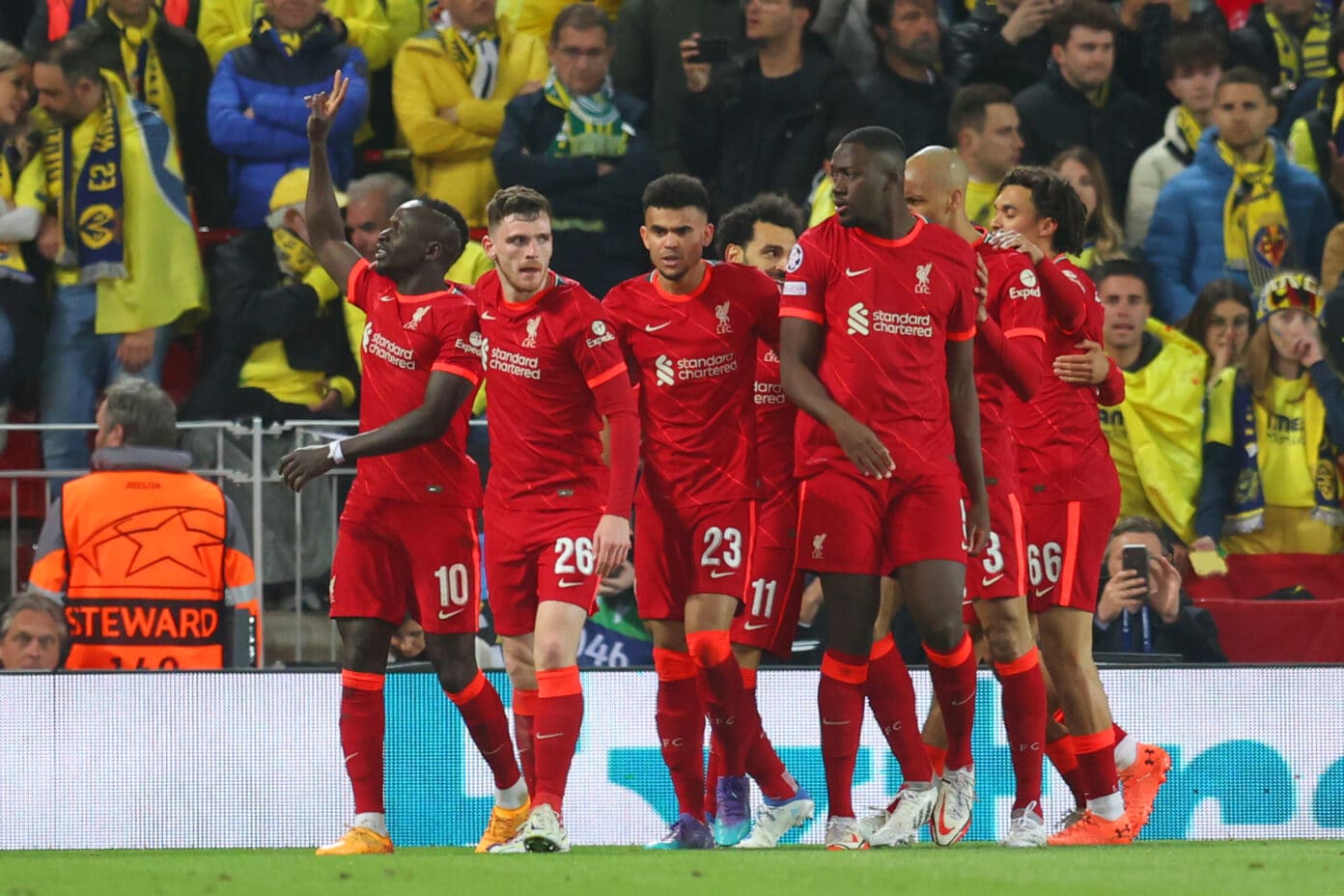 Liverpool earned a hard-fought 2-0 win against Villarreal in the first leg of their Champions League semi-final tie at Anfield on Wednesday night.

Liverpool were unable to make their dominance count in the first half against a well-drilled Villarreal defence, who defended well but rode their luck at times, with the Reds left goalless and frustrated at the break.

Jurgen Klopp's side started the second half strongly and two goals in quick succession put them in control on the night, with Jordan Henderson's deflected cross finding its way into the back of the net before Sadio Mane poked home to give the Reds a 2-0 lead.

It looked ominous for the visitors at times but they did well to keep the deficit to just two, but the Reds remain in pole position ahead of the second leg in Spain next week, with their hopes of booking a place in the Champions League final undoubtedly bolstered. 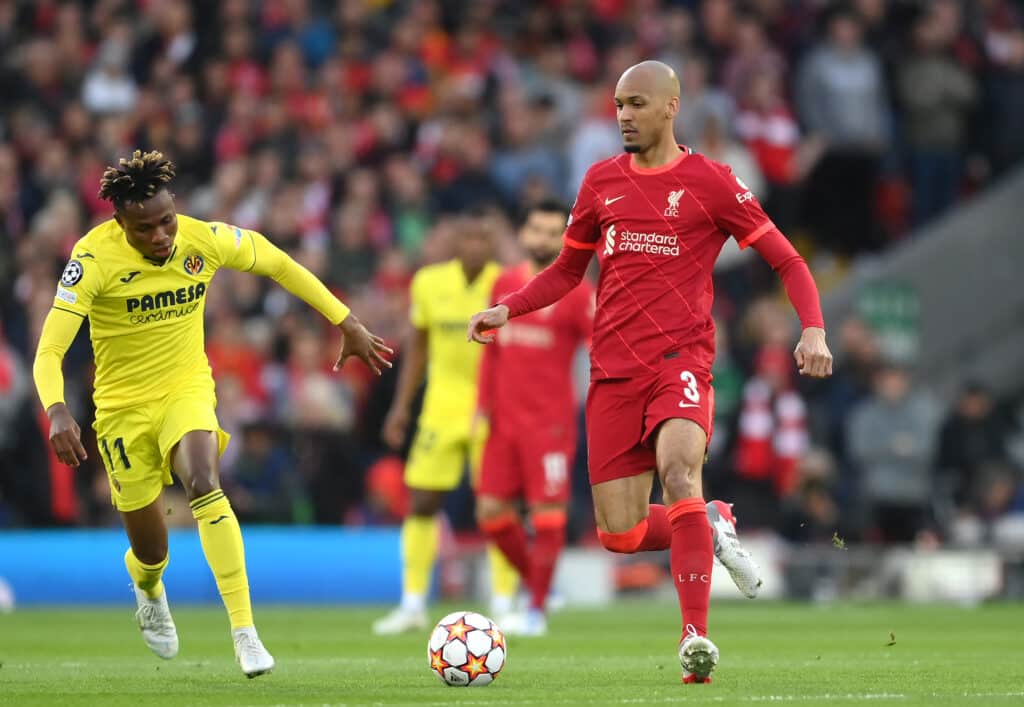 The boss made three changes to the side from midweek as Ibrahima Konate started in place of Joel Matip, whilst skipper Jordan Henderson returned to midfield and Luis Diaz replaced Diogo Jota in the front three.

The Reds' best opportunities in the opening stages fell to Sadio Mane, who was unable to control Konate's knockdown following a Reds corner before his header from Mohamed Salah's incisive cross went well wide of the goal.

Diaz was a livewire down the left and his curling strike went in search of the far post after cutting inside from the left, but goalkeeper Geronimo Rulli was close enough to the ball to make a relatively comfortable save.

The Reds were undoubtedly getting into some threatening positions but they were forced to be patient against a resilient Villarreal defence, who did well to thwart the final ball and deny Liverpool the chance to build up ahead of steam.

Clever link-up play between Mane and Salah saw the former fend off pressure inside the box and set the onrushing Salah up for a shot at goal, but the Egyptian overcooked his strike towards the far top corner. 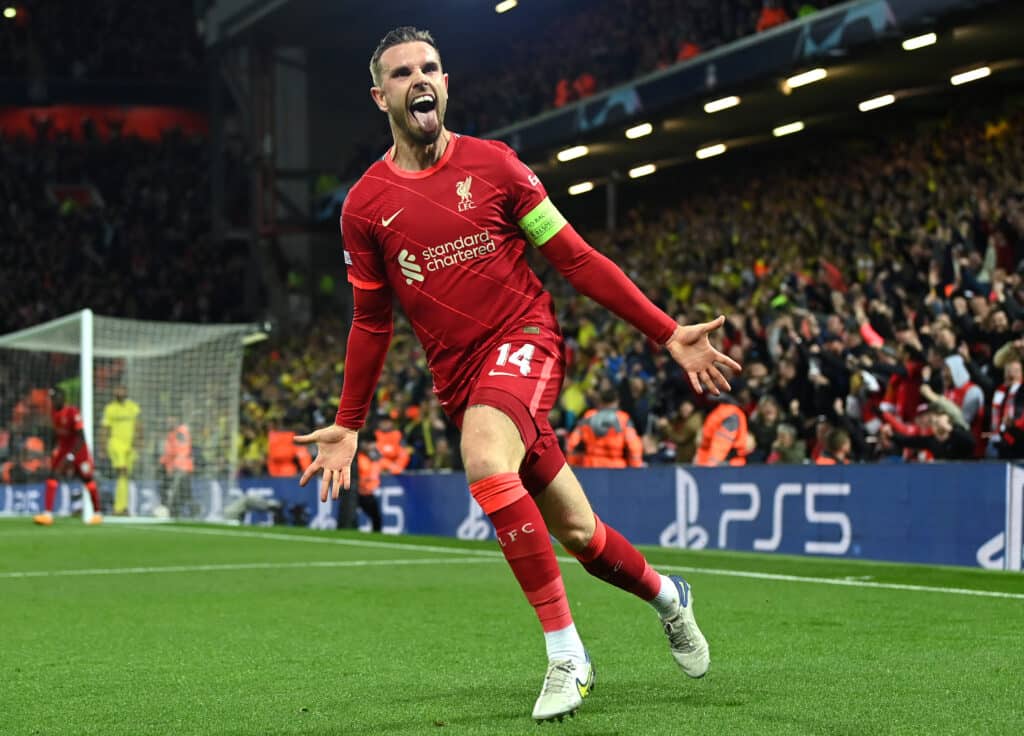 A powerful strike by Diaz after cutting inside once again drew another save out of Rulli before Mane turned and took the ball on the half volley from the edge of the box, with Villarreal getting enough bodies in the way to deflect the ball behind.

An excellent first-time cross by Trent Alexander-Arnold following Andy Robertson's cross-field pass was met by Salah on his right foot, but his strike failed to trouble the goalkeeper as it soared into the Kop.

Liverpool came closest just before the interval through Thiago's darting strike from the best part of 30 yards out, but the Spaniard's effort agonisingly crashed against the upright of the post after beating Rulli in goal.

The Reds came out of the blocks after the break as they looked to up the ante and Fabinho had the ball in the back of the net from a corner but Virgil van Dijk was adjudged to be offside from Mane's nod back into the six-yard box.

However, it didn't take long for Liverpool to make the crucial breakthrough as Henderson's cross on the overlap deflected off Pervis Estupinan and looped over the outstretched arm of Rulli before dropping into the back of the net. 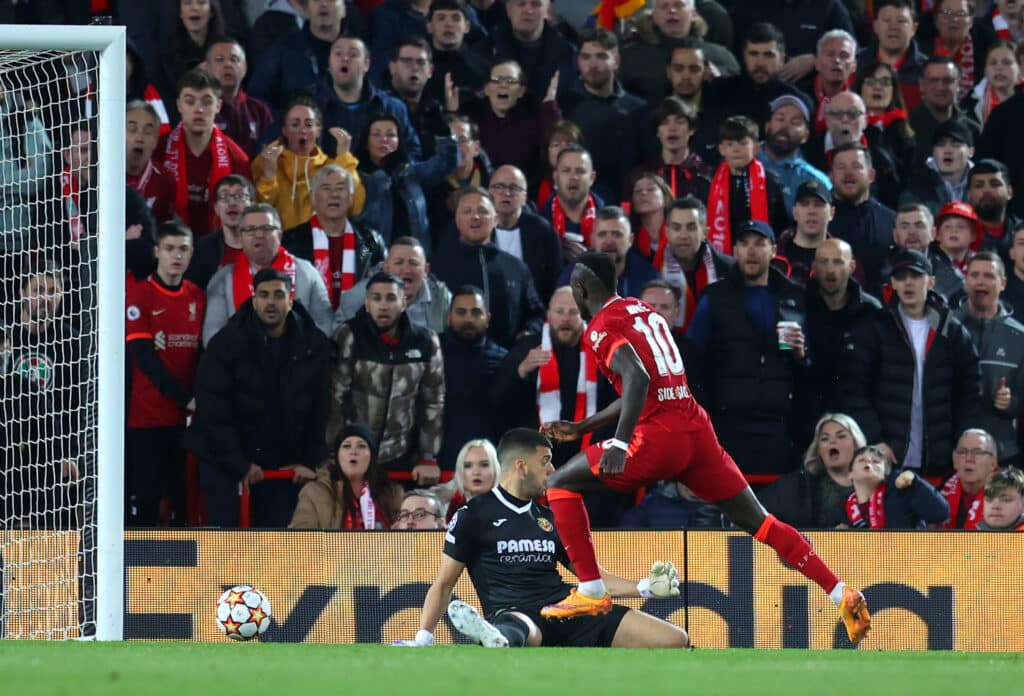 The Reds then put further distance between themselves and the visitors as Mane doubled Liverpool's lead less than two minutes later. The Senegal international latched onto Salah's pass and stabbed the ball home to make it 2-0 to Klopp's side.

An excellent cross by Alexander-Arnold found the run of his fellow full-back Robertson, who did well to meet the ball and sidefoot his effort into the back of the net, but the linesman rightly flagged for offside to rule out a second Reds goal of the half.

Liverpool continued mounting the pressure as the goalkeeper nearly fumbled van Dijk's powerful strike from a long way out before a curling Diaz finish destined for the bottom corner was blocked and put behind.

Unai Emery made a triple substitution, including bringing on former Tottenham defender Serge Aurier, with Klopp responding with a double change by bringing off Henderson and Mane in place of Naby Keita and Diogo Jota. Alexander-Arnold and Diaz then made way for Joe Gomez and Divock Origi for the final ten minutes.

The changes did little to add to Liverpool's attacking impetus as they eventually ran out 2-0 winners, with the Reds favourite to reach the Champions League final ahead of next Tuesday's second leg in Spain.