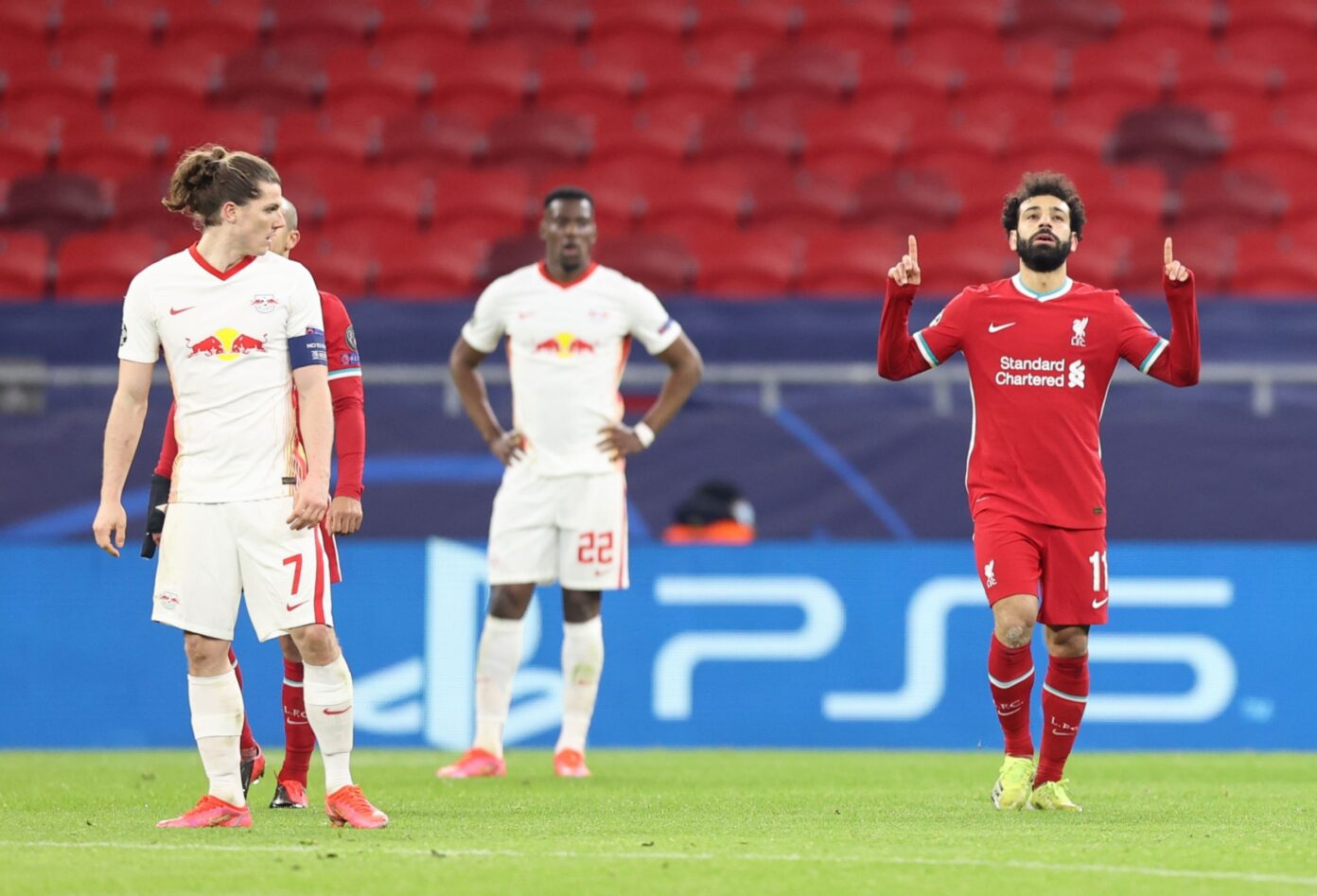 Liverpool vs RB Leipzig highlights - Watch the goals and highlights as the Reds beat Leipzig 2-0 (4-0 agg) to qualify to the Champions League quarter-finals.

Jurgen Klopp made five changes to his side, with Fabinho starting in midfield for the first time this calendar year and Diogo Jota starting upfront. Ozan Kabak and Nathaniel Phillips started together in the back-line.

Liverpool started brightly and looked likelier of the two sides to score, starting with an early chance for Thiago and later opportunities for Diogo Jota and Mohamed Salah.

The Reds lacked a clinical touch and wasted chances throughout the half, during which they had less of the ball but provided a far greater threat in comparison to their counterparts.

Leipzig were restricted to shots from outside the box for the most part, although Alisson was called into a good save from Dani Olmo's close-range effort early on.

Jota had the best opportunity to put the Reds ahead just before the break but the Reds forward couldn't hit the target as the two sides went into the break level.

But Liverpool made their first-half dominance count in the second half as Mohamed Salah put them 1-0 up after a good move between Sadio Mane and Jota, with the Egyptian coolly slotting the ball into the bottom of the net.

Mane then made it 2-0, and 4-0 on aggregate, with the Reds forward getting on the end of substitute Divock Origi's whipped cross in to tuck the ball home and seal progression to the last eight of the Champions League.