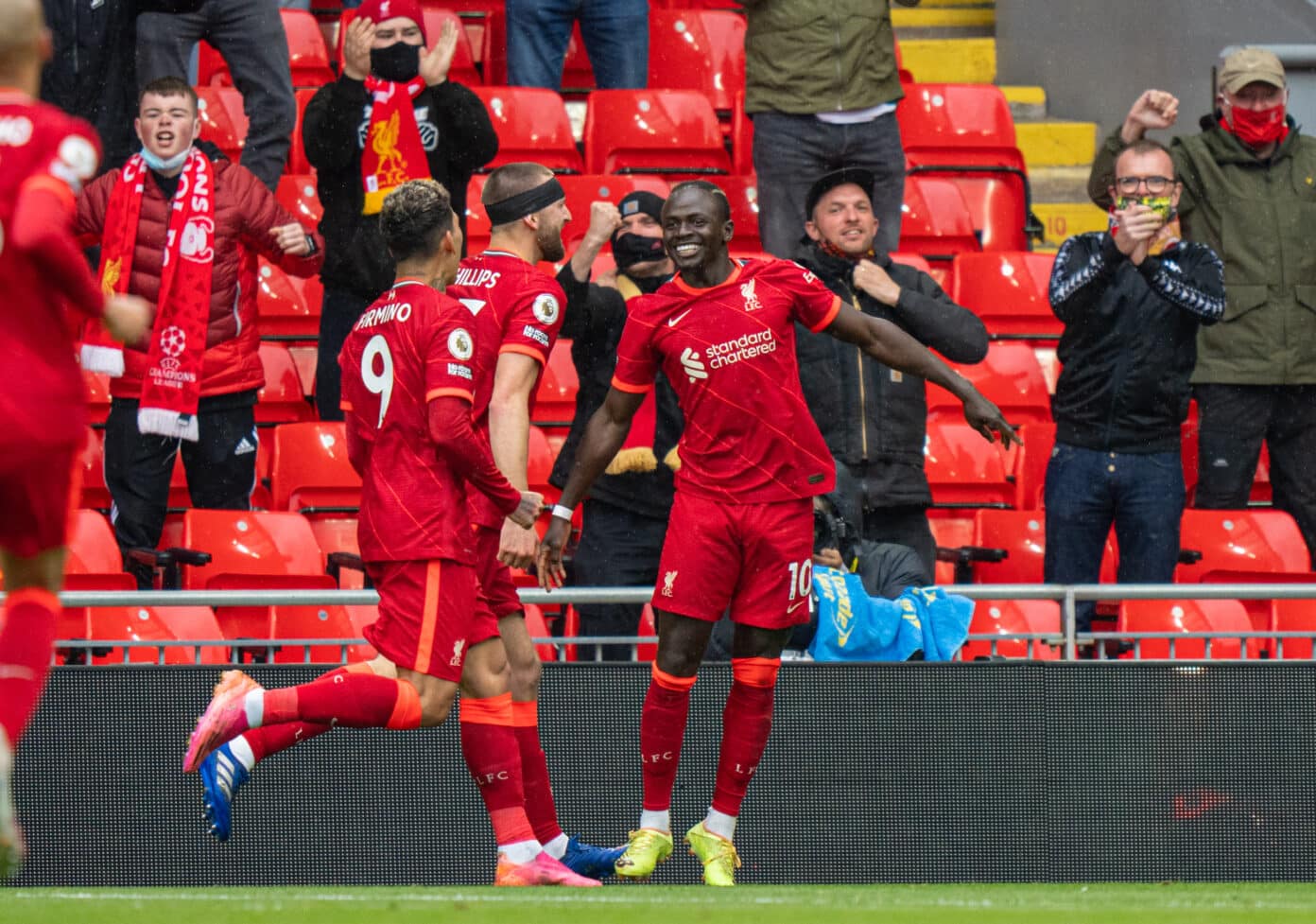 Liverpool vs Crystal Palace highlights - Watch all the highlights as a Sadio Mane double gave the Reds a 2-0 win to seal a top-four spot on the final day of the season.

Jurgen Klopp retained the same side that beat Burnley in midweek, whilst Jordan Henderson and Diogo Jota returned from injury to take up their place on the substitutes bench.

Despite a raucous 10,000 Reds supporters in attendance, the visitors looked threatening early on and should have taken the lead. Andros Townsend latched on to Trent Alexander-Arnold's loose pass before homing in on goal, but he placed his effort wide of the post as the Reds breathed a big sigh of relief.

Liverpool were impressive going forward, with their approach play far quicker and sleeker to what we've grown accustomed to in supporter-less stadiums over the last 12 months.

Mohamed Salah and Sadio Mane looked especially sharp as they continued to find joy behind Crystal Palace's backline, but it was Rhys Williams who had the best opportunity as the unmarked youngster headed over the crossbar from close-range.

Liverpool began to dominate and threaten from different angles and they found the crucial opener a little less than ten minutes before the break to put themselves in pole position for a top-four spot.

Mane prodded the ball home from a corner after Williams and Firmino both got touches on the ball, with the Reds forward rewarded for a promising first half that saw him pose a far greater threat than in recent months.

The Reds dominated in the second half and it was only a matter of time before they nudged further ahead, although the visitors did well to stem the flow and keep themselves in the game.

But Liverpool's quality on the ball shone too bright for Palace as a well-worked move between Salah and Wijnaldum saw the Egyptian find Mane in space down the left. Mane settled himself before seeing his strike deflected into the back of the net to give the Reds a commanding 2-0 lead.

Gini Wijnaldum was withdrawn as Anfield, his teammates and the coaching staff gave him a warm round of applause on what is likely to be his final game for the club ahead of an expected departure this summer.

The likes of James Milner, Alex Oxlade-Chamberlain, and Diogo Jota all came on as the Reds saw the game out and completed their main objective of a top-four spot.

Defeats for Chelsea and Leicester in their final fixtures means Liverpool remarkably finish this tumultious season with 69 points, earning them third place in the Premier League.