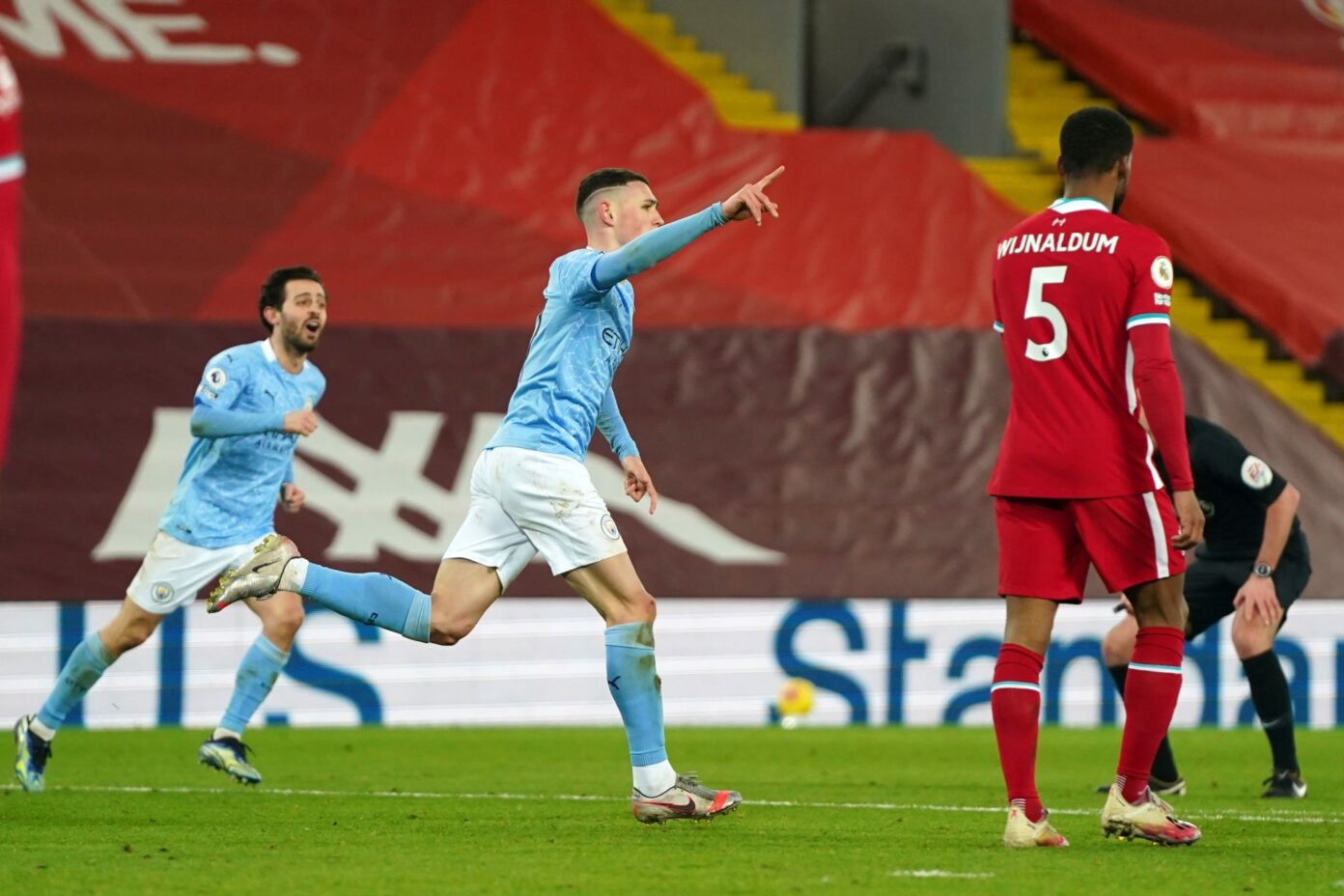 Liverpool vs Manchester City highlights - All the goals and highlights from Anfield as Liverpool suffered a crushing 4-1 defeat at home to Man City.

Reds manager Jurgen Klopp made four changes as Alisson, Fabinho and Sadio Mane all returned to the starting eleven, whilst Curtis Jones replaced James Milner to partner Thiago and Gini Wijnaldum in midfield.

It was a slow start from the Reds as Man City dominated possession and suffocated the attacking trio of Mane, Roberto Firmino and Mohamed Salah.

Despite a lack of clear-cut chances for City, they looked by far the better of the two sides as Liverpool lacked any edge in possession; looking bereft of confidence to assert themselves.

But Liverpool started to go through the gears as the first half wore, with Mane and Roberto Firmino both coming close to putting the Reds ahead.

Man City, however, had a golden chance to take the lead as Fabinho gave away a penalty for a foul on Raheem Sterling. But Ilkay Gundogan stepped up to the mark but fired into the Kop in a real let-off for the Reds.

Given the two sides' places in the table, the onus was on Liverpool to take the game to City in the second half but it was the visitors who went ahead instead as Gundogan made up for his missed penalty by firing home from close range.

But Liverpool got back on level terms just after the hour mark as Ruben Dias fouled Salah inside the box, with the Egyptian stepping up to the penalty spot and making it 1-1 with a confident strike to end Liverpool's barren goalscoring run at home.

But a horror few minutes from Reds goalkeeper Alisson gifted the game to City, with Gundogan netting his second to put Pep Guardiola's side ahead before Raheem Sterling made it 3-1.

Things got even worse for Liverpool in the final ten minutes as the bright Phil Foden sealed a 4-1 win for Man City with an emphatic finish that went through Alisson, inflicting a third consecutive defeat at home for the Reds.

The result means league-leaders City now have a ten-point lead over Liverpool, with a game to spare, with the Reds now seemingly in a battle for a top-four spot.