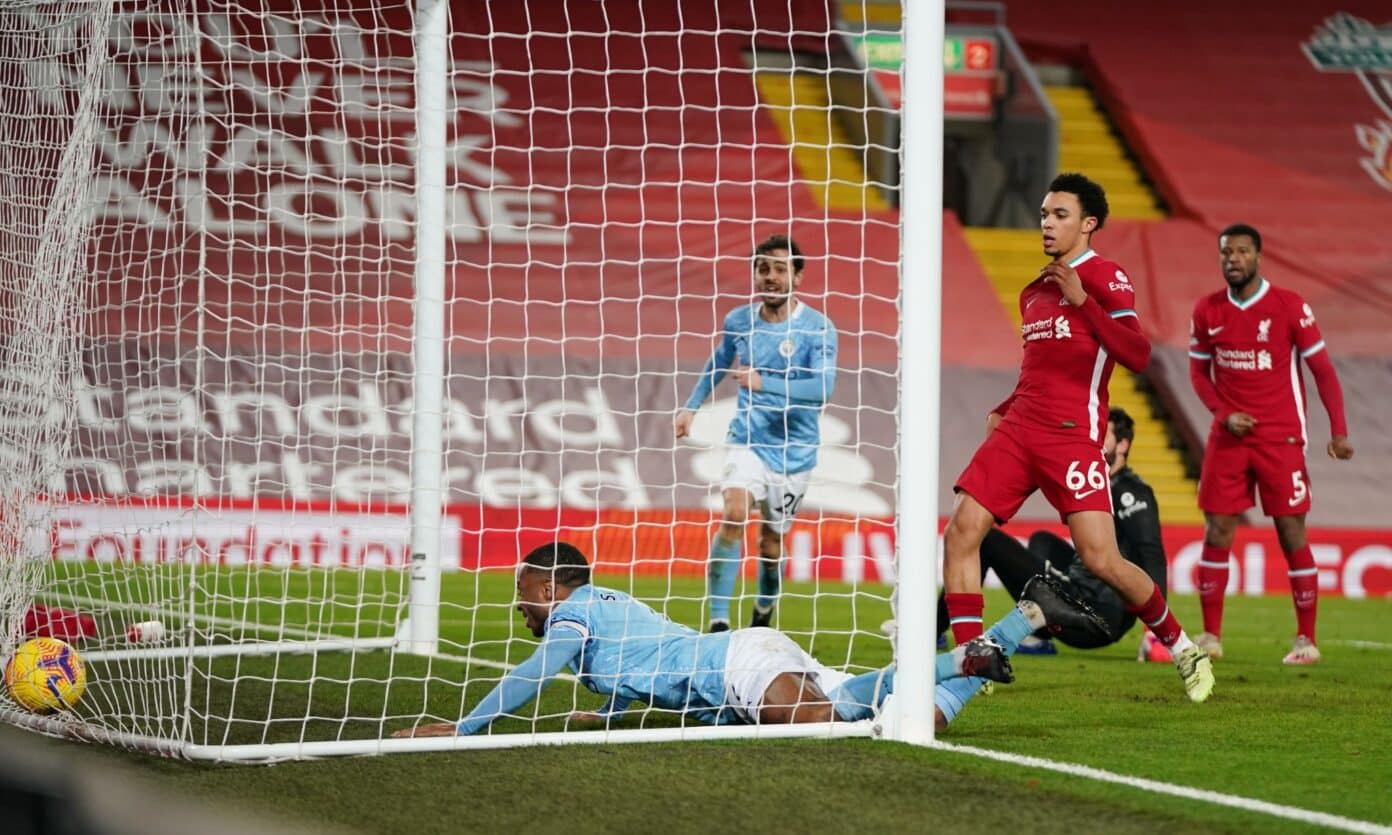 Liverpool lost a third consecutive game at Anfield as their title hopes dealt a huge blow with Manchester City running out 4-1 winners on Sunday.

The much-anticipated clash between last year's top two teams started slowly but Man City missed the perfect chance to take the lead in the first half as Ilkay Gundogan missed a penalty to keep both sides level at the break.

Gundogan made amends at the start of the second half as he put the visitors ahead but Mohamed Salah levelled the scores through a penalty after the half-hour mark.

But Reds goalkeeper Alisson suffered a nightmare couple of moments playing out from the back as Gundogan and Raheem Sterling capitalised before Phil Foden hammered home a fourth to give City a crushing 4-1 victory. 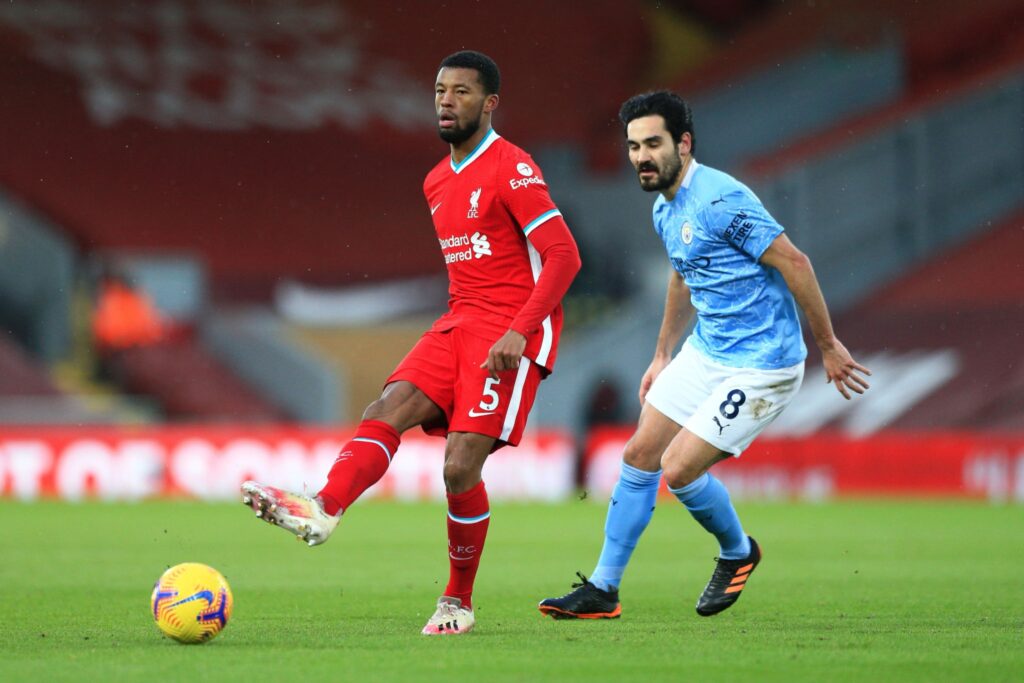 Klopp made four changes to the side that tasted defeat against Brighton in midweek as Alisson, Fabinho and Sadio Mane returned from their respective lay-offs. Elsewhere, Curtis Jones replaced James Milner in midfield.

It was a tight opening to affairs with both sides looking tentative, but the visitors undeniably edged proceedings with Liverpool unable to keep control of the ball for any significant spells.

Liverpool looked well off the pace and struggled to inject any purpose into their play, with their attacking patterns far too slow and predictable, allowing City to stifle the front three.

For all of City's early dominance, the champions created the first real opportunity of the game midway through the first half as Mane met Trent Alexander-Arnold's pacy cross from the right, but the Reds forward couldn't keep his header on target.

Roberto Firmino then had his powerful half-volley tipped over the crossbar by Ederson. City countered through the resulting corner as Phil Foden looked clean through on goal, but Curtis Jones got around on the cover to deny a certain goalscoring opportunity.

There was largely a lack of action in either penalty area until Raheem Sterling cut inside in the box and beat Alexander-Arnold before tripping over Fabinho's trailing leg, with City having the chance to take the lead from the spot. 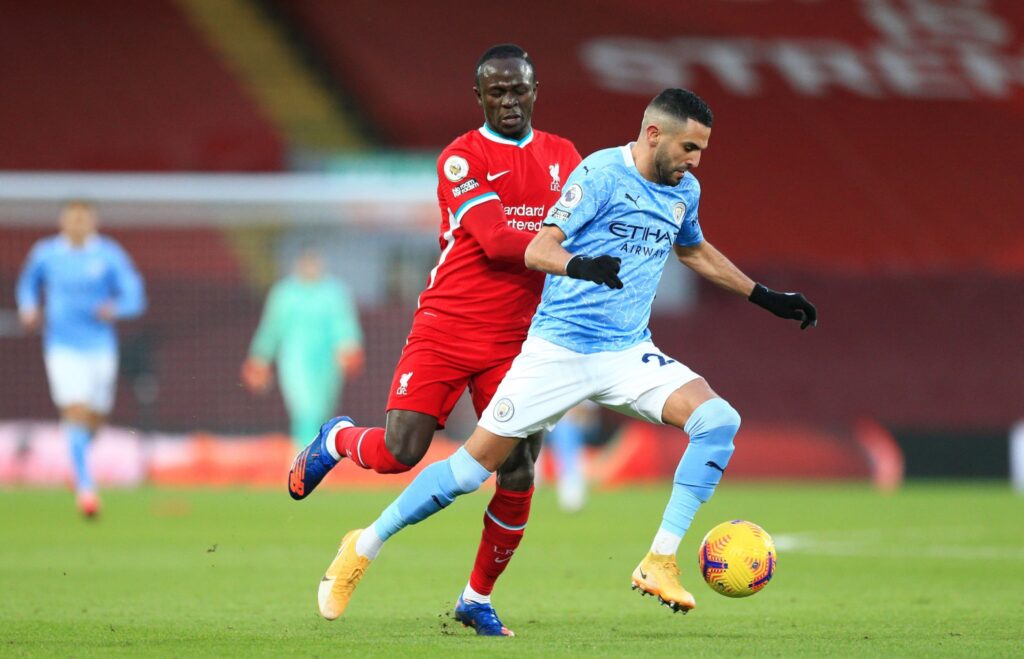 The otherwise reliable Ilkay Gundogan stepped up for the visitors but fired his penalty over the crossbar and into the Kop as Liverpool breathed a huge sigh of relief to still be level.

Liverpool were expected to take the game to City at the start of the second half but it was Pep Guardiola' side who did just that instead as Sterling weaved his way through on goal before finding Foden, who saw his effort saved by Alisson - only for Gundogan to tap in the rebound and make up for his penalty miss.

The Reds found it difficult to conjure up an immediate response but they were gifted a way back into the game through Ruben Diaz, who made an error at the back and allowed Salah through on goal before tugging the Egyptian back inside the box.

Salah stepped up and confidently slotted the ensuing penalty into the back of the net to score the Reds' first goal at Anfield in 2021 and put them back on a level playing field. 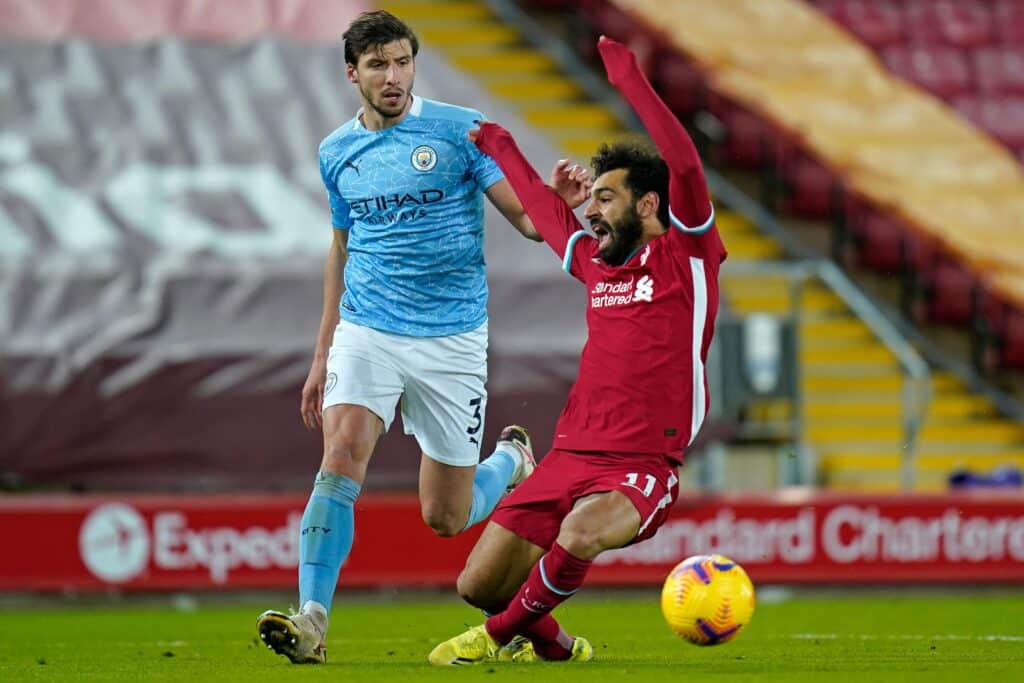 Thiago and Jones made way for Xherdan Shaqiri and James Milner as Klopp looked to freshen up his midfield and inject some energy into Liverpool's midfield, which showed signs of labouring as the half wore on.

But things went from promising to awful within minutes for the Reds as they capitulated at the back. Alisson blundered on more than one occasion as the game went in the visitors' favour, with City running out comfortable winners.

Ilkay Gundogan regained City's lead after Alisson's first unforced error before Raheem Sterling made it 3-1 from another uncharacteristic and untimely mistake.

City wrapped things up in the last ten minutes as Foden cut inside from the right and hammered the ball over Alisson and into the back of the net, putting a final nail in the coffin for the Reds.

It means Liverpool have now lost their last three games at Anfield and stand ten points behind City, who have a game to spare, with the champions now undoubtedly in a dogfight for a top-four place.