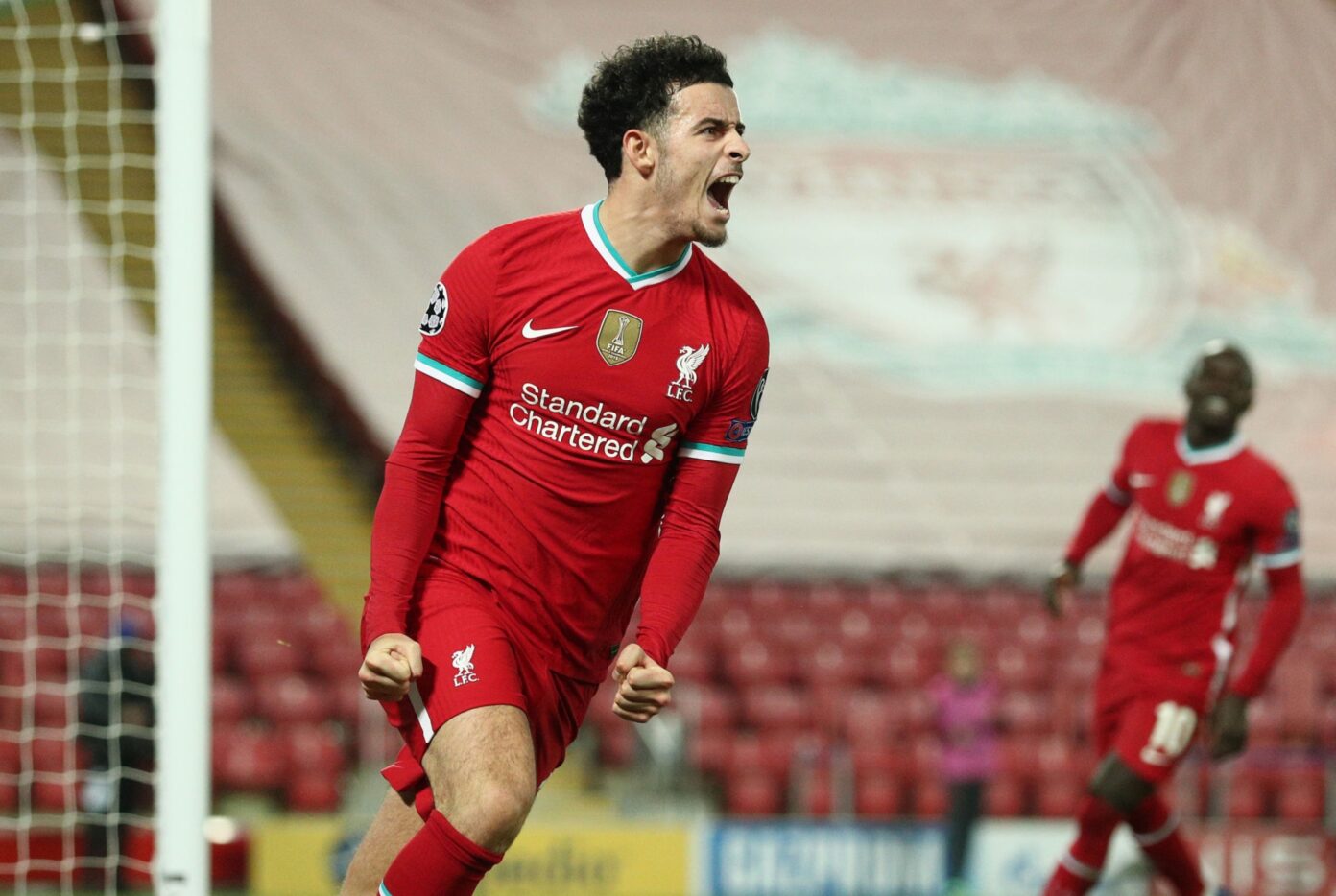 Liverpool beat Ajax 1-0 at Anfield on Tuesday night to clinch qualification to the knockout stages of the Champions League.

The Reds overcame a tricky test against a spirited Ajax side as they sealed progression to the last 16 of the Champions League thanks to a second-half goal by Curtis Jones.

The Reds' win sees them with an unassailable lead in Group D, with Atalanta and Midtjylland drawing 1-1 in the other clash on Tuesday night. 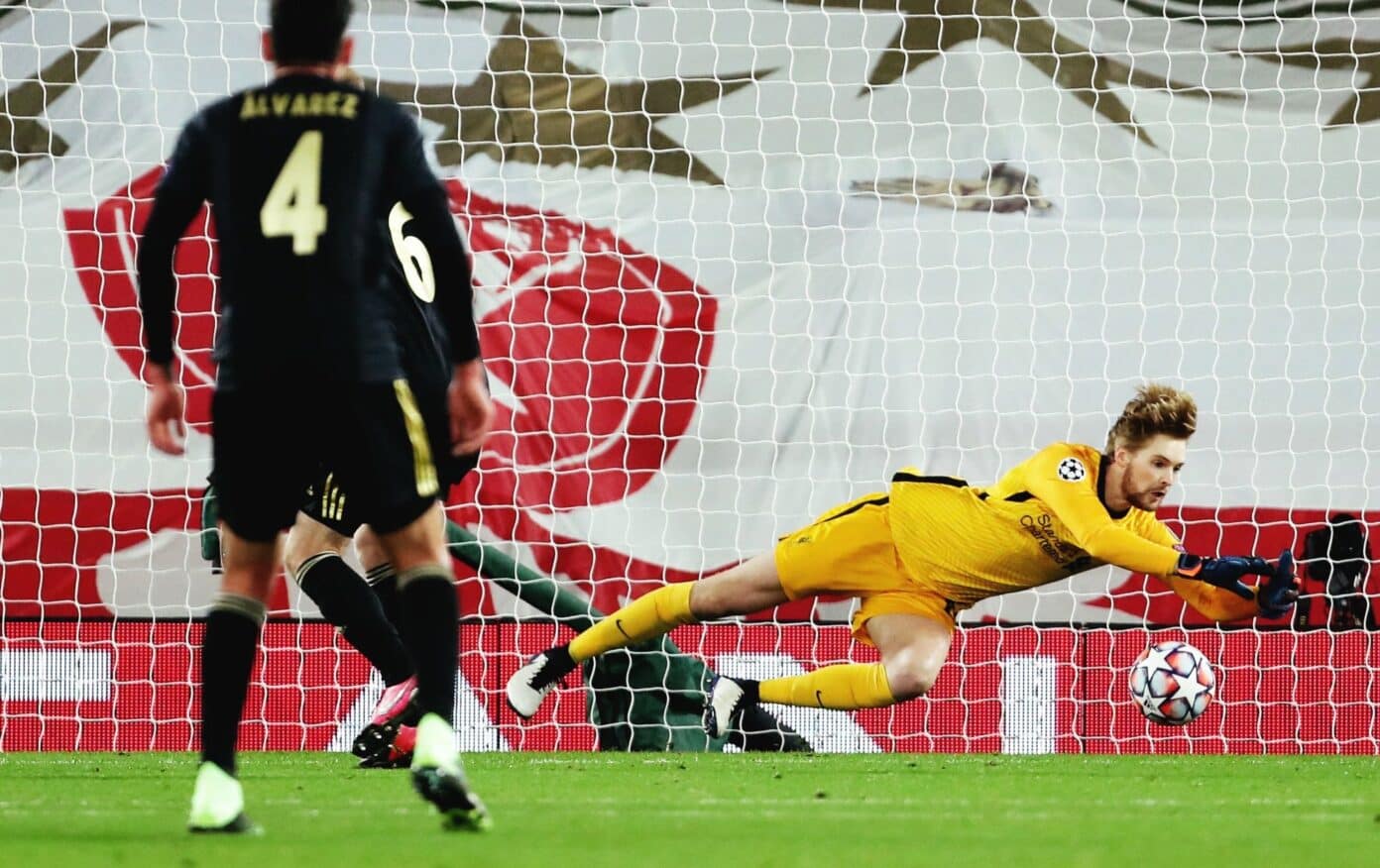 Caoimhin Kelleher was the surprise inclusion on the teamsheet as the youngster was chosen over Adrian to replace Alisson, who misses out due to a muscle injury. Joel Matip, Jordan Henderson, Curtis Jones and Sadio Mane also returned to the starting eleven.

Liverpool had an early sighter after a well-worked move saw Curtis Jones run on to the ball at the edge of the box, but the youngster's effort was straight at goalkeeper Andre Onana.

Jones came closer with a second attempt from a similar distance a few minutes later. Onana could only watch as the ball crashed against the post, with Jones massively unlucky not to make it 1-0.

The Reds looked lively in attack, with Mane, Diogo Jota and Mohamed Salah causing havoc behind the visitors' defence to open up space, allowing Jones and Gini Wijnaldum to get forward.

Ajax controlled possession for much of the first 20 minutes as Liverpool appeared content to adopt a counter-attacking approach, backing their front three in one-v-ones against Ajax's defence. 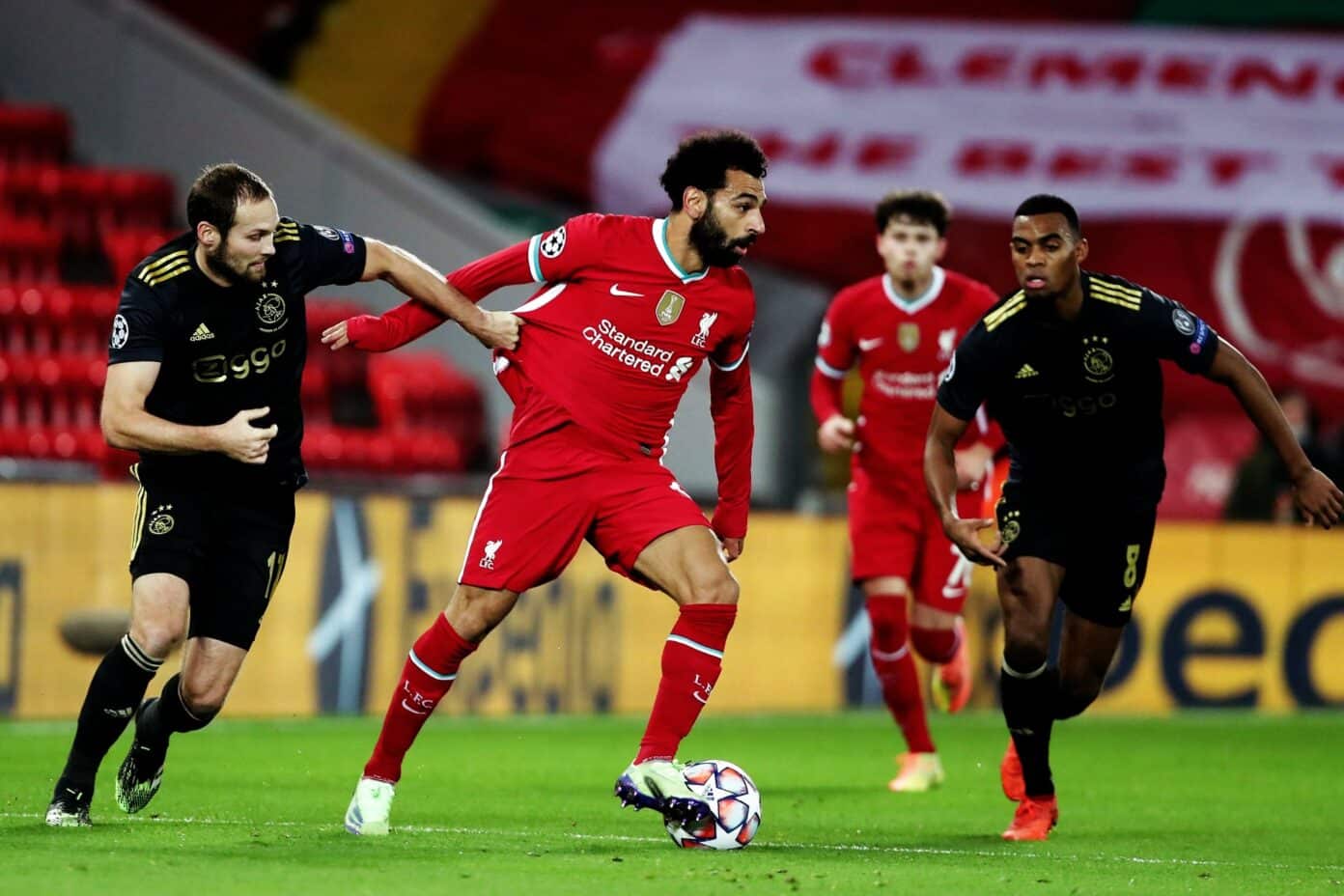 Davy Klaassen drew a solid save from Kelleher before being flagged offside. He came close again a few minutes later, looking favourite to direct a dangerous cross home, but he couldn't make contact with the end of the cross.

There was cause for concern for Andy Robertson, who was suffering the after-effects of an early knock to his left ankle. But some strapping from the Liverpool medics was enough to see him carry on.

A powerful effort from Noussair Mazraoui forced Kelleher into a good save to tip the ball over the bar, with Ajax looking likelier of the two sides to make the breakthrough.

Both sides had a couple of chances at the start of the second half, notably Ajax winger Antony who forced a good save from Kelleher before David Neres clipped the outside of the post from the follow-up.

But it was Liverpool who made it 1-0 as Onana misjudged the flight of Neco Williams' lofted cross. The ball sailed over the keeper as Jones crept in at the far post and tucked the ball home with an excellent finish from the outside of his boot.

Roberto Firmino came on to replace Jota with a little over 20 minutes left, with the Portuguese forward appearing slightly jaded after putting yet another energetic shift in.

A fantastic move between Henderson and Salah played Firmino through on goal, with the Brazilian denied by a low save by Onana, who pushed the ball on to the post and out.

Kelleher's highlight of the night came in the final stages as the Irishman made a sensational save to deny Klaas-Jan Huntelaar's header from close range.

Liverpool saw the game out and confirmed their place in the last 16 by topping Group D, with the Reds enjoying a four-point lead heading into the final matchday against Midtjylland.