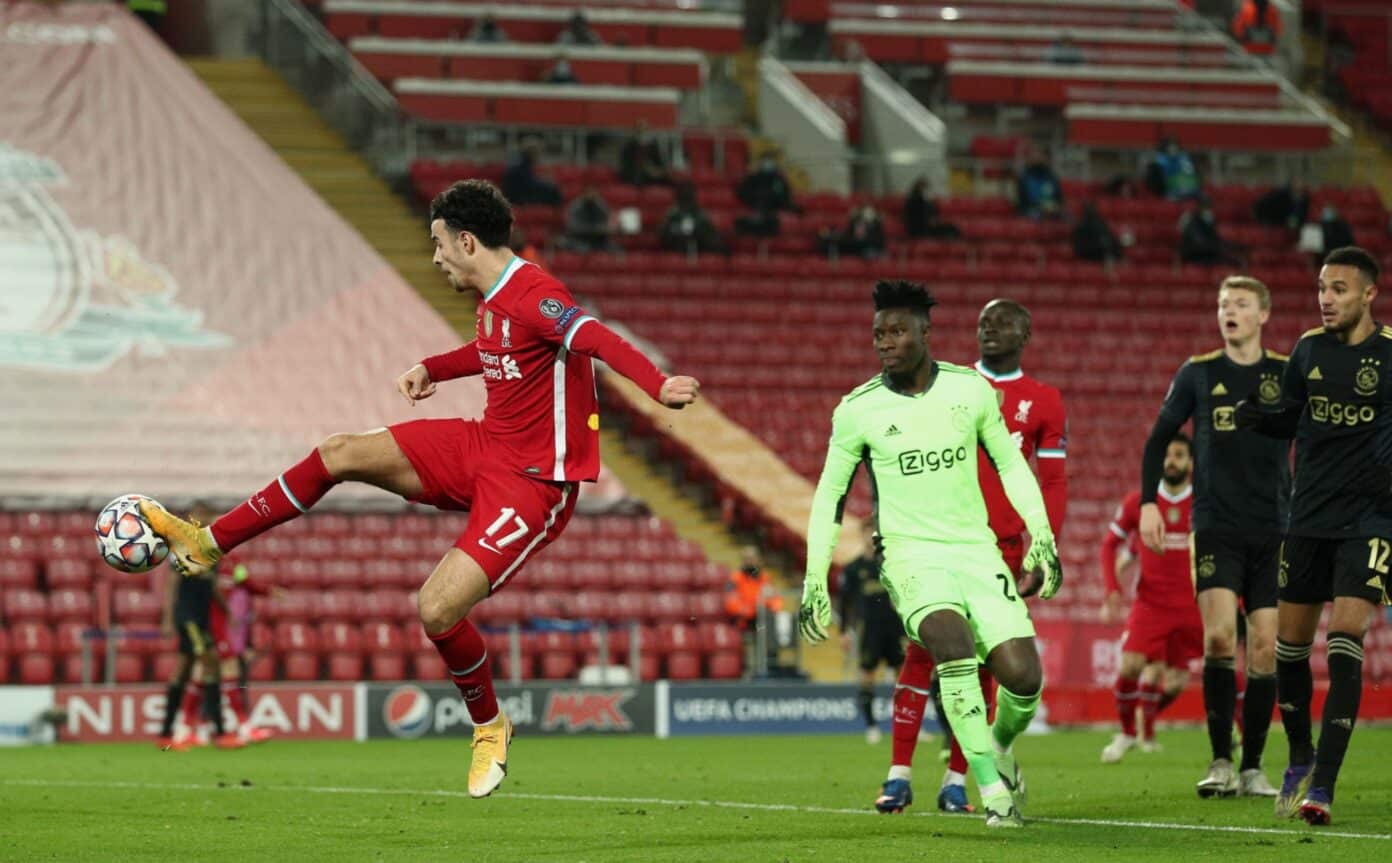 Liverpool vs Ajax highlights - All the highlights from Anfield as the Reds sealed their place in the Champions League knockout stages.

It was an entertaining and open clash between the two sides, but it was Liverpool who came out on top under the lights at Anfield thanks to a second-half goal from Curtis Jones.

Liverpool gave up much more of the ball than usual as they looked to soak up the visitors' pressure and counter-attack through a pacy attacking trio and a sparkling Jones.

Ajax looked largely composed in defence but goalkeeper Andre Onana's error gave the Reds the opportunity to make their breakthrough.

The goalkeeper lost the flight of Neco Williams' inswinging cross from the right, with Jones meeting the ball at the far post and finishing excellently with the outside of his foot.

Both sides had a chance to grab a second of the game as the second half wore on, but it finished 1-0, with qualification to the knockout stages achieved with a game to spare for Jurgen Klopp's side.

Disclaimer: Liverpool vs Ajax highlights, goals and full match videos are provided and hosted by external sources. We help you discover publicly available material and act as a search engine. We do not host or upload this material and are not responsible for the content.