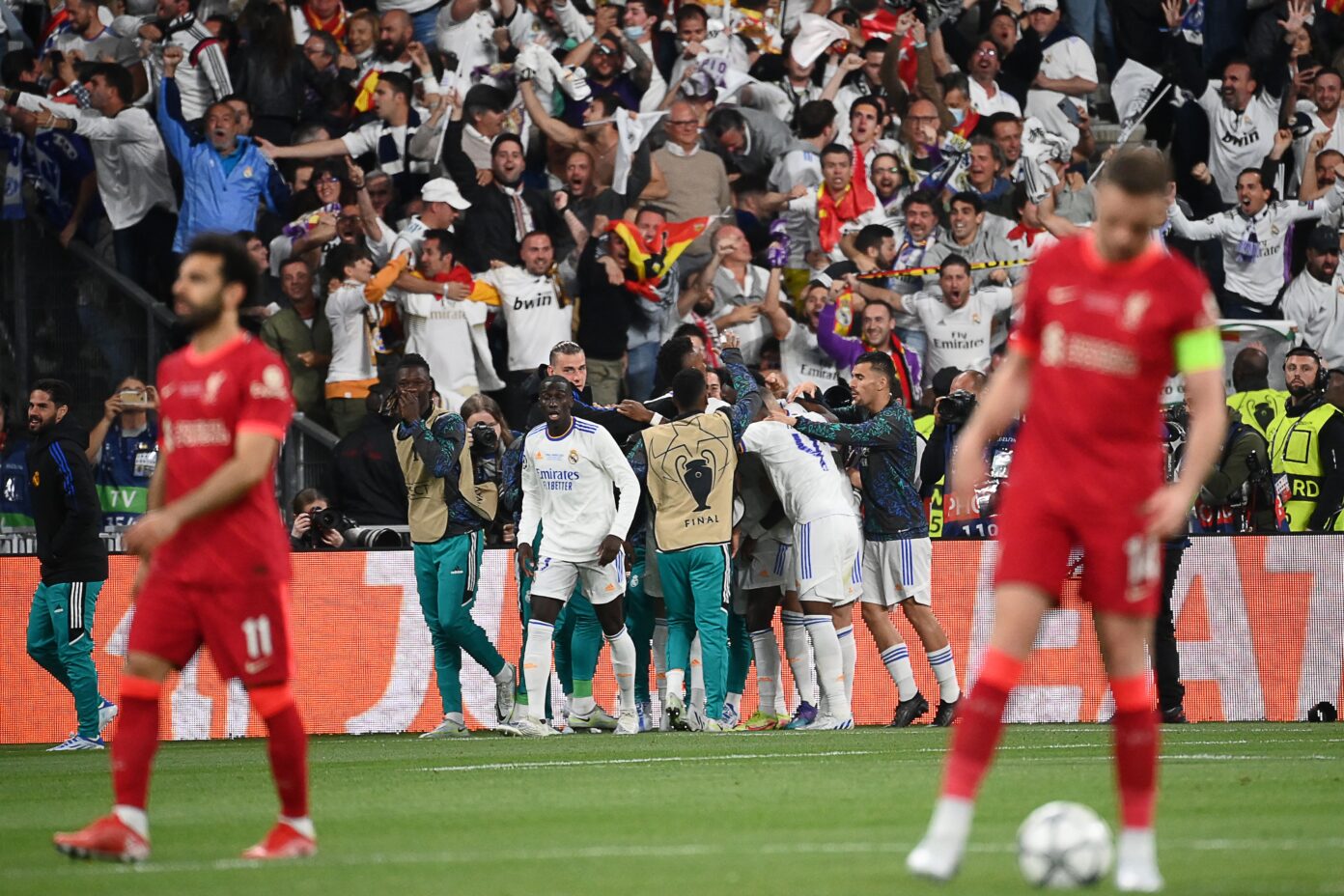 Liverpool vs Real Madrid highlights: Watch the Champions League final highlights as the Reds suffered a 1-0 defeat at the Stade de France on Saturday night.

Jurgen Klopp's side began to impose their game on Real after a fairly even start as they commanded the ball and created a handful of opportunities, with Mohamed Salah and Sadio Mane both coming close to giving the Reds the lead, only to be denied by goalkeeper Thibaut Courtois.

Real Madrid began to play themselves into the game but the Reds remained imperious in defence as they thwarted Carlo Ancelotti's side from registering a shot on target, whilst they still looked likelier of the two sides to find the breakthrough.

Liverpool thought they had fallen behind against the run of play just before the interval, but Karim Benzema's celebrations were cut short by the linesman who flagged for offside after a mix-up between Alisson, Fabinho and Ibrahima Konate resulted in the Frenchman rolling the ball into the back of the net.

The Reds were slow out of the blocks in the second half and they fell behind just before the hour mark as Federico Valverde's driven cross towards the back post was tucked home by Vinicius Jr to make it 1-0 after the Brazilian had gotten in behind Alexander-Arnold.

Klopp introduced the likes of Diogo Jota, Naby Keita and Roberto Firmino as he looked for his side to find a leveller late on, but it wasn't to be as they were unable to get themselves back into the game, with Real running out 1-0 winners to win their fourteenth European Cup.

It's a flat finish to the season for Liverpool, who had kept their hopes of an unprecedented quadruple alive until last week, but two domestic cup trophies is nothing to be sniffed at and the Reds should remain proud of what they have achieved this term.