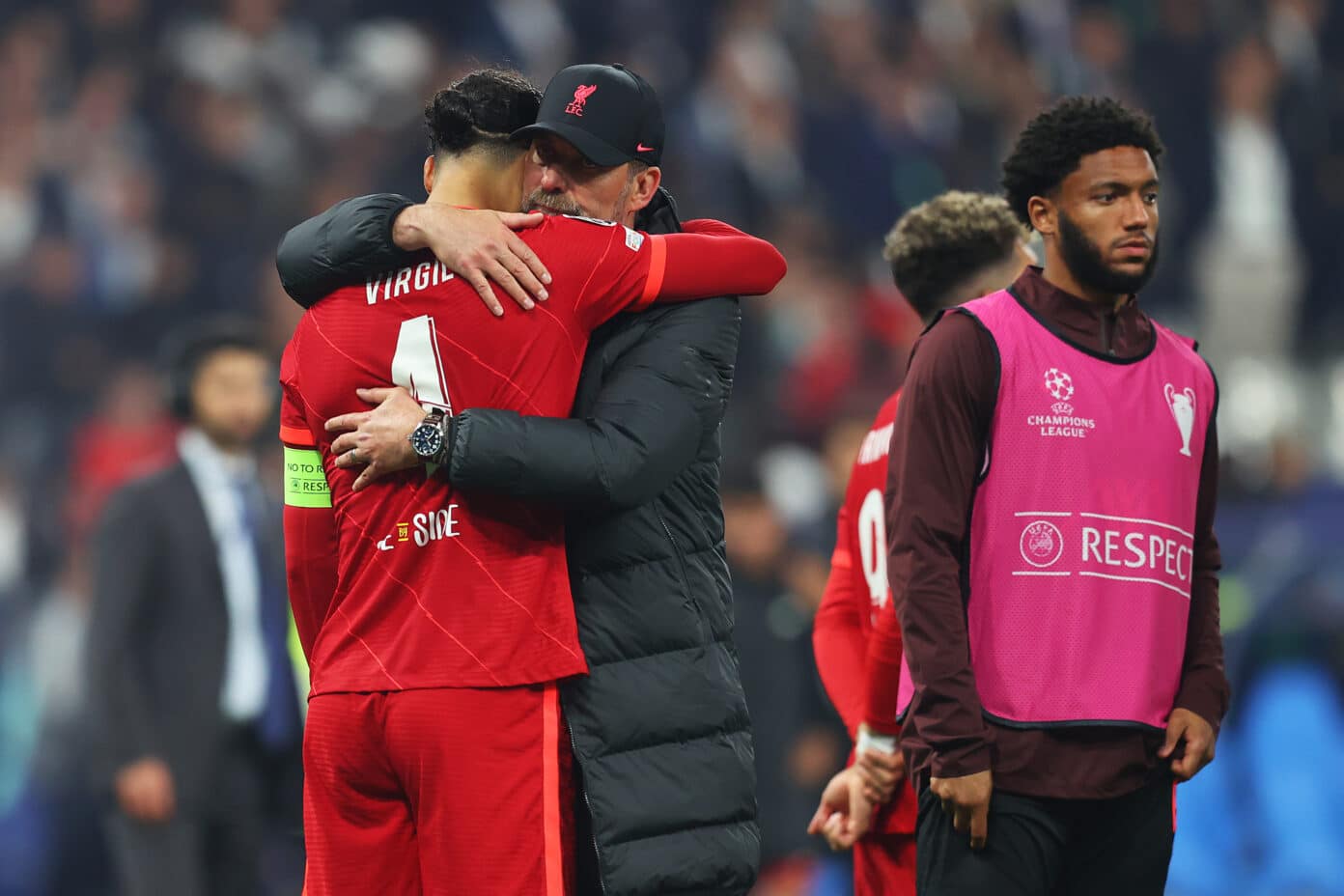 Liverpool were unable to get the better of Real Madrid despite a promising start as they fell to a 1-0 defeat in the Champions League final in Paris on Saturday night.

Jurgen Klopp's side were dominant for long spells in the first half but were unable to make it count as Thibaut Courtois denied Mohamed Salah and Sadio Mane to keep the scores level, before Karim Benzema's strike just before the break was ruled out for offside after a lengthy VAR check.

Vinicius Jr struck just before the hour mark to put Real Madrid in pole position and the Reds were unable to find a response despite their best efforts in the closing stages, with Carlo Ancelotti's side ultimately outfighting and outclassing Liverpool.

It's undoubtedly a disappointing ending to a remarkable and grueling season that has spanned 63 games, but the Reds can still keep their head up high after clinching the domestic cup double. 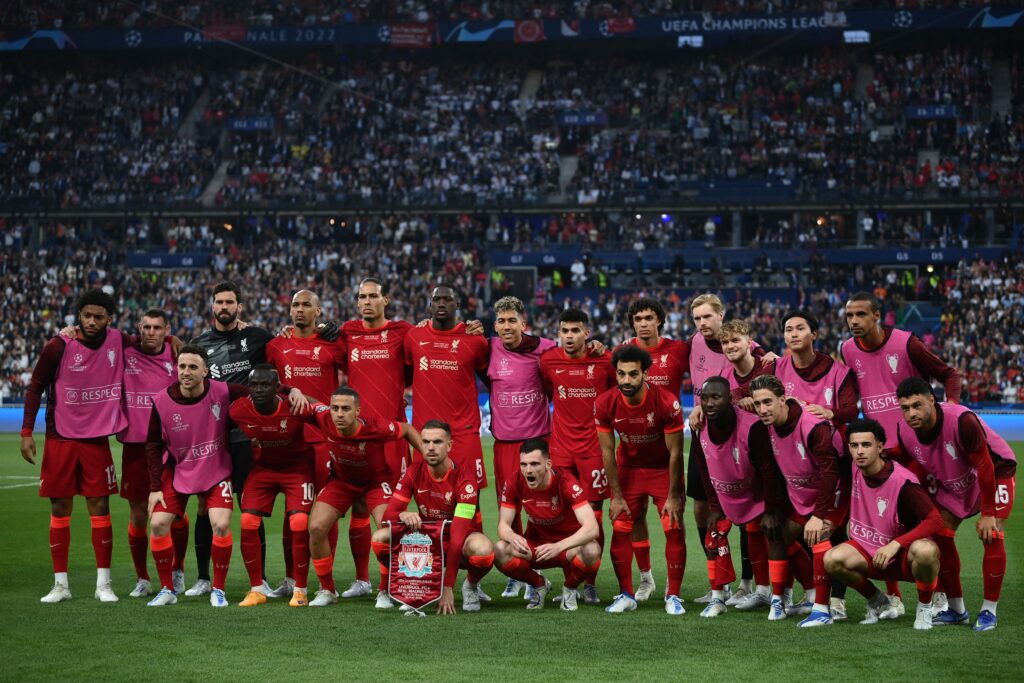 Virgil van Dijk, Fabinho, and Mohamed Salah returned to the starting eleven from the Reds' last outing against Wolves, whilst Thiago recovered from a knock to take up his spot in midfield. Meanwhile, Klopp opted to go with Ibrahima Konate in the backline ahead of Joel Matip, who was named on the bench.

There were worries over Thiago after the midfielder pulled up in the warm-up, but the Spaniard was given the green light after a late fitness test. The kick-off was then delayed by 36 minutes, with reports of Liverpool supporters struggling to get into the ground and French authorities using tear gas to shepherd crowds.

It was a cagey opening when the game finally got going, with both sides looking to impose their game on the other but struggling to build up any sort of attacking momentum, although Liverpool began to enjoy the greater share of possession as the clock ticked on.

Vinicius Jr nearly found space behind the Reds defense but Konate stepped across to deal with the danger before Salah was denied by a low Courtois save at the other end of the pitch after Trent Alexander-Arnold had picked him out inside the box.

Thiago tested Courtois with a curling effort from distance as Liverpool upped the ante, with Sadio Mane then combining with Salah before the latter saw his powerful effort from just inside the box go straight at the Real goalkeeper. 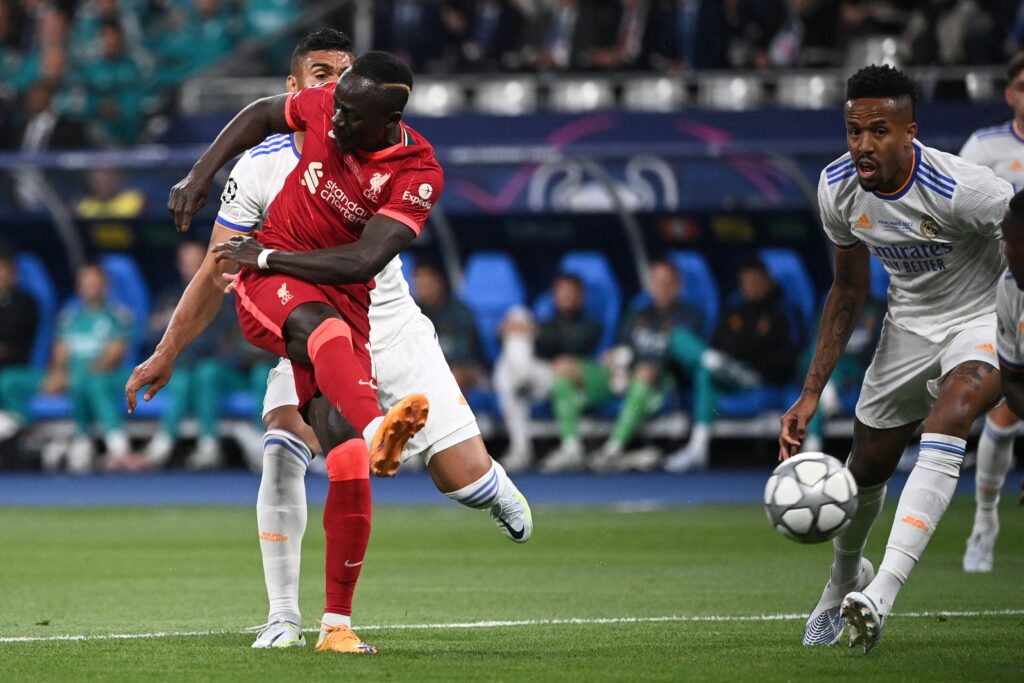 Liverpool continued to mount the pressure and Mane came close to giving them the lead as he worked space for himself inside the area and struck towards the bottom corner, but Courtois got down well to palm the ball onto the woodwork before he clutched onto the loose ball to deny the Reds from taking the lead.

Real stemmed the Reds' attacking impetus but were unable to register a shot on target themselves, although a last-ditch Jordan Henderson tackle was required to thwart Vinicius Jr from striking at goal after the winger had worked his way towards the six-yard box.

Karim Benzema had the ball in the net after getting in behind and causing a mix-up between the Reds defense but the linesman flagged for offside before a long VAR check confirmed the on-field official's decision, much to the Reds' relief as both sides went into the break on level terms.

Alexander-Arnold created an opportunity for Luis Diaz with a cross from deep towards the back post at the start of the second half, but Dani Carvajal got back in the nick of time to deny the Colombian the chance to head the ball at goal.

The Reds struggled to get going after the interval barring the early half-chance for Diaz, with Ancelotti's side keeping more of the ball before finding the breakthrough through Vinicius Jr. 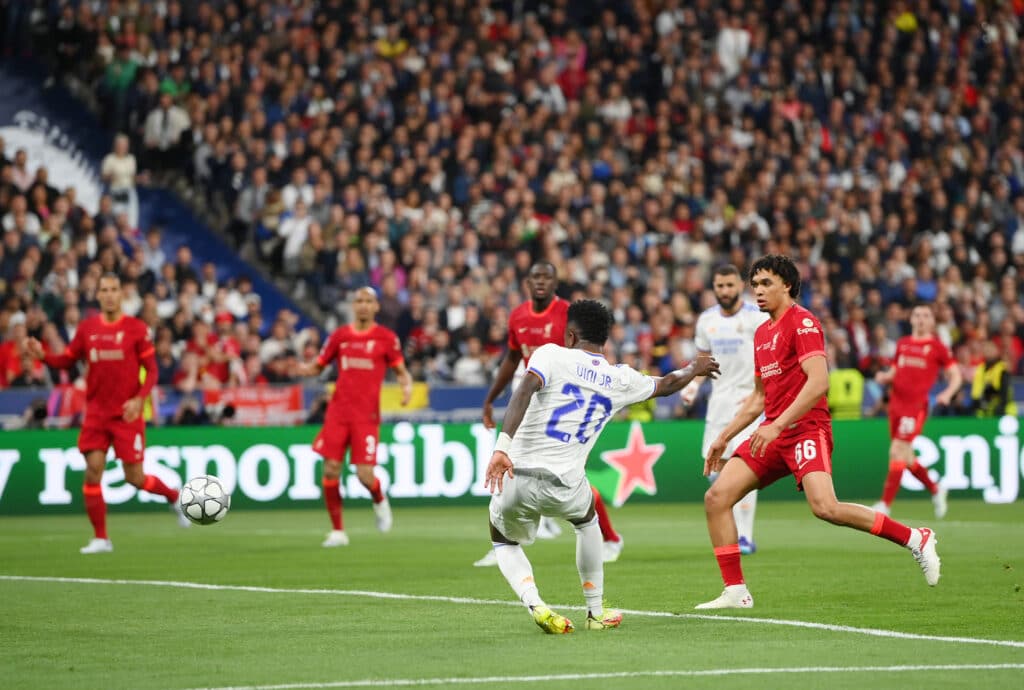 Federico Valverde found space down the right before cutting inside and driving a low cross across the face of the goal for Vincius Jr to tap home unchallenged and make it 1-0 to the La Liga side with 30 minutes left on the clock.

Klopp responded by withdrawing Diaz and bringing on Diogo Jota from the bench, with the Reds boss looking for a new dynamic in attack, which was continuously stemmed by resolute defensive work from the Los Blancos' defense.

The change did little to change the rhythm of the game as Klopp soon looked to his bench once again as Naby Keita and Roberto Firmino came on in place of Henderson and Thiago, with Liverpool essentially deploying a four-pronged attack. 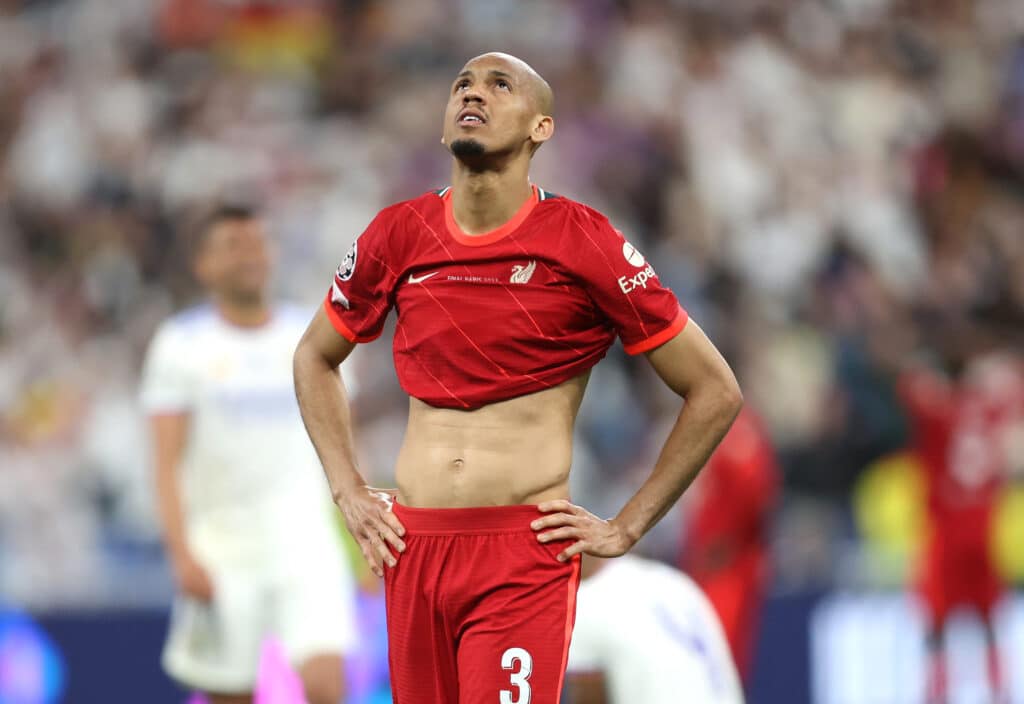 Courtois was called into action twice in quick succession as he kept out a Jota effort after Salah's strike had redirected off the Reds' no.20, moments before Salah beat Ferland Mendy on the outside and looked destined to stroke the ball into the far corner, but Courtois denied the Egyptian from drawing level with a fantastic low save.

Liverpool pushed on in the final minutes but they were unable to find the back of the net as it finished 1-0 to Real Madrid, with Klopp's side unable to put the icing on the cake to an astounding season.