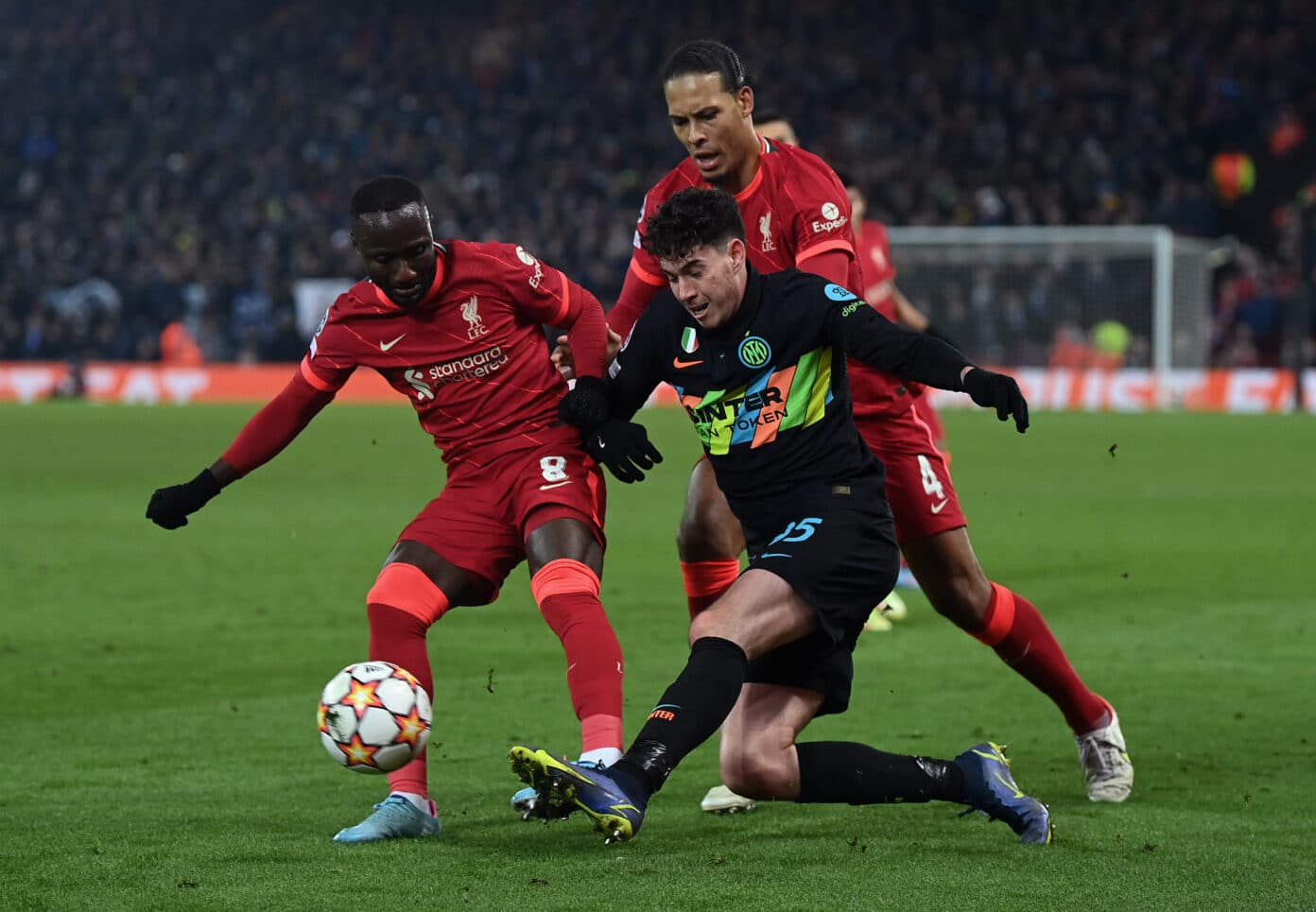 Liverpool progressed to the quarter-finals of the Champions League 2-1 on aggregate, despite falling to a 1-0 defeat against Inter Milan at Anfield on Tuesday.

It was a measured first half between the two sides without too many clear-cut chances, although the Reds had the better of the opportunities on hand through headers from centre-backs Joel Matip and Virgil van Dijk.

Inter took the lead in the second half through a sensational strike from Lautaro Martinez, but their hopes of a comeback were dealt a blow less than two minutes later as Alexis Sanchez was handed a second yellow card for a challenge on Fabinho.

Despite chances for Mohamed Salah and later substitute Luis Diaz, it finished 1-0 to the Serie A side, with Liverpool booking their place in the quarter-finals with an aggregate score of 2-1. 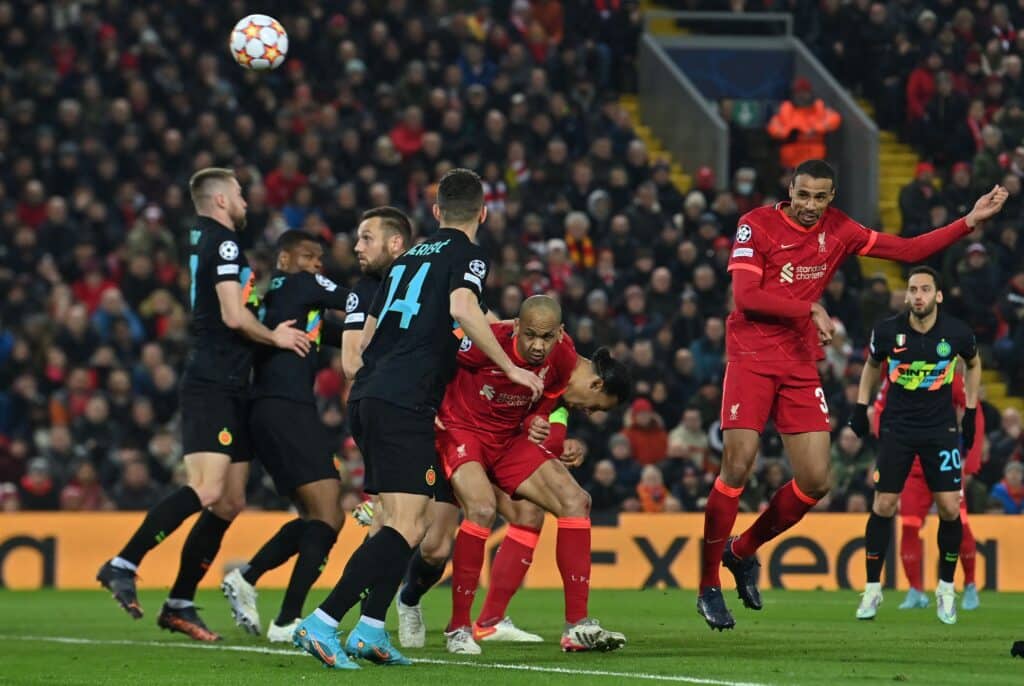 Jurgen Klopp made four changes from the side that beat West Ham in midweek, with Joel Matip, Thiago, Curtis Jones and Diogo Jota returning to the starting eleven in place of Ibrahima Konate, Jordan Henderson, Naby Keita and Luis Diaz, with the latter three named on the bench.

Inter manager Simone Inzaghi insisted before the match his side would look to score in the first half and his side certainly started with those intentions in mind, with the visitors intently pressing and looking to cause the Reds' defence a problem in behind.

Liverpool struggled to get going for much of the half, with the Serie A side defending well to cut any passing lanes and avoid the Reds finding any space behind their defence.

The game came to a temporary halt in the 25th minute as medical personnel tended to a supporter in the Kop due to a medical emergency, with the entire stadium joining together in applause as play eventually resumed.

Liverpool upped the ante after the restart and they should have taken the lead on two quick-fire occasions. Trent Alexander-Arnold's set-piece was met by Joel Matip, whose header crashed against the crossbar, before Virgil van Dijk's goalbound header at the near post was blocked by defender Milan Skriniar. 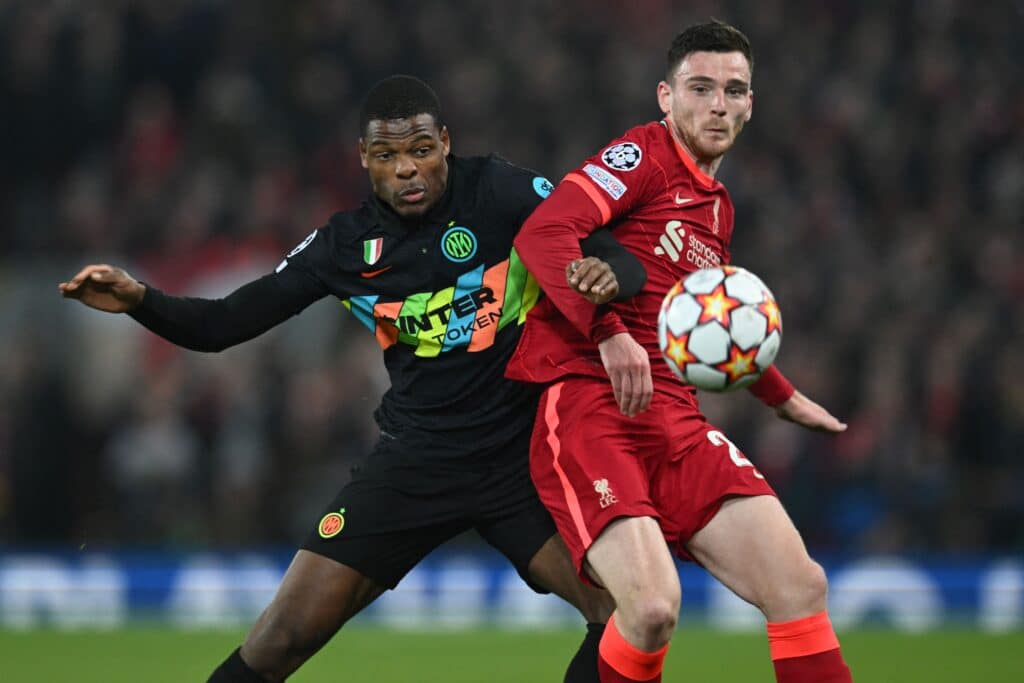 Alisson made a solid save from Hakan Calhanoglu's free-kick after the Turkish international managed to squeeze his effort on goal from a tight angle, with the Reds goalkeeper doing well to react to the danger.

The first half finished with a superb Alexander-Arnold free-kick from just over 25 yards out, but the ball shaped away from the near post and went behind without ultimately troubling goalkeeper Samir Handanovic.

Inter started the second half brightly but it was Liverpool who nearly took the lead, with Jota being denied by Handanovic before Salah looked to tuck away the follow-up, only for the ball to hit the woodwork and roll away to safety.

Lautaro Martinez, who was largely bullied by van Dijk all night, managed to find space at the edge of the box as he looked to find the bottom corner with a sharp turn and finish, but the shot was blocked and went behind.

However, the Argentinean produced a world-class strike from just outside the box just minutes later as he sliced across the ball which whistled into the top corner past Alisson to halve the Reds' advantage. 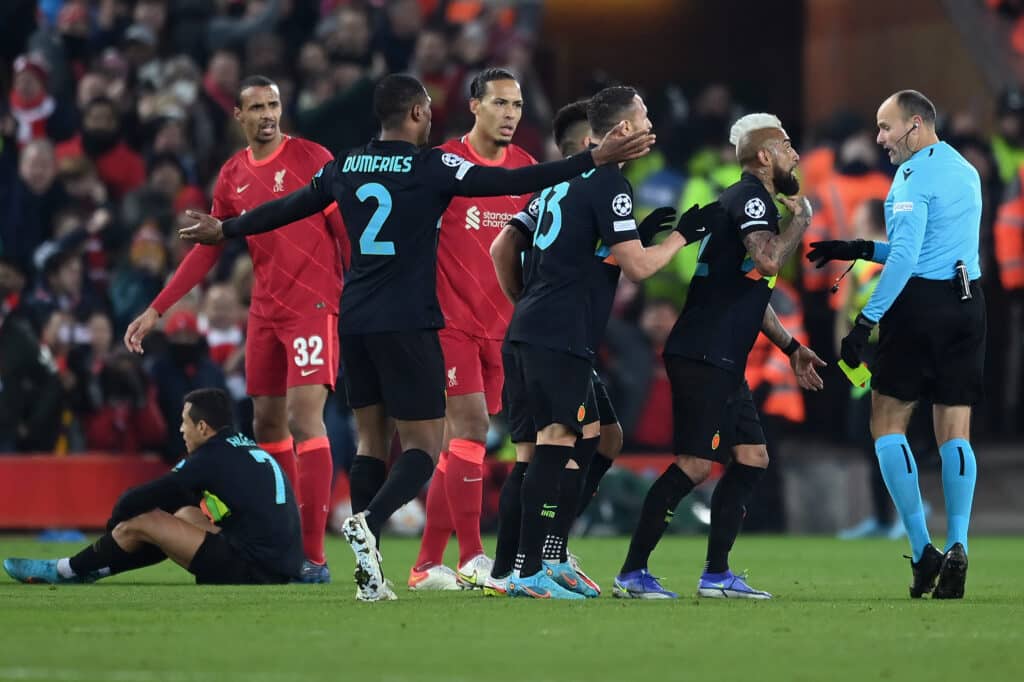 But Inter were dealt a blow soon after taking the lead as Alexis Sanchez saw red for a second infringement after catching Fabinho with a high challenge to swing the momentum the Reds' way once again.

Klopp responded with a double switch, with Jones and Thiago making way for Naby Keita and Jordan Henderson in midfield. The duo did well to calm things down and get the Reds on the ball as they went in search of an equaliser on the night.

Salah found space inside the box and nearly rounded off an excellent move with a first-time finish from close range, but he could only hit the woodwork for the second time in the half.

Jota made way for Luis Diaz in the final stages as Klopp urged his side to push forward, and the Colombian looked certain to equalise from close range in added time, but Arturo Vidal made a last-ditch block to deny his first Champions League goal for the Reds.