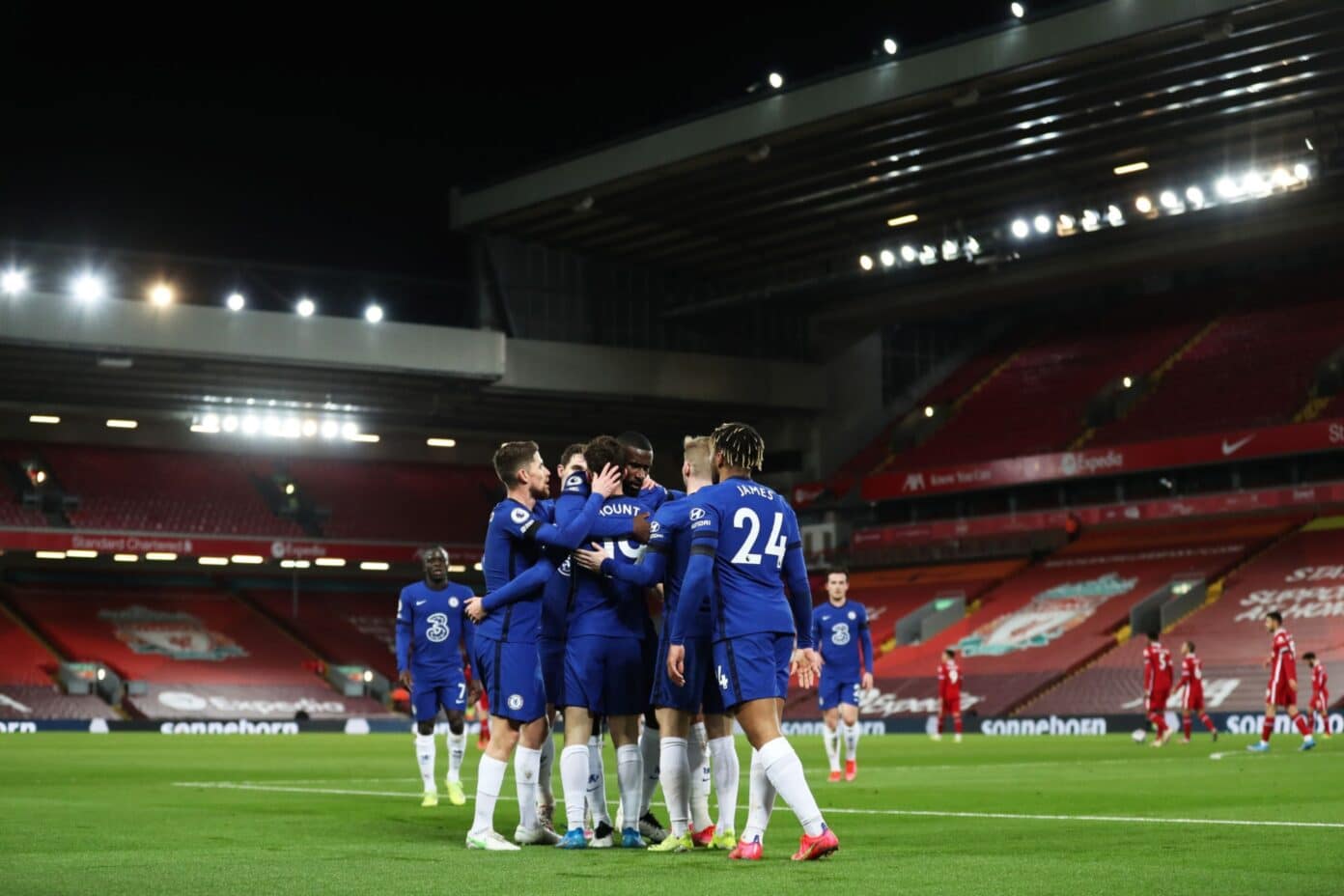 Liverpool vs Chelsea highlights - Watch the goals and highlights as the Reds fell to a crushing 1-0 defeat at the hands of Chelsea.

The Reds were boosted by the return of Alisson in goal and Fabinho at centre-back, whilst Diogo Jota and Naby Keita made their respective returns from injury after being named on the substitutes bench.

It was a competitive opening from both sides as they looked to impose their style on the game, although Chelsea began to find more joy in possession and looked likelier of the two sides to take the lead.

Timo Werner thought he’d given the visitors the lead midway through the half but the goal was disallowed by VAR for offside in a huge relief for the Reds.

Despite chances for Curtis Jones and Sadio Mane, the Reds’ attack never really got going and they paid the price just before the break.

Mason Mount found space in behind Trent Alexander-Arnold and Fabinho before cutting in on to his right and curling the ball past Alisson to give Chelsea a 1-0 half-time lead.

The Reds looked to get back in the game in the second half but looked toothless in attack despite keeping the ball better after the break.

Jurgen Klopp turned to Jota, Alex Oxlade-Chamberlain and James Milner as he looked for the elusive equaliser - whilst remarkably taking top scorer Mohamed Salah off in the process.

The move, unfortunately, didn't pay dividends as the Reds failed to get back in the game and suffered a deflating blow that could well see them out of the top -four race.