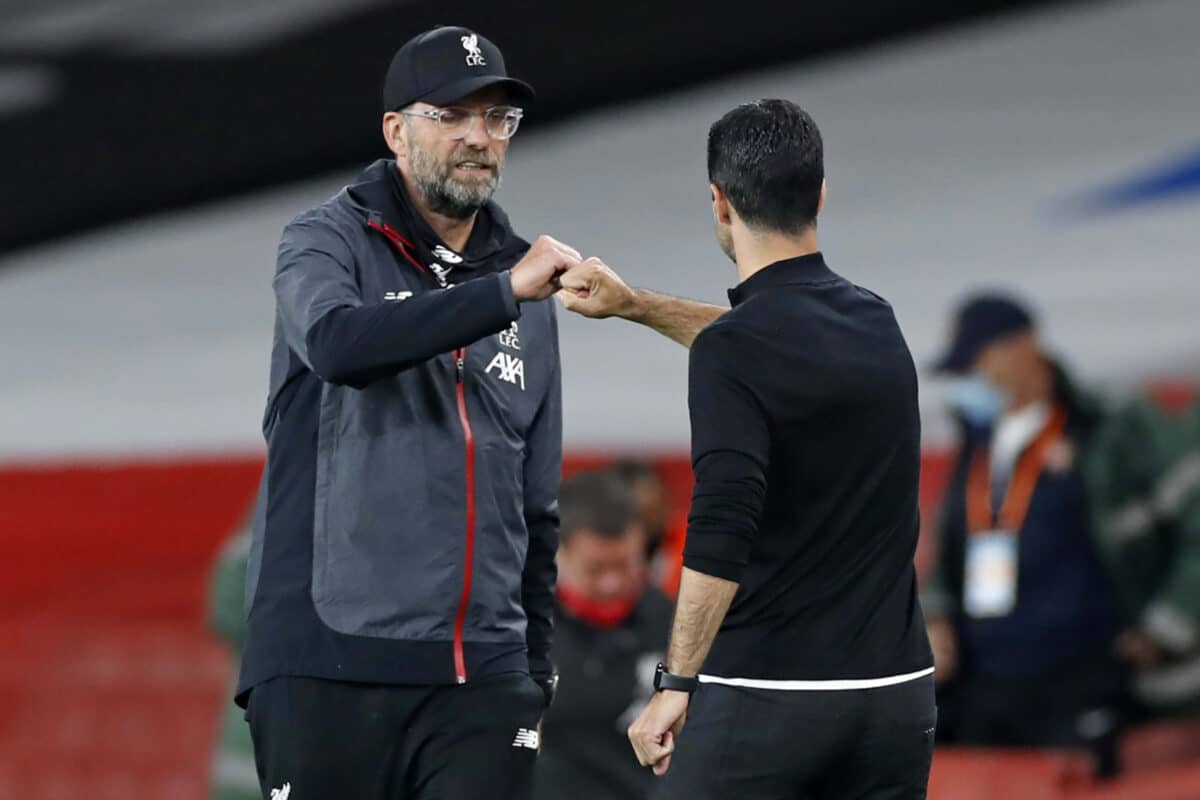 All the build-up and live updates as Liverpool kick off their 2020/21 season against Arsenal in the Community Shield.

The Reds take on Miler Arteta's side at Wembley as they step up their preparations for the 2020/21 Premier League campaign.

Jurgen Klopp's side were defeated by Manchester City last time around in the Community Shield, but the hope is they'll be able to clinch the trophy this year.

We'll have all the latest from Wembley throughout the day, including confirmed team news, live social media updates and post-match reaction.

Feed loads automatically below. Ad-blockers may need to be switched off