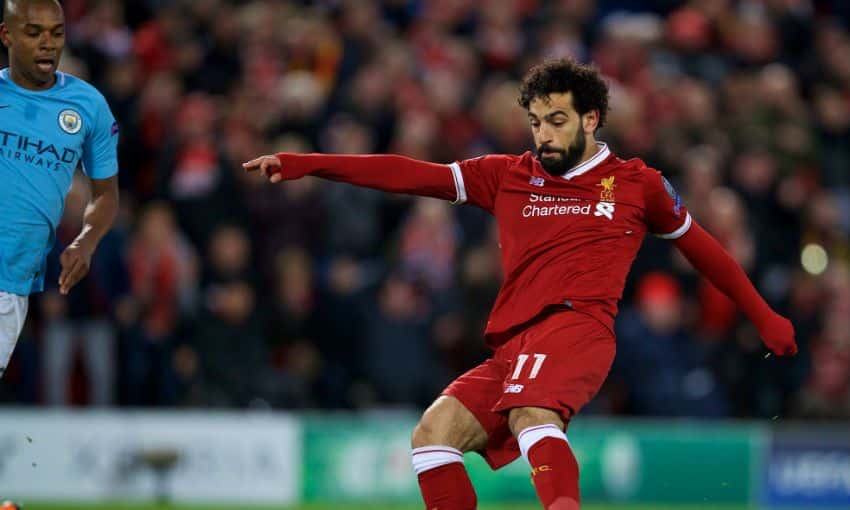 Mohamed Salah has gotten over his injury troubles as he starts at the Etihad tonight to face Manchester City in the second-leg of the Champions League.

Trent Alexander-Arnold returns to the line-up from last Wednesday's fixture, as Nathaniel Clyne drops to the bench after making his first Liverpool appearance of the season against Everton this weekend.

Andy Robertson, who missed the Merseyside derby with a minor injury is set to start in a strong defence that otherwise retains Loris Karius, Virgil Van Dijk and Dejan Lovren from the first leg.

Jordan Henderson's booking in the first leg means he faces a suspension tonight, with Gini Wijnaldum taking on the skipper's role in midfield. Alex Oxlade-Chamberlain and James Milner will partner the Dutch international, with the duo having both put in superb performances in the first leg.

Mohamed Salah, who came off during the second half in last week's first leg, has put aside a suspected groin pull to start, which will be a big boost for Jurgen Klopp's side.

Dominic Solanke partnered Danny Ings up front for Liverpool during Saturday's Merseyside, however both drop out to make room for Roberto Firmino and Sadio Mane who complete the Reds line-up.