Why Liverpool must invest in the squad - a statement of intent 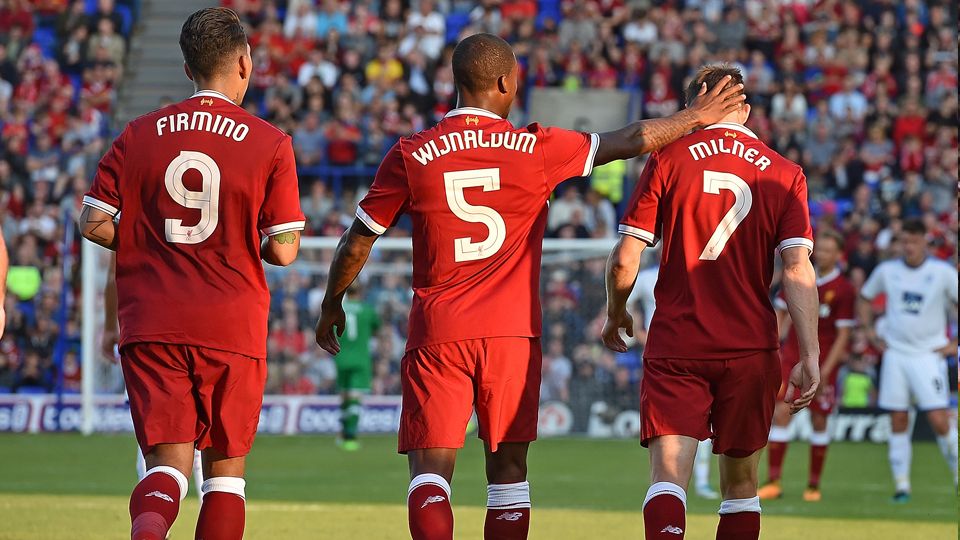 At the onset let’s make this very clear. This is not another 'Philippe Coutinho-less' end-of-the-world situation analysis for Liverpool Football Club. Neither is it a blind glorification of the current squad without his absence.

One defeat against Swansea City after an 18 unbeaten game run doesn’t warrant a knee jerk reaction.

However, neither Jurgen Klopp's tactics - nor his Liverpool side's performance on Monday night merited a point. The typical problems of Liverpool’s inability to break down parked buses continue to persist.

Few hiccups are normal in the most competitive league in the world, and Klopp's men have done well to remain hard to defeat, as shown by their unbeaten run. That said, teams that usually end up as champions somehow find a way to get results; and whilst Liverpool's unbeaten run has been rightly lauded, it hasn't been all rosy.

Disappointing draws at home to local rivals Everton, West Brom and Chelsea during that period showed that Klopp is still searching for the right balance in his recipe for success.

Liverpool supporters were quietly confident when Jurgen Klopp took over, however expectations were perhaps not so great at the time after a disappointing start to Brendan Rodgers' final season. Jurgen Klopp still did surprise a few by reaching both the League Cup final (only to lose on penalties to Manchester City) and Europa League final. The next season was much of a measured approach in improving key areas such as wing play and the leaky Reds defence.

With the energy, pressing and speed of Klopp’s intense brand of football, the German's side blew big opponents out of the way. His 4-3-3 worked efficiently, and perhaps lethally when they gathered momentum. Take away the momentum, and they showed they were easy to derail. More often Liverpool stumbled before teams who parked the bus. 5 defeats to the bottom half of the league left them 14 points behind leaders Chelsea. Key lessons learnt from the failure of last seasons were as follows:

2. Add more firepower to penetrate through the middle, a natural dribbler and a holding midfielder who can complement to the tricky moves and threaded passes of Coutinho – Naby Keita was identified and pursued.

3. A centre-back who could lead from the back and not defend nervously in trying circumstances – Southampton's Virgil van Dijk was identified and pursued.

The club failed to acquire the last two of the above three targets in the summer. However, the quality of dubbed 'fab four' Roberto Firmino, Philippe Coutinho, Sadio Mane and new winger Mohamed Salah blew teams away both in domestic and European competitions; perhaps hiding the weaknesses of the squad in light of not being able to strengthen as Jurgen Klopp wanted in the transfer window. However, during the first half of this season, Liverpool arguably had the second best attack in the Champions league, scoring 23 goals in the group stage, only behind PSG who had Kylian Mbappe, Edinson Cavani and Neymar to fire them to 25 goals.

There were still some defensive frailties shown by Klopp's side earlier in the season, only to be tightened up later by a tweak to the tactics with more defined holding midfielders and full-backs pressing high up. The recent acquisition of Virgil van Dijk will no doubt add another layer of solidarity and defensive leadership. But still in the domestic league many managers have figured out how to keep them quiet and that represents a real problem.

The defeat at Swansea was nothing but a quick flashback to the dark days from last season - with Liverpool fans recognising the similarities in the away defeat to Burnley last season, where the Reds lost 2-0, despite having 80% of the ball. It again reflected the lack of the first two key areas identified which were supposed to be rectified. There was a lack of a genuine creative playmaker who could help in stretching the wings and making those long passes on each side; vision to play incisive passes through the middle.

It is important to note that Naby Keita's role was identified as a perfect combination of the above, with the creative side of Coutinho. In the absence of the now-departed Brazilian, the Reds are missing both roles. Klopp urged for an immediate response in his post-match interview, but deep inside he knows that his intensity and 'bang-bang' approach will be tested against the bottom teams who dig in. As Swansea's manager Carvalhal noted after their victory, even a formula one car would get stuck in London traffic. What Klopp needs is a thinking technician who can create space, control and show his vision in the crowded areas of the pitch, at least before Keita arrives.

With just less than a week left until the end of the January transfer window, Jurgen Klopp and Fenway Sports Group must be debating hard on potential re-enforcements. Last summer, the likes of Keita and Van Dijk were identified to strengthen the team. Klopp has perhaps solved the issues at the back with the Van Dijk transfer but now he is challenged to cover a big hole in quality with Coutinho’s departure.

Financially, FSG and the club are in the best position they have ever been during the Americans' tenure, with revenue from the new TV deal and the new main stand boosting incomes. Pursuing 1 or 2 big transfers - perhaps going all-guns-blazing for Keita - shouldn’t be an issue and could arguably be the right move in this window.

There is no guarantee of top 4, even with a replacement for Coutinho. But at the very least, Liverpool fans would applaud the statement of intent from the owners and the manager who want their club to be in Europe every year and make the right steps for a possible title challenge next season.

This article was written by Sumit Haldar for LFCGlobe.co.uk. It has been edited for publication and does not necessarily represent LFC Globe's views.