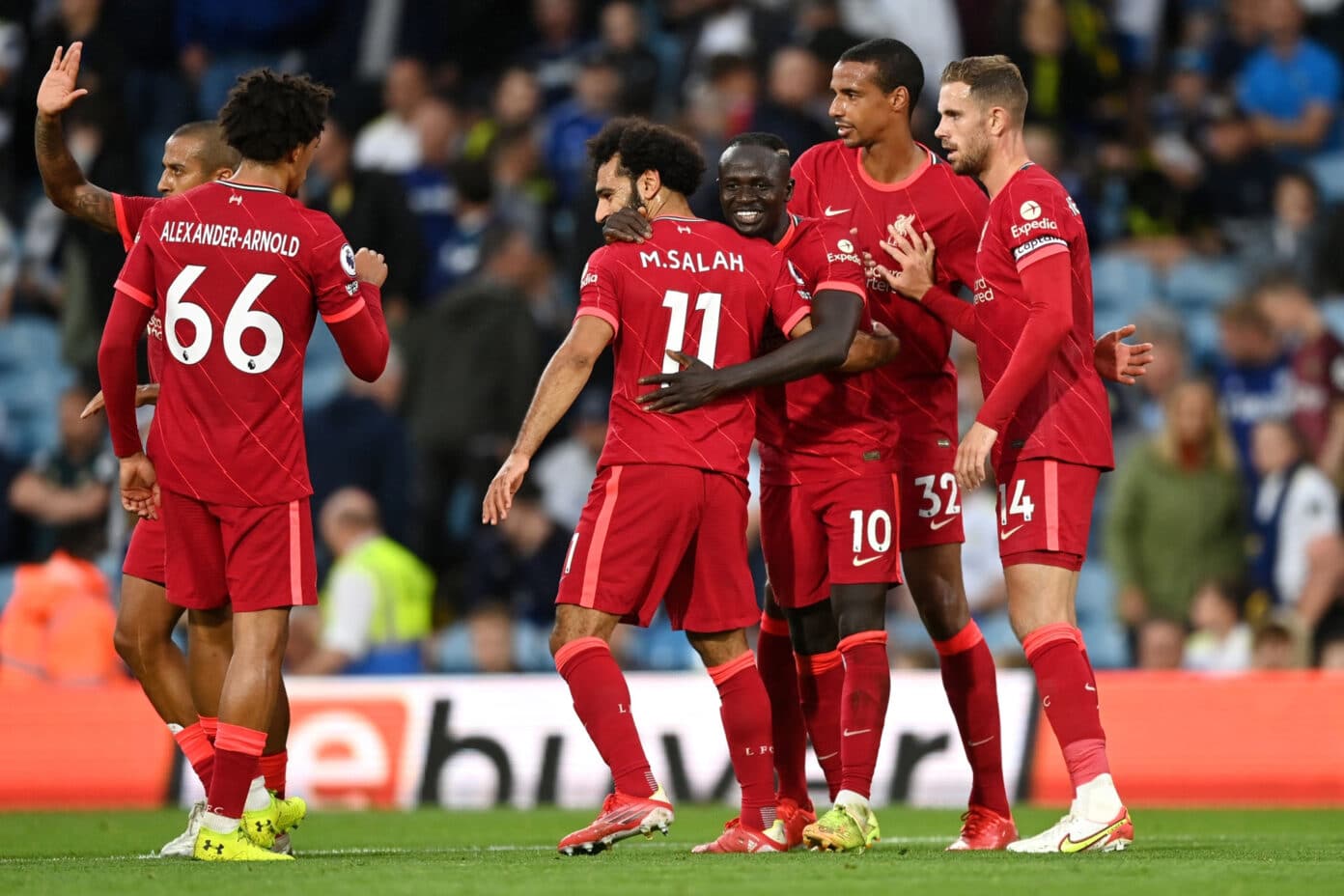 Liverpool beat Leeds United 3-0 with an impressive performance on Sunday afternoon, marred only by a serious injury to youngster Harvey Elliott.

Liverpool entered the break 1-0 up after an impressive first half that saw Mohamed Salah bag the opener to score his 100th Premier League goal.

The Reds doubled their advantage at the start of the second half as Fabinho bundled the ball home from close-range before Elliott was stretchered off the pitch with a suspected leg break after a tackle by Pascal Struijk, who was sent off.

Sadio Mane rounded off a successful day at the office for the Reds, who hit the 10-point mark after four games this season, but the injury to Elliott will undoubtedly be a huge worry in the aftermath. 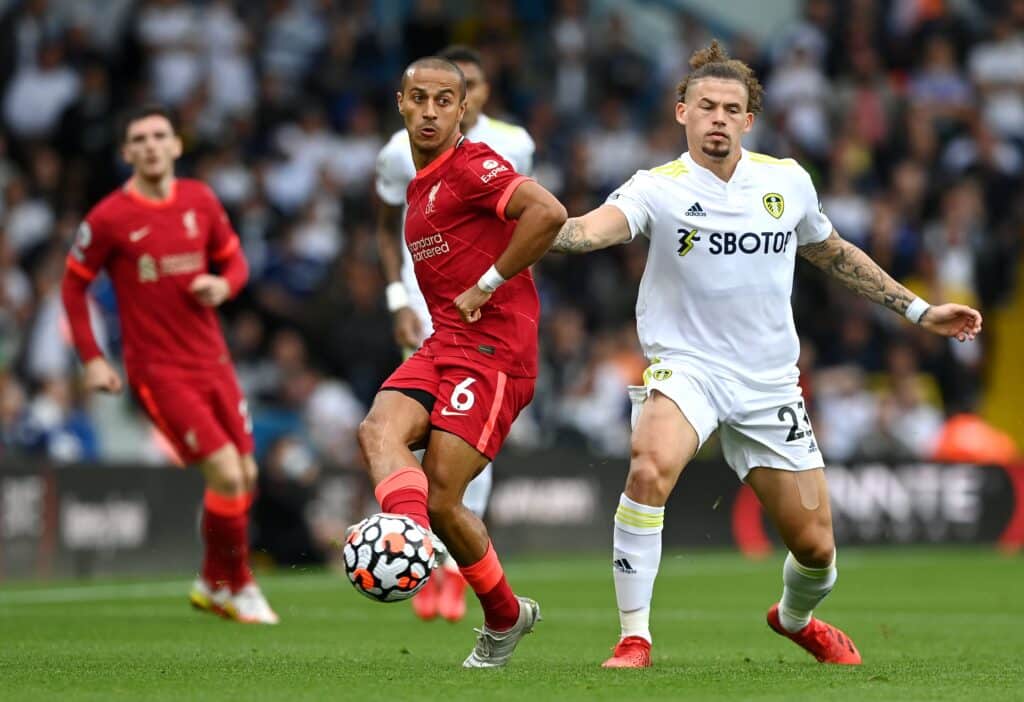 Jurgen Klopp made two changes to the side that drew against Chelsea before the international break as Thiago and Diogo Jota started from the off in place of Jordan Henderson and Roberto Firmino.

It was a deafening atmosphere as the two sides came out at Elland Road, with the crowd ensuring Jurgen Klopp’s side knew the hostility they were due for the next 90 minutes.

Mohamed Salah was brought down in the Leeds half but the referee judged the challenge fair before the hosts got forward and fashioned open an opportunity for Raphina, whose effort was fortunately straight at Alisson.

Trent Alexander-Arnold’s whipped ball into the box looked likely to find a suitable recipient but Diogo Jota was unable to get on the end of it as the Reds looked to gain the ascendancy with a period of sustained pressure.

A fantastic lofted pass from Salah was expertly controlled by Jota before the Portuguese acrobatically sent the ball towards goal, but his shot was kept out by goalkeeper Allan Meslier. 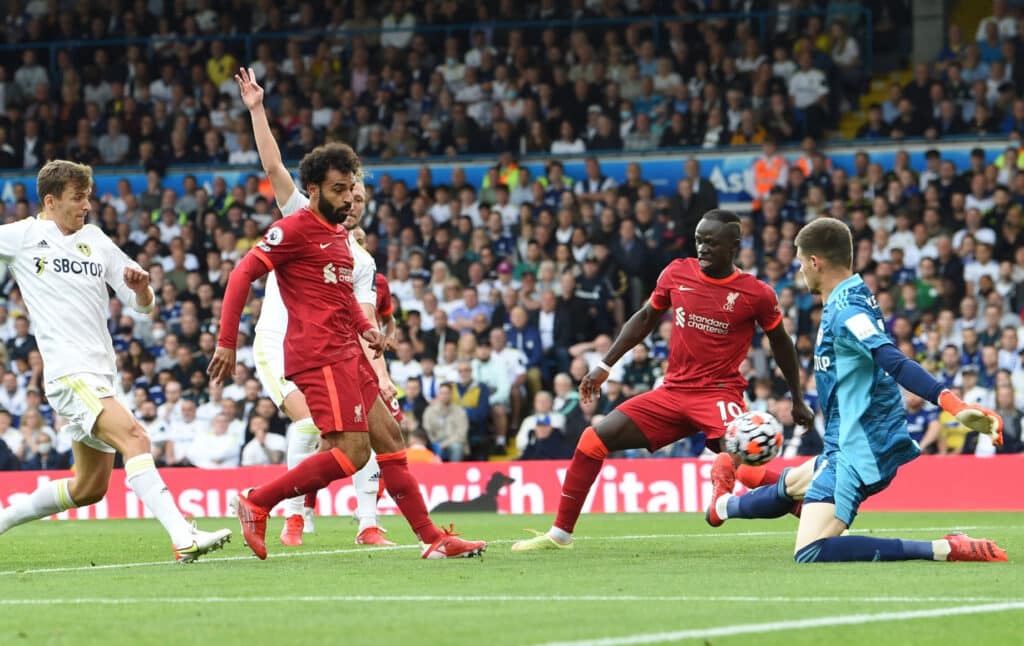 Liverpool found their opener in unlikely fashion as a gander forward by Joel Matip into Leeds’ box saw him play Alexander-Arnold through. The full-back’s drilled low ball across the box was turned home by Salah, who in the process netted his 100th Premier League goal of his career.

The Reds thought they’d doubled their advantage as Salah’s in-swinging cross from the right was headed into the back of the net by Thiago, but the linesman rightly flagged for offside.

Liverpool continued to put the pressure on as Mane skied an effort from just six yards out before Harvey Elliott was denied by Meslier and an unmarked Virgil van Dijk headed over from the ensuing corner.

Marcelo Bielsa’s side did well to stem the flow but it was Liverpool that remained in control throughout the first half, despite the Reds showcasing a lack of clinical finishing to round off their well-worked moves. 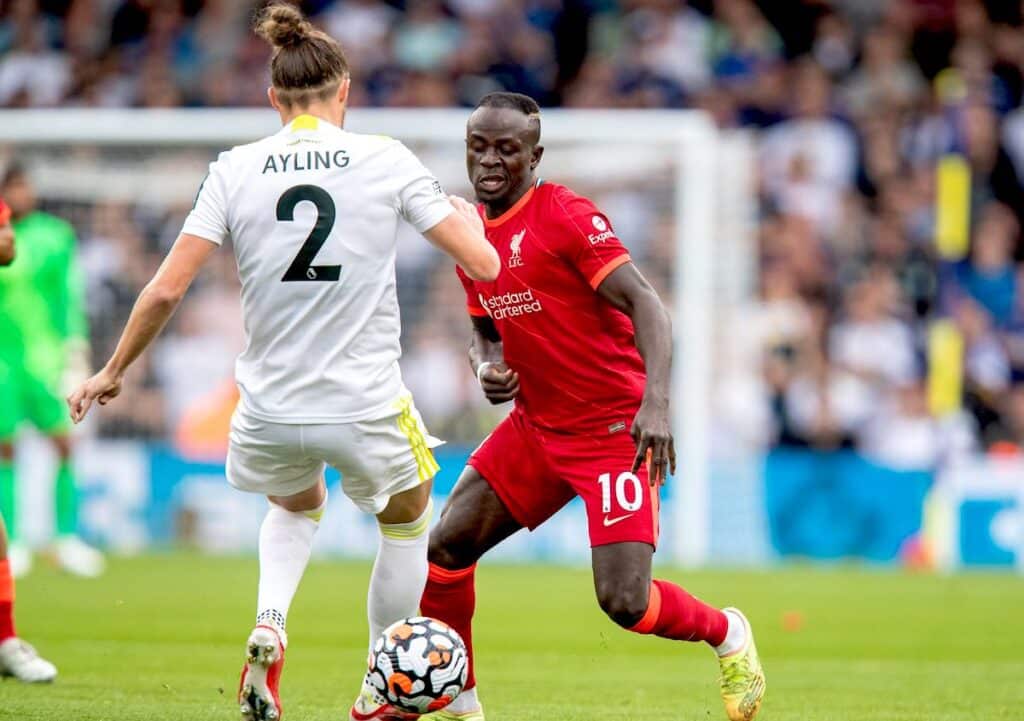 The Reds should have made it 2-0 after clever link-up play between Jota and Mane saw the latter through on goal, but he scuffed his shot under pressure from a Leeds challenge that was deemed fair, before Salah’s rebound was also blocked.

But Liverpool did find their second soon after as Van Dijk headed down a Reds corner and found Fabinho, who saw his initial effort blocked before eventually forcing the ball into the back of the net to make it 2-0.

With a little less than 60 minutes on the clock, there was a hugely worrying moment for all in red as Elliott was clattered into by a robust Struijk challenge, which undoubtedly caused the youngster to sustain a serious injury.

Struijk was duly shown a red card after a VAR check whilst it took more than four minutes for the medical team to administer treatment and stretcher off the 18-year-old, who is likely to be out for an extended period of time.

Jordan Henderson came on to replace the injured Elliott whilst the hosts looked to make the most of the lull in play after the restart as Raphina got down the right and crossed for Patrick Bamford, but Alisson was out to smother the ball.

Alex Oxlade-Chamberlain was introduced in place of Jota inside the final ten minutes as the Reds' No.15 slotted in through the middle alongside Salah and Mane, who looked eager to net the Reds' third. 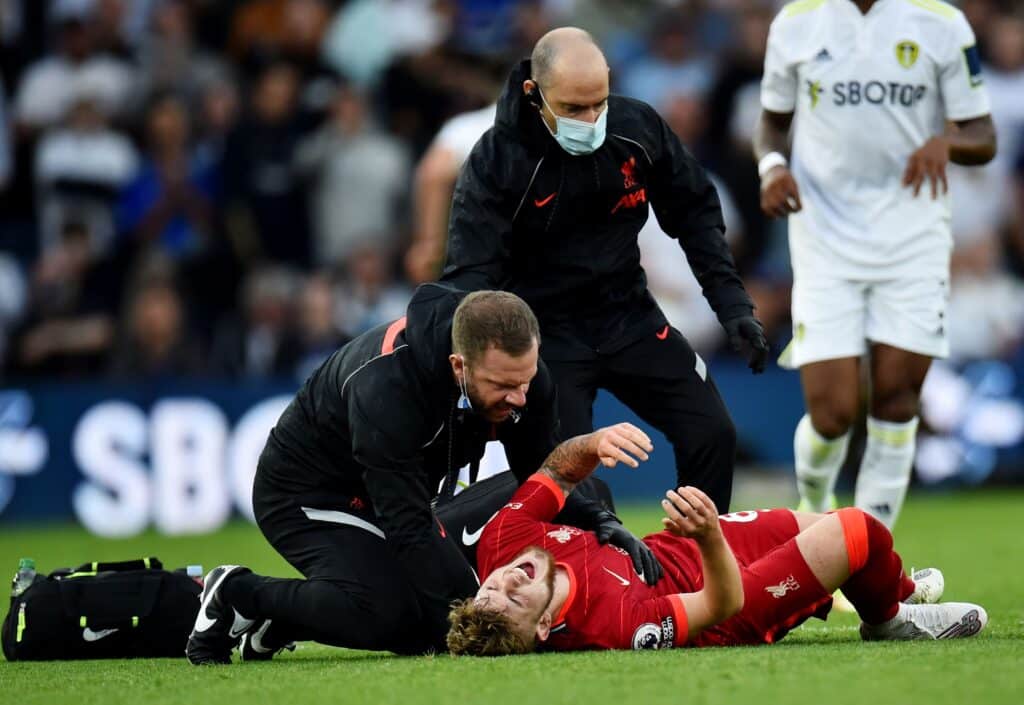 Henderson saw his shot saved by Meslier before Mane had an effort of his own blocked by Luke Ayling, with the Senegalese visibly frustrated by his inability to get on the scoresheet thus far.

But the Reds' No.10 finally found the back of the net inside the eight minutes of added time as Thiago laid the ball off for him inside the box, with Mane turning and finishing past Meslier to seal all three points for the Reds.

Liverpool next take on AC Milan in their first Champions League clash of the season at Anfield on Wednesday before they host Crystal Palace in the Premier League next weekend.