Jurgen Klopp was left satisfied with Liverpool's performance as they earned a 3-0 victory over VfB Stuttgart in Austria on Saturday afternoon.

Liverpool began their 2020-21 pre-season with a comfortable win over the Bundesliga side, with Roberto Firmino, Naby Keita and Rhian Brewster scoring for the Reds.

Firmino put Liverpool ahead inside the opening 15 minutes following good work in the box from Curtis Jones.

Firmino then flicked Mohamed Salah's pass into the direction of Keita for the second goal, with the Guinean finishing with ease.

An entirely different XI took to the pitch in the second half and Brewster added a third from close range in the 68th minute.

"I'm very happy, very happy. It was a super intense session for us today because the weather," Klopp said. "Wow, it rained like crazy, the pitch was really difficult – you could see the water was still on the pitch. That makes football games always tricky.

"[Stuttgart were a] good organised opponent obviously but we scored nice goals and for me most important was that we felt 45 minutes [of] football.

"It is different to a 90-minute session, because in sessions you make breaks, drinks break. Here is no break, so you just have to go through. That was the most important thing to do today and the boys did it, they felt the intensity of the game – very good.

"Tomorrow we do a little bit less, Monday two sessions, Tuesday is Salzburg, interesting. So, it's all good.

"I think Ki-Jana rolled the ankle a little bit but apart from that they all should be fine, which is obviously very important."

The boss was particularly impressed with how his side scored the goals, which he labelled as "absolutely exceptional." 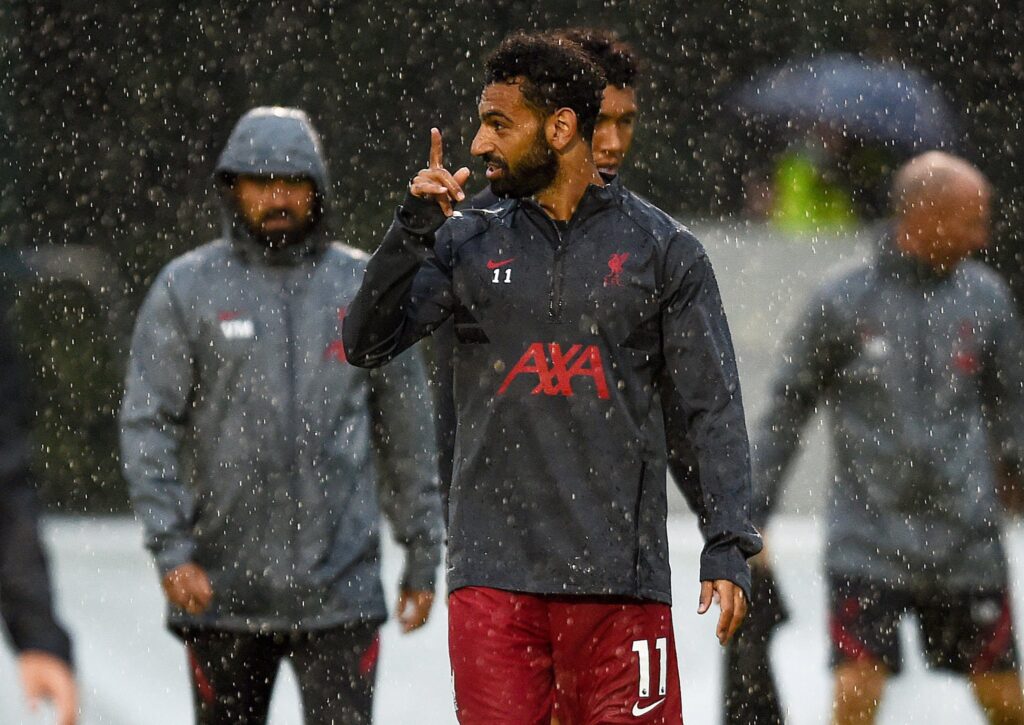 "How we made the goals, I would say that was absolutely exceptional. Obviously Taki is in pretty good shape, Kostas showed some nice glimpses of his talent," he said.

"We know we have good boys here and that looked well. Curtis first half [was] obviously around the goals, Harvey hard-working until the end, Rhian could have shot here, but they look really promising.

"How I said, they had to work today and that's what they did, so I'm fine with the performance."

The Reds are next in action on Tuesday afternoon as they take on RB Salzburg in their second and final pre-season friendly.

They then return to Merseyside after the game as they wrap up their preparations ahead of next Saturday's Community Shield clash against Arsenal.

"Tomorrow a little bit less intensity [in training] but more important things, Monday two sessions and Tuesday, we drive to Salzburg so I am not sure – we probably cannot train in the morning, so we will only play the game," Klopp said.

"It will be a tough one, Salzburg – every year they find exciting players from all over the world. I am excited to see them all because the style they play is clear. It will be pretty intense.

"I hope it will not rain that much; I have no problem with rain, but you always have to adjust and judge the situation differently. I think it will be better and then it is all fine."