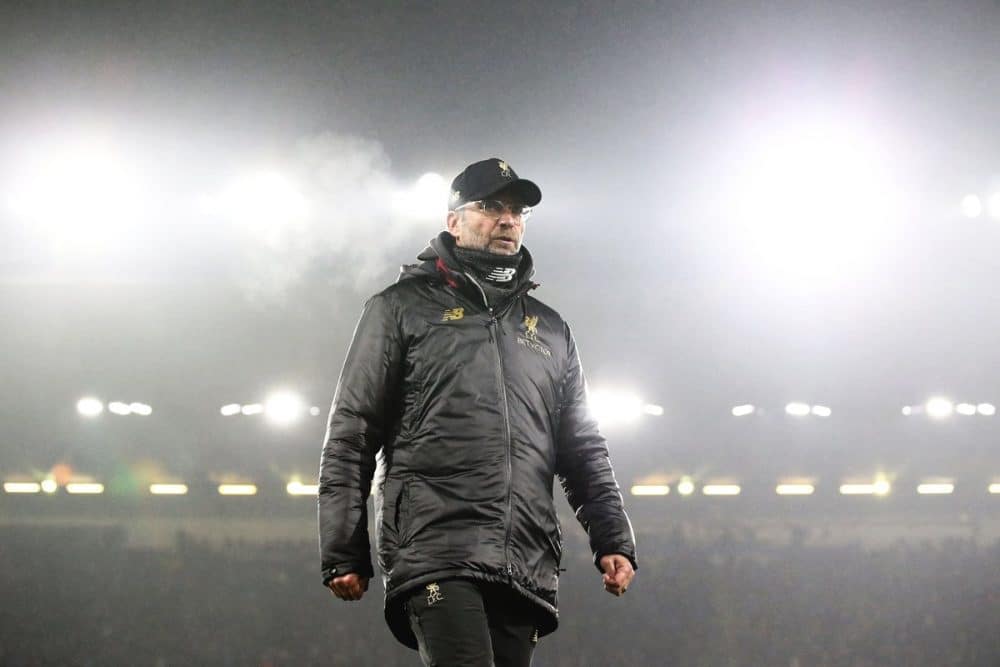 Jurgen Klopp has praised his side for having the 'perfect reaction' to fight back from a goal down to beat Burnley 3-1 on Wednesday night.

A heavily-rotated Reds side were under pressure at Turf Moor, knowing Manchester City had extended their lead at the top of the Premier League to five points after their win at Watford on Tuesday.

After a scrappy first-half, the Reds went a goal down from Jack Cork's close-range effort after suggestions that striker Chris Wood interfered with play from an offside position.

However, the Reds responded with James Milner smashing a low effort in to the bottom right corner that caught out the unsighted Joe Hart.

Less than ten minutes later, the Reds took the lead with substitute Roberto Firmino scoring a simple tap-in after good work from Virgil van Dijk, with the Reds then grabbing a third late on via Xherdan Shaqiri.

Speaking after the game, Klopp praised his side's persistence in not giving up and taking all three points back to Merseyside. 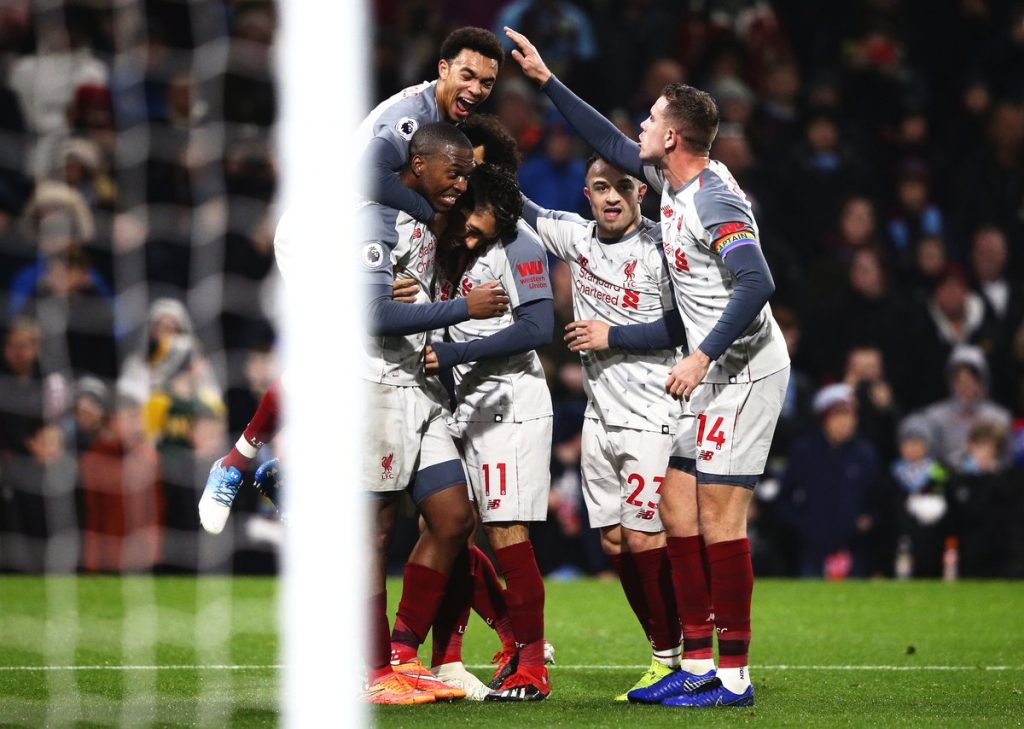 "We conceded the goal, I didn’t see it back but everybody asked me about offside and other things, so I don’t know if it was or not," he said on Cork's opener.

"Then, reacting like we reacted at a tough place like Turf Moor and Burnley, that’s special. It’s really good.

"Millie with a really, really good performance, especially physically, and scored that one. Then, finally, after a few weeks’ break, our set-pieces are back and it was really good; Bobby with his first touch pretty much.

"We wanted to change when we were 1-0 down, then we changed when it was 1-1 because it was clear we still wanted to win the game and that’s what we had to try. That’s what we did. The third goal was obviously brilliant.

"We controlled the game in a lot of moments, but in all the moments where we gave Burnley the chance to have a proper tackle and stuff like that, then it didn’t look that cool.

"The second half was a perfect reaction and I am really, really happy about the three points."

With so many changes, Klopp acknowledges that his side could be rusty, but explained how he made some tactical tweaks at the break to help them out.

"The first half was just the start, we made our life difficult by ourselves," he said.

"You saw it, Joel [Matip] had two or three passes and after a long time not playing, we all know and hopefully you all remember what a player he is, but he didn’t play for a while. Then you have the first three passes and they are really awful, that doesn’t help.

"It was a similar situation, not exactly like it, but Alberto [Moreno] needed a bit of time, Div [Origi] needed time, Daniel [Sturridge] needed time and all that stuff. Shaq was not really involved. Then we had to change early and stuff like that, it all doesn’t help. 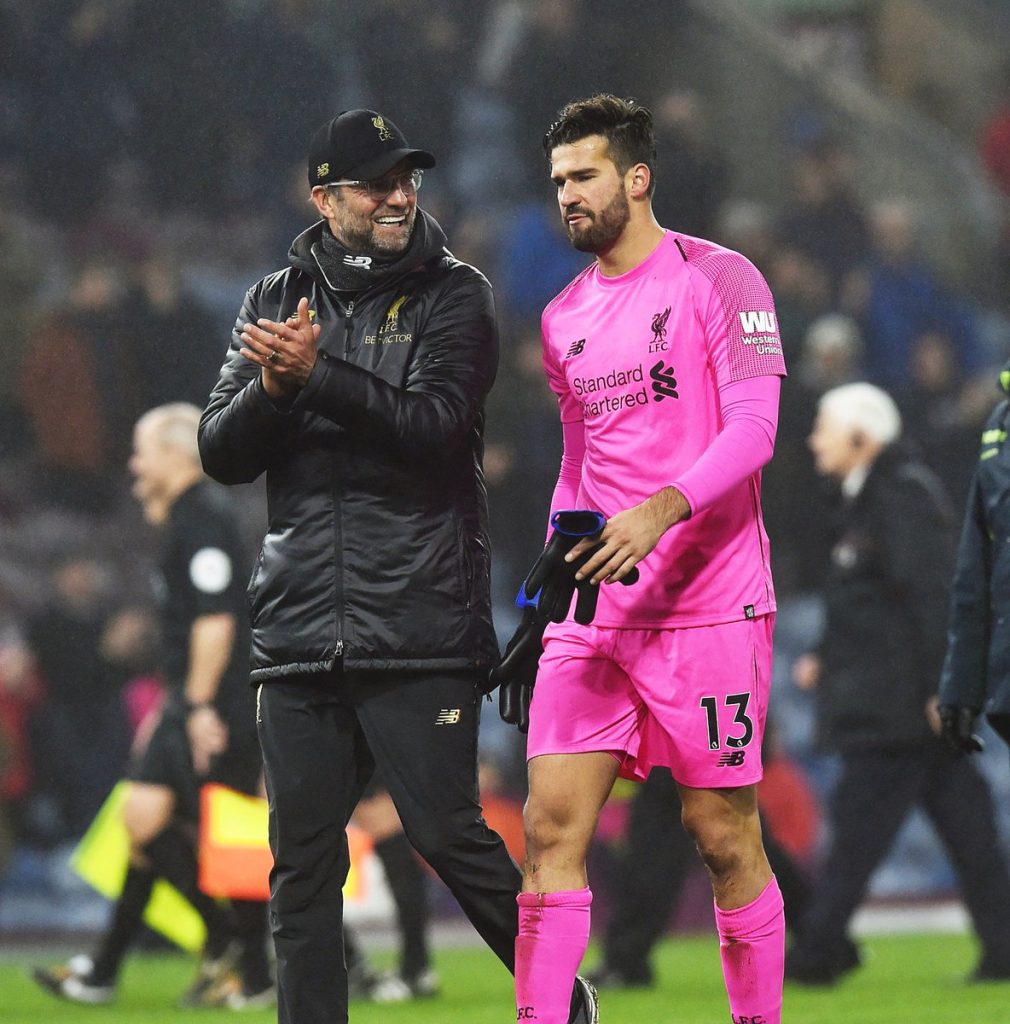 "Burnley had a specific plan, to be really aggressive in their challenges and stuff like that, so each ball they won, even if it was a throw-in for us, helped them and obviously didn’t help us mood-wise.

"So I was really happy we could just adjust a few tactical things [at half-time], but I told the players I shouted a lot in the first half but I wasn’t angry.

"I knew it could be a bit rusty, that’s how it is with a lot of changes, but now we are warm, used to it and we adjust a little bit.

"We could really bring Daniel into a different position if Div is more central and Shaq more involved in another space. If we could make that a bit more clear then we have immediately better options."

The Reds are next in action in a lunch-time kick-off against Bournemouth at the Vitality Stadium and it will be interesting to see how Klopp shapes his line-up with Napoli in mind next week.

Klopp was impressed by Naby Keita's impact on the game and supporters will be hoping to see the Guinean start again at the weekend after an impressive showing.

The Reds are extremely likely to be without Joe Gomez however, Klopp confirming after the game that the 21-year-old is "injured and probably not only a little bit."