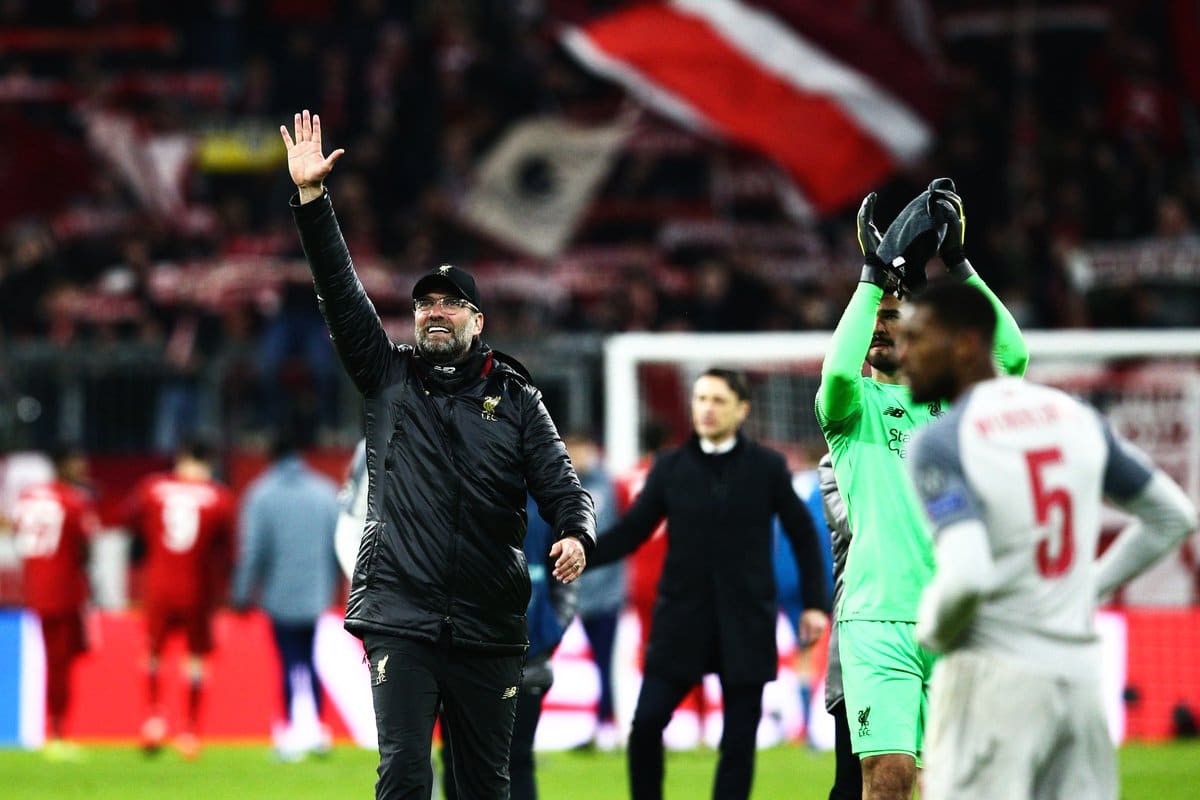 Jurgen Klopp spoke of how proud he was of his side after they qualified for the Champions League quarter-finals with victory over Bayern Munich.

The Reds put in a magnificent performance at the Allianz Arena on Wednesday night as they beat Niko Kovac's side 3-1.

Sadio Mane put Liverpool ahead with a superbly taken goal, before the hosts equalised ahead of the interval via a Joel Matip own goal.

Liverpool stepped up in the second-half as Virgil van Dijk headed home a corner to give the Reds a 2-1 advantage. Mane soon followed with a header of his own to score his second and Liverpool's third.

Speaking after the game, Klopp expressed his thoughts on the victory, insisting Liverpool are now back on the map after their win.

"We will see what we can do with it but it is a fantastic sign. We set a mark for LFC tonight that we are back on the international landscape as a football club," he said.

"I am really happy about the result and the fact that we are through. I knew we had a chance but I didn’t expect it would happen, but the boys made it happen and it was really brilliant.

"They know it’s a very, very tough place to come. This club has always outstandingly strong football teams and they have now, but we kept them as often away from our goal as possible.

"I don’t know about the statistics but my impression was that there were not too many difficult situations in and around our box. That’s a massive sign.

"The first step to winning a game like this: it’s not about playing your best football, free-flowing, that’s not possible against this quality. You cannot use your speed, really, because the other team is quick as well.

"It’s not a massive advantage so you have to find different ways [and] tonight we found them.

"That makes me really proud and happy because I really think this club deserves the awareness again. We are back, so good. Let’s carry on.

Klopp also provided an injury update on skipper Jordan Henderson, after the midfielder was forced off in the first-half with an ankle injury.

The Reds wait to find out their next opponents in Friday's quarter-final draw. Liverpool laid down the marker on Wednesday night and others in the competition are sure to have taken note.