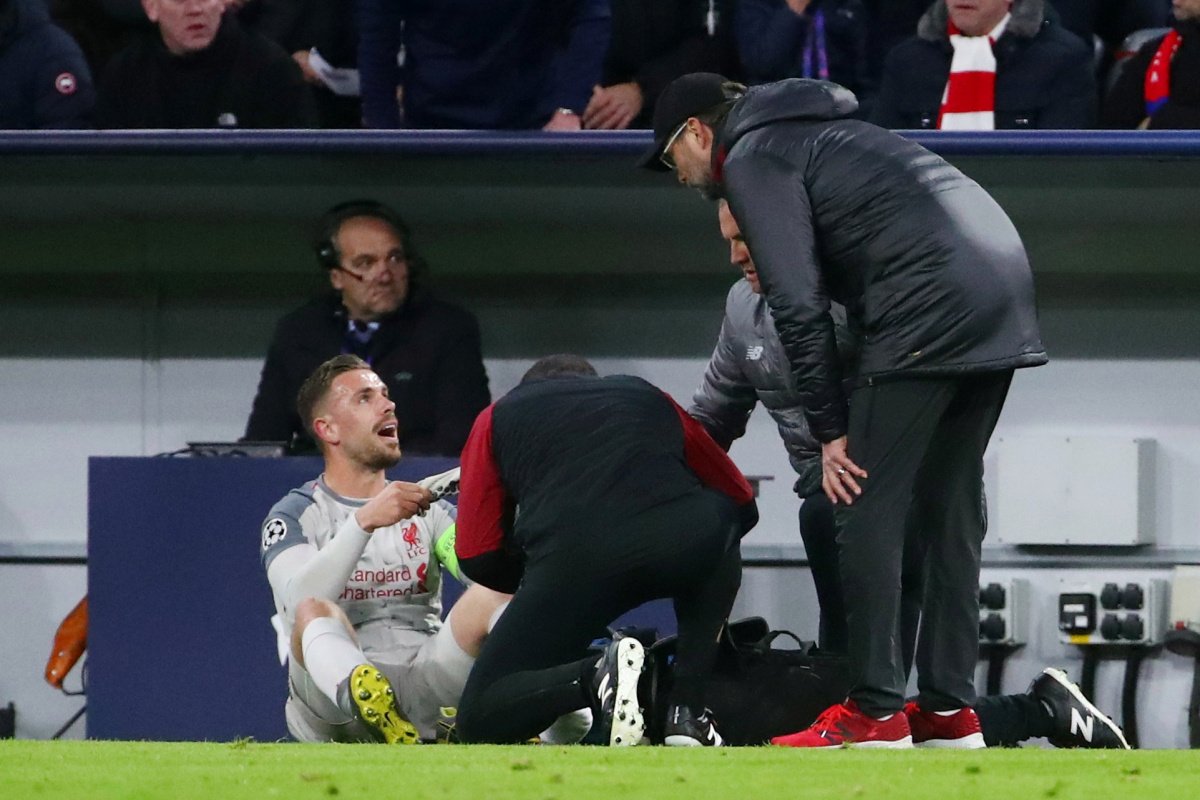 Henderson looked to have rolled his ankle after coming together with Bayern midfielder James Rodriguez in the early stages.

The skipper was forced off the pitch after only 13 minutes, replaced by Fabinho - who was a surprise exclusion from Jurgen Klopp's starting eleven.

The Reds went on to advance to the quarter-finals with an emphatic 3-1 victory, and Klopp gave an update on Henderson's injury after the game.

"It's a big night with a little shadow that is Hendo's twisted ankle," Klopp said. 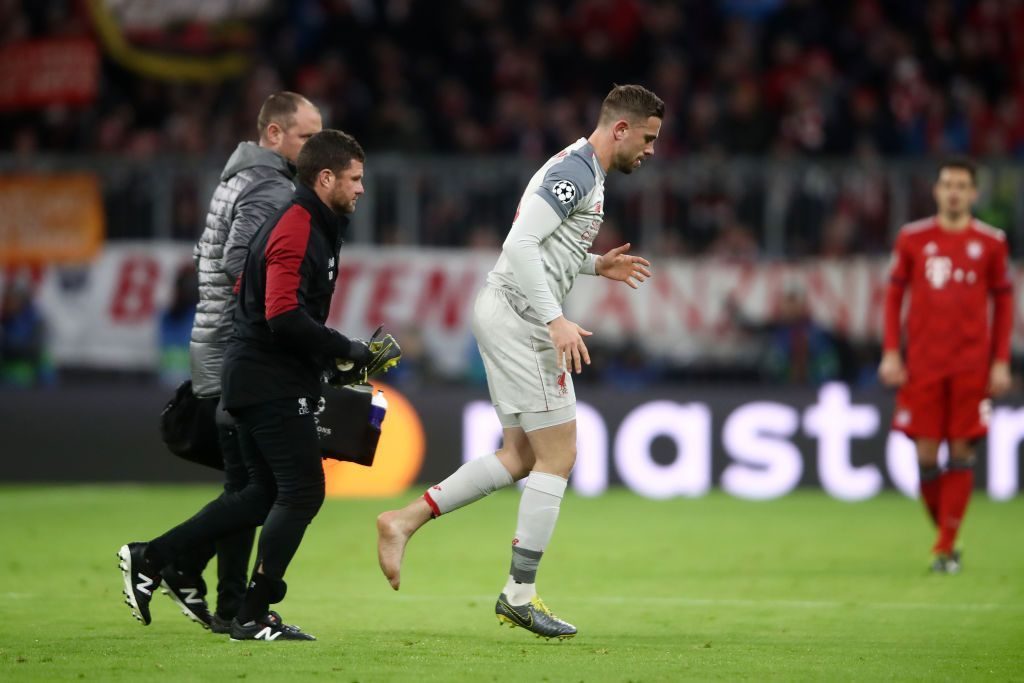 "It's Hendo, so he's a hard one, but we have to see, of course. It looks hopefully not that serious but for tonight we had to change."

Dominic King of the Mail further added that the knock will "almost certainly rule him out of Sunday's trip to Fulham".

Jordan Henderson was able to leave the stadium without any need for crutches; his injury is nothing too serious but it will almost certainly rule him out of Sunday's trip to Fulham

Klopp also highlighted the fact the Reds had trained all week with Henderson in mind, suggesting how it scuppered his initial plans.

"That's always a bad sign for a game, when you have to change early," he said.

"We trained with him there in that position - we wanted to, not to rest Fabinho, but we wanted to bring in fresh legs and Hendo had fresh legs but unfortunately that didn't help with the ankle." 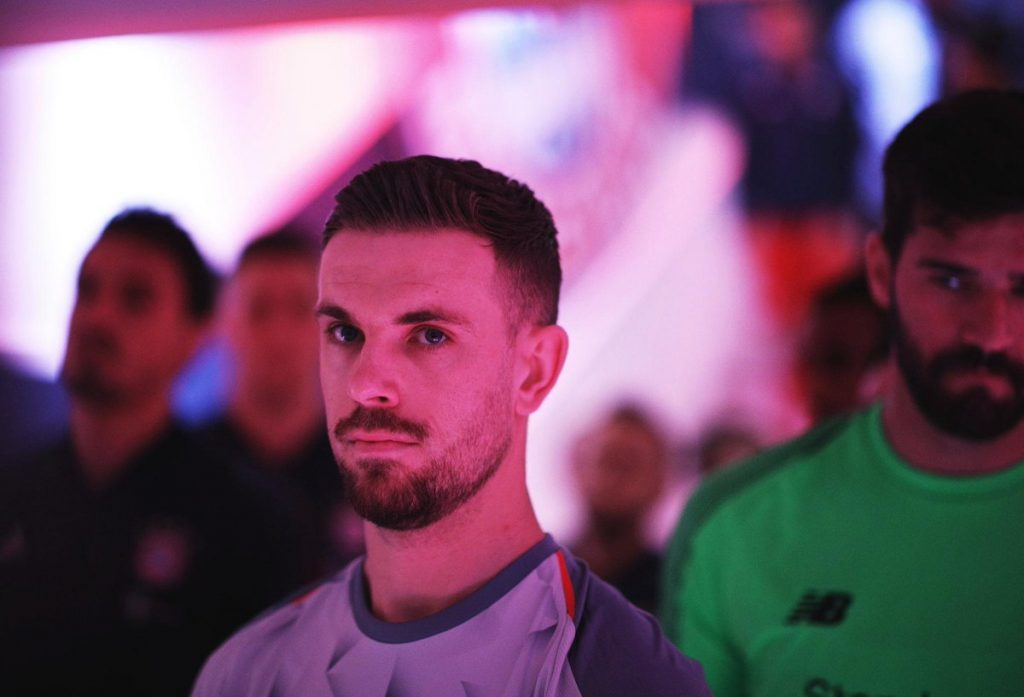 The Reds face Fulham in a crucial Premier League clash at Craven Cottage on Sunday before the teams jet off for the international break.

Henderson should be back after the international break, with huge fixtures to come against Tottenham, Southampton and Chelsea.

Liverpool could also welcome back Joe Gomez and the long-awaited Alex Oxlade-Chamberlain after the international break, a huge boost for them as they look to trounce Manchester City in the Premier League.