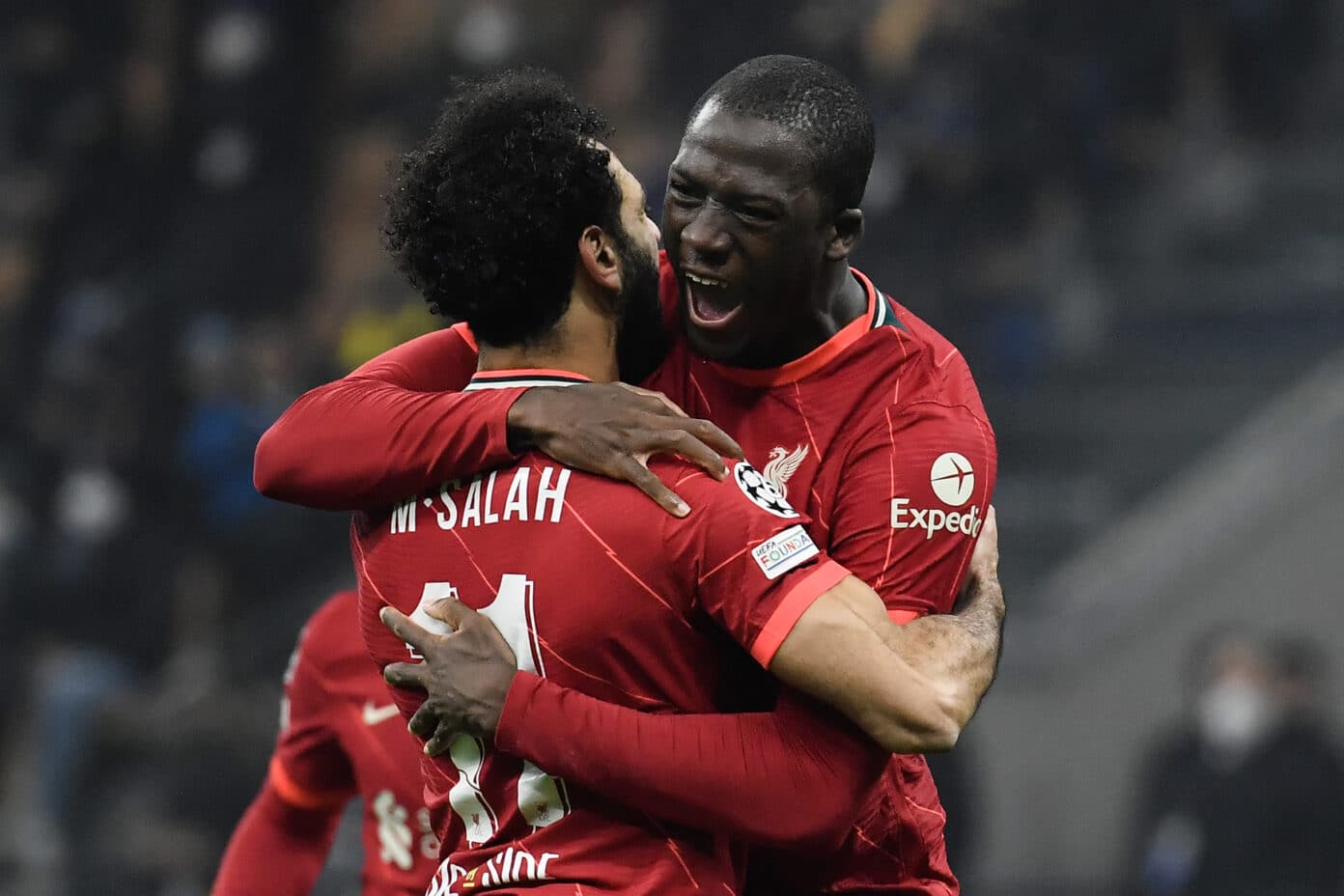 Inter Milan vs Liverpool highlights: Watch all the goals and highlights as the Reds beat Internazionale 2-0 at the San Siro in the Champions League round-of-16 first-leg on Wednesday night.

The Reds made a commanding start to the game and they had the first real opportunity of the opening minutes as Sadio Mane headed over from Andy Robertson's cross towards the far post. Hakan Calhanoglu then hit the woodwork for the hosts from a tight angle following a rare early Inter attack.

Liverpool made life uncomfortable for Inter Milan as they pressed high and looked to win the ball back early but despite a couple of chances for Mane and Trent Alexander-Arnold, the Reds were unable to register a shot on target.

There was more than enough encouragement for Inter going the other way, but they were often limited to putting together quick counter-attacks instead of exerting any real sustained pressure.

Roberto Firmino came on at the break but Simone Inzaghi's side stepped it up in the second half and took the game to the Reds, who eventually stemmed the flow after a triple substitution that saw the introduction of Jordan Henderson, Naby Keita and Luis Diaz - with the latter making his Champions League debut.

The Reds made the breakthrough with fifteen minutes left and it was Firmino who got himself on the scoresheet as he connected with Robertson's corner at the near post and excellently glanced the header into the opposite corner to make it 1-0.

Liverpool then gave themselves a two-goal cushion in the tie as the otherwise quiet Mohamed Salah pounced on a loose ball inside the box. The Egyptian squeezed his effort into the back of the net with a fine finish to seal a 2-0 win to take back to Anfield.