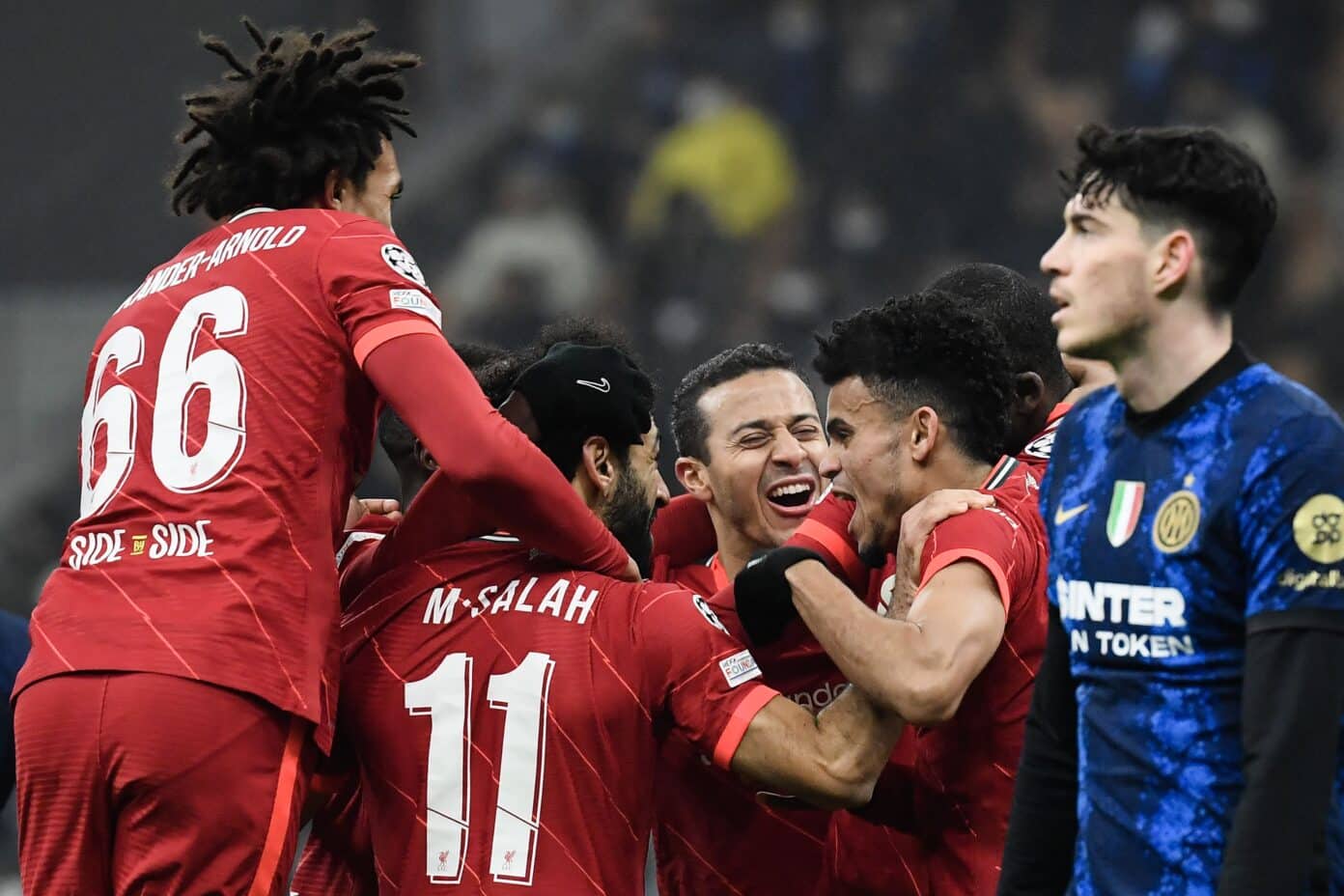 Liverpool overcame Inter Milan in their Champions League round-of-16 first-leg tie at the San Siro, with goals from Roberto Firmino and Mohamed Salah clinching a 2-0 win.

Liverpool were off the pace in the first half despite a strong start to the game. Both sides had chances to take the lead, with Sadio Mane having the Reds' best opportunity in the opening 45 minutes.

The Reds survived a spirited Inter display after the restart and half-time substitute Roberto Firmino gave them the opener with fifteen minutes left on the clock, before Mohamed Salah sealed a 2-0 win with a fine finish to hand the Reds the advantage in the tie.

Jurgen Klopp's side are undoubtedly in a favourable position for the second leg next month, with all focus now turning back to the Premier League as they take on Norwich City at Anfield on Saturday. 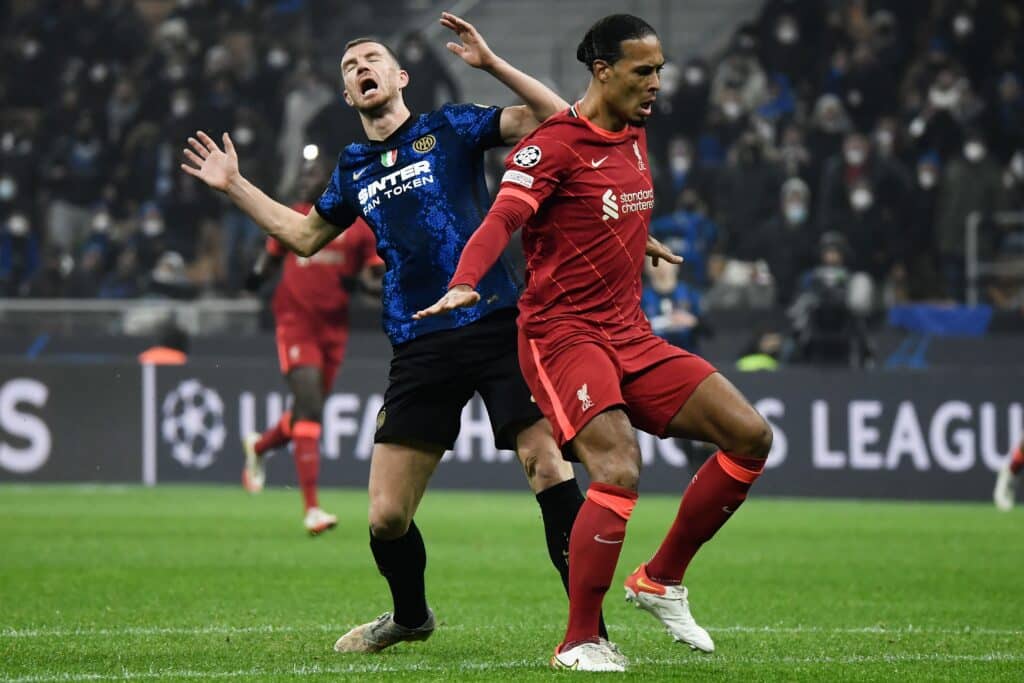 Harvey Elliott became the youngster Champions League debutant for Liverpool as he returned to the starting eleven as part of four changes that also saw Ibrahima Konate, Thiago and Diogo Jota come into the side.

Both sides had shots from distance in the opening stages as Lautaro Martinez's side-footed finish went wide of the post, whilst Thiago shinned an effort from that ultimately looped over the crossbar.

Moments earlier, Sadio Mane had attempted an acrobatic free-kick after Trent Alexander-Arnold's corner made its way to the forward, but his effort was blocked by Stefan de Vrij before falling to Fabinho, who was unable to force the ball home.

An excellent Andy Robertson free-kick towards the back post was met by Mane as he looked favourite to nod the ball home. But he was unable to keep his header on target in a real let-off for the Serie A side.

Hakan Calhanoglu then hit the crossbar from a tight angle after a well-worked Inter move that opened up space for the Turkish international inside the box, with Alisson seemingly bamboozled by his quick touch and shot. 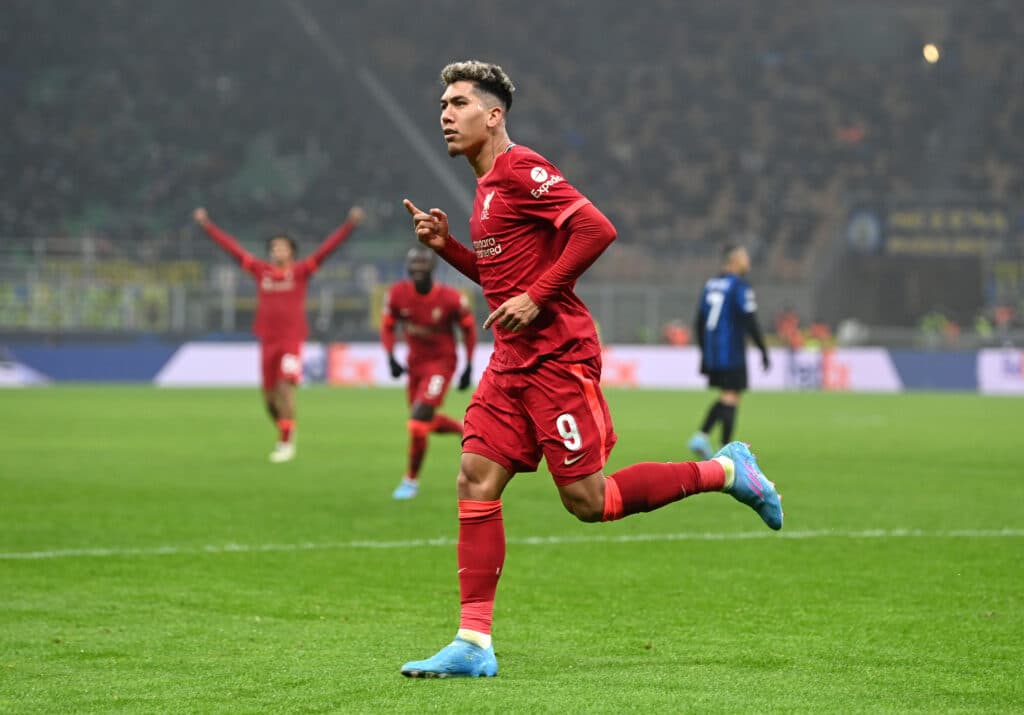 The chances kept coming for Mane as he was found at the far post once again, but the Senegalese couldn't make the right connection with the ball as it darted into the side netting without troubling goalkeeper Samir Handanović.

Alexander-Arnold went inches wide from a nearly perfect free-kick from 25 yards out before Inter nearly found an opening themselves when Denzel Dumfries looked likely to find an unmarked Edin Dzeko, but Ibrahima Konate made a crucial interception to thwart the attack.

Milan Skriniar headed wide from a corner after beating Mane to the ball before Virgil van Dijk was required to put on the after-burners after Dzeko had broken through, with the Reds' skipper on the night getting across and dealing with the danger.

Jota made way for Roberto Firmino at the break as Klopp looked for a new dynamic, but the change did little to help the Reds' attacking endeavours as Inter started the second half strongly and put Liverpool under the cosh.

Ivan Perisic caused plenty of problems down the left as Inter continued to threaten, with Klopp opting to make a triple change by bringing on Jordan Henderson, Naby Keita and new arrival Luis Diaz, with Fabinho, Mane and Elliott making way. 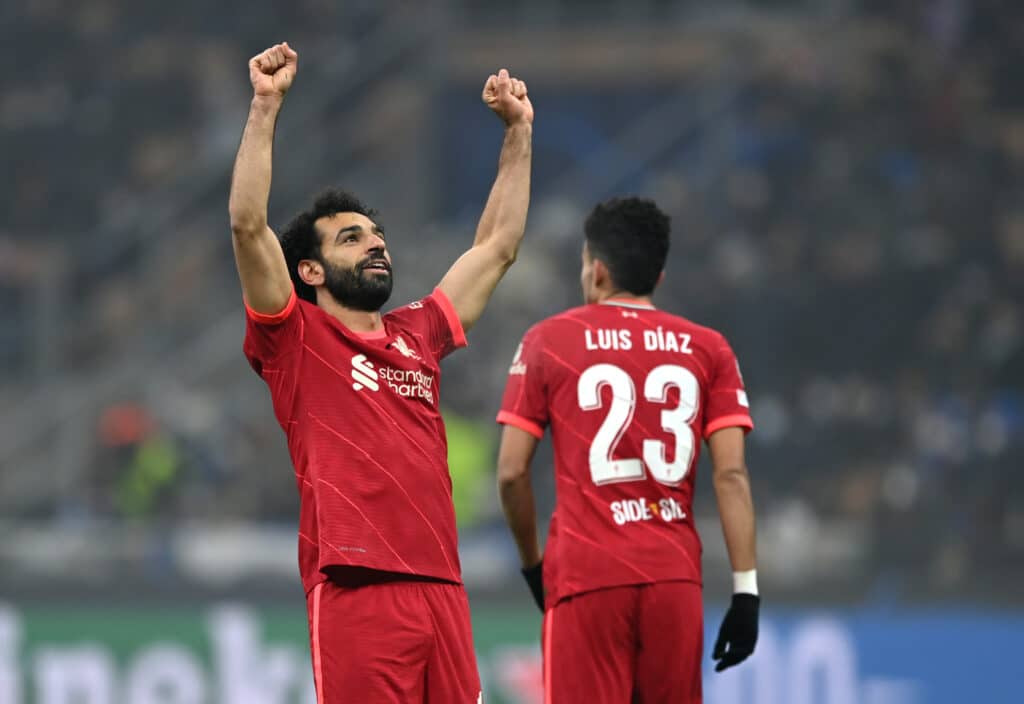 A long ball down the middle seemingly caught Liverpool out after Dzeko got in behind and slot the ball past Alisson and into the bottom corner, but the linesman rightly put his flag up for offside.

Diaz was a livewire as he took the fight to Inter and the Reds eventually found the opener through substitute Firmino, who got across the front post and glanced a header from Roberton's cross into the back of the net to make it 1-0.

Mohamed Salah, who was kept quiet for much of the night, had the final say as he slotted home from a loose ball inside the penalty area to secure a hard-fought two-goal advantage in the tie ahead of the second leg next month.