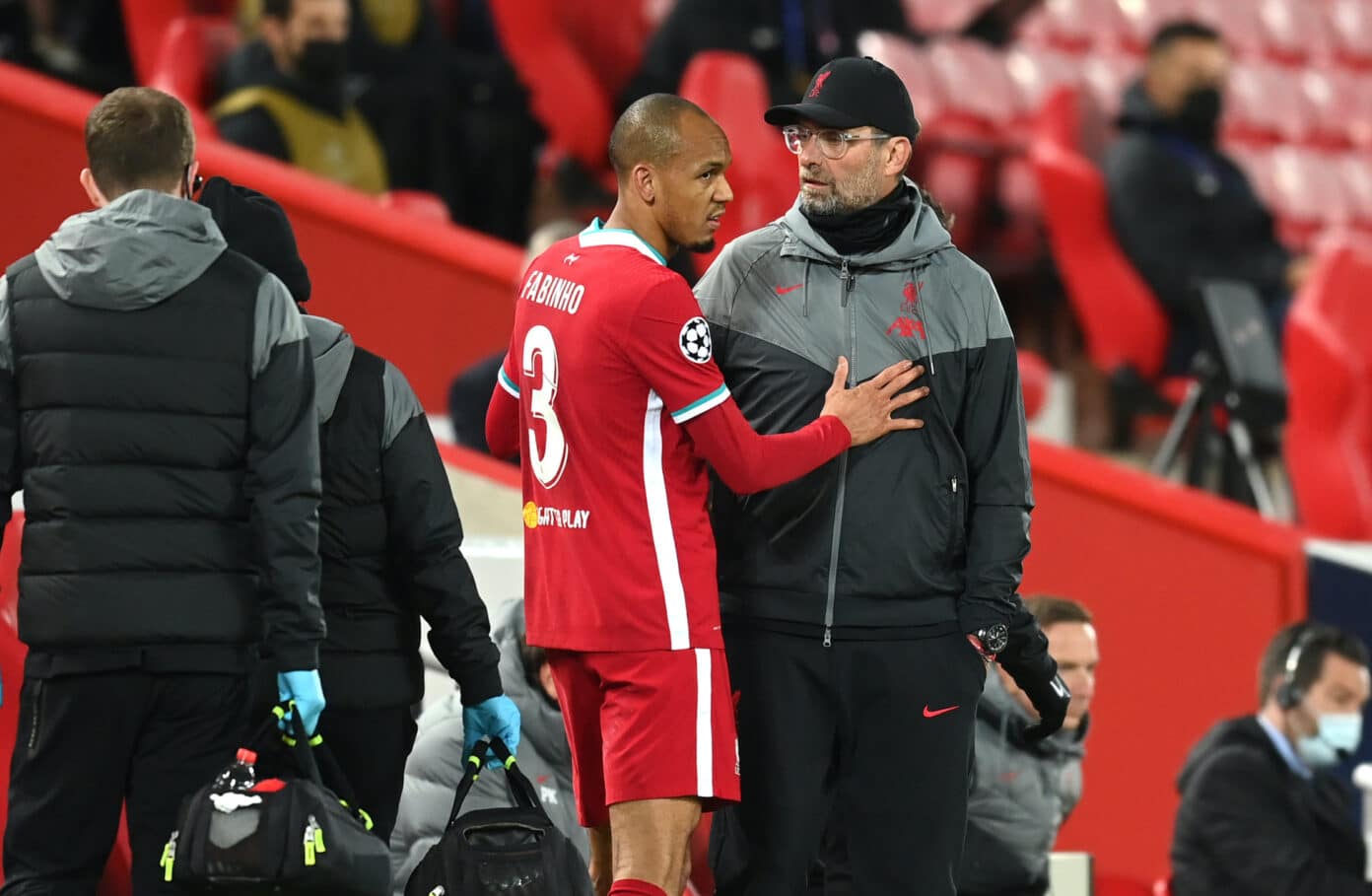 Liverpool have found out the extent of Fabinho's injury, with the Brazilian set to miss at least the next three games for the Reds.

Fabinho was withdrawn in the first half of Liverpool's 2-0 win over Midtjylland on Tuesday night after pulling up with a muscle injury.

He underwent scans on his hamstring on Wednesday, with the Reds now finding out the duration of his absence.

Fabinho suffered nothing more than a grade two tear, avoiding the need for a long rehabilitation program that could have seen him out of action for up to six months.

Instead, he could be back on the pitch "straight after the upcoming international break," according to the Mirror's David Maddock.

It would mean he would miss at least the next three fixtures - against West Ham this weekend, Atalanta in the Champions League and Manchester City next Sunday.

Fabinho's absence is far from ideal, but it's good news in the sense that there isn't any long-lasting damage, which could have seen him miss a large part of the season.

Should the 27-year-old recover in time, he could make his return against Leicester City at Anfield on 21 November. However, a return against Atalanta (25 Nov) or Brighton (28 Nov) is perhaps a more likely scenario.

Fabinho will miss Brazil's upcoming clashes against Venezuela and Uruguay next month, presumably staying at Melwood in order to recuperate.

The Reds will need to find a solution in the interim, with Klopp suggesting he won't push Joel Matip for an early return against the Hammers this weekend.

Matip is continuing his rehabilitation from injury at Melwood alongside the likes of Thiago, Naby Keita and Kostas Tsimikas.

With Virgil van Dijk out for the season, Joe Gomez is the Reds' sole senior recognised centre-back in the squad.

While 19-year-old Rhys Williams came on from the bench to replace Fabinho on Tuesday night, Klopp could also turn to one of Nathaniel Phillips, Billy Koumetio or Sepp van den Berg.

It remains to be seen how Klopp approaches the situation, with suggestions that he could move to a three-man defence with the likes of Jordan Henderson or Gini Wijnaldum in unconventional centre-back roles, as he previously has done.