Everton vs Liverpool highlights - Liverpool returned to Premier League action with a goalless draw in the Merseyside derby on Sunday.

It's likely to be a Merseyside derby remembered only for the circumstances surrounding it, rather than for the quality on display.

Despite Liverpool being in control for much of the game, they were unable to find their way through the Everton defence as they settled for a goalless draw.

The result leaves Liverpool needing another five points to clinch the Premier League title, setting up the possibility of winning the title against Manchester City early next month.

Joel Matip and James Milner started in the back-line in place of Joe Gomez and Andy Robertson, with the latter not included in the match-day squad.

Naby Keita started in midfield alongside Fabinho and skipper Jordan Henderson. Mohamed Salah started on the bench, with Takumi Minamino taking over his role in the attack.

Everton made a promising start but Liverpool began to dominate the ball as they looked for openings behind the Blues defence. 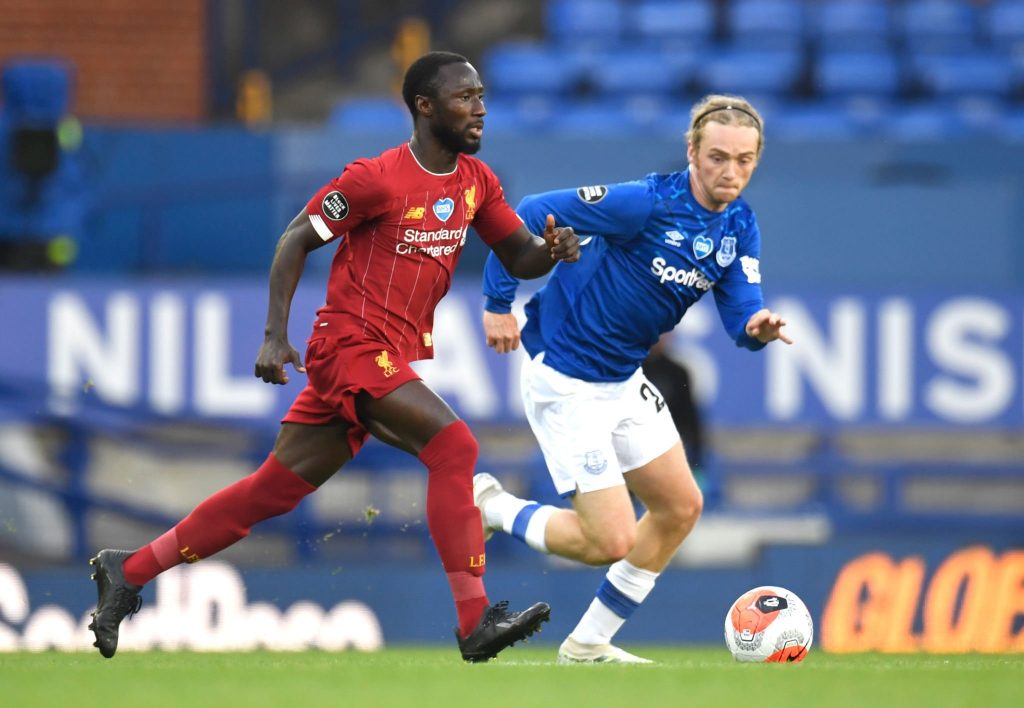 Liverpool were the sharper of the two sides as they outnumbered Everton in the middle of the park. Keita, in particular, looked to exploit space down the left.

Despite Klopp's side looking like having the edge, they were unable to create any clear-cut chances to make their brief dominance count.

Klopp urged his side forwards during the first drinks' break and they should have taken the lead a few minutes later.

Trent Alexander-Arnold whipped in an excellent set-piece from the right, with Joel Matip getting a free run on a header. However, he could only nod the ball wide of Jordan Pickford's goal.

The Reds had a couple of shots from range without bothering Pickford, before a curling Alexander-Arnold free-kick was dealt with by the goalkeeper.

The Reds were dealt a blow three minutes before half-time as Milner was forced off with a suspected hamstring injury, with Joe Gomez taking his place at left-back.

Minamino was withdrawn at half-time for Alex Oxlade-Chamberlain, with Klopp keen to add more physicality and drive to the Reds back-line.

The change and half-time team talk did wonders for the Reds, who upped the intensity and speed of their build-up play. They looked the fitter of the two sides as they began to impose their game on the hosts. Keita linked up with Roberto Firmino and played a clever give-and-go with the Brazilian before unleashing a powerful shot, only for the ball to blaze wide of the post.

Richarlison had a rare sight of goal against the run of play as he raced clear of the Reds' defence, but Gomez and Matip did enough to force him wide and shoot off target.

With a little under 30 minutes left, Klopp continued to resist the urge of bringing Salah on from the bench. The boss instead brought on Gini Wijnaldum for Keita and Divock Origi for Firmino.

For all of Liverpool's possession, which neared 70% throughout the second half, they had still only crafted two shots on target all game.

There was further concern for Liverpool as Matip pulled up with a knock, with Dejan Lovren coming off the bench in place of the Cameroonian for the final 12 minutes.

Everton looked improbable to make a break-through, but they came to life towards the latter stages.

First, Richarlison centred for Calvert-Lewin, whose flicked effort was pushed away by Alisson. Tom Davies got on the end of the rebound and almost gave his side an unlikely lead, only for the ball to hit the post.

Richarlison then continued to cause Lovren issues down his side and came close with a good strike after beating the Croatian, but Alisson was again up to the task.

The Reds had one final chance in added-time as Fabinho and Alexander-Arnold stood over a free-kick. The former struck a powerful shot on target, but Pickford tipped it over to keep the Reds at bay.

Disclaimer: Everton vs Liverpool highlights, goals and full-match videos are provided and hosted by external sources. We help you discover publicly available material and act as a search engine. We do not host or upload this material and are not responsible for the content.