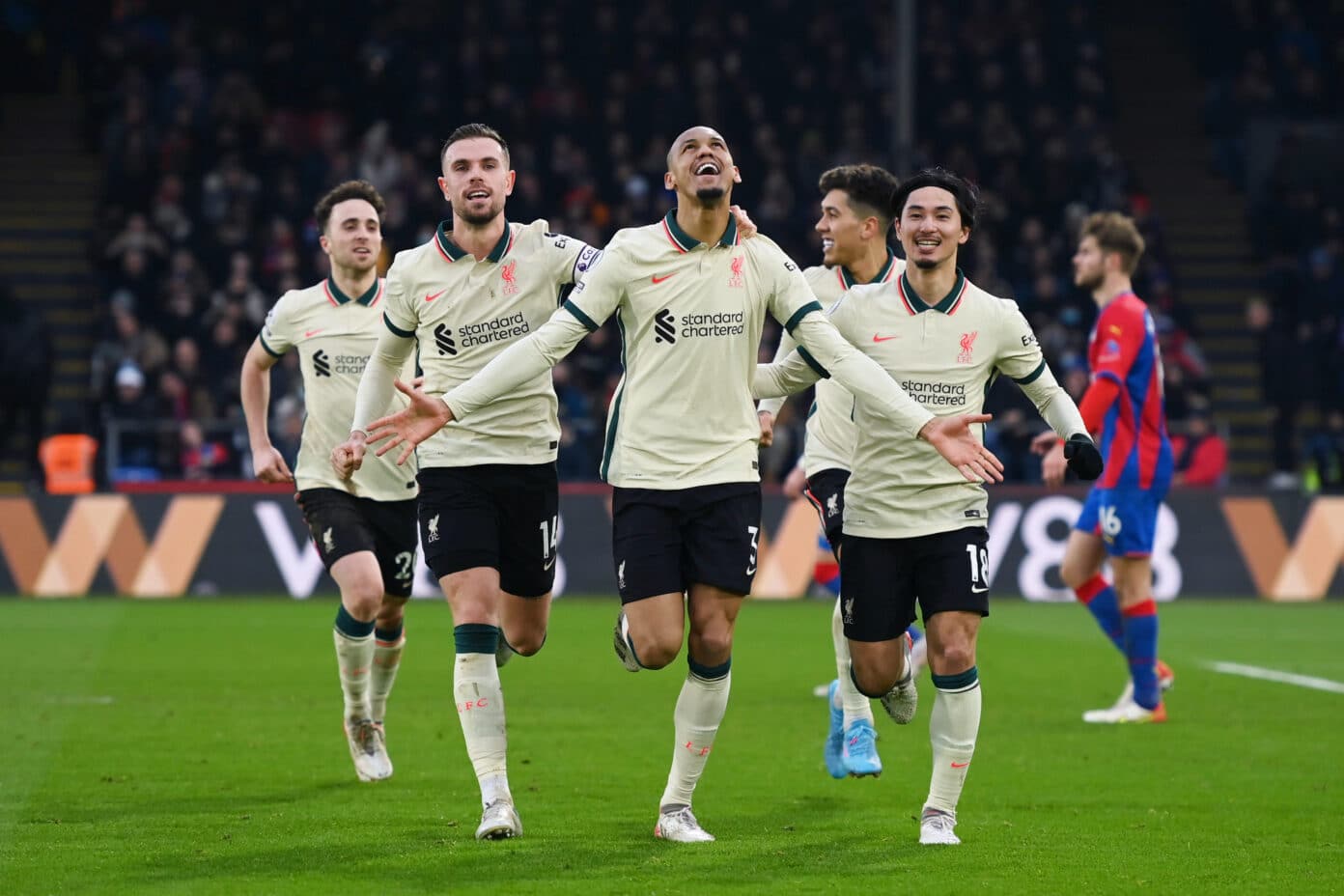 Crystal Palace vs Liverpool highlights: Watch the goals and highlights as the Reds earned a 3-1 win against Patrick Vieira's side in the Premier League.

Liverpool were dominant from the off as they controlled the ball and looked to unlock the Palace defence. Andy Robertson, Diogo Jota and Jordan Henderson all had opportunities, before Virgil van Dijk eventually found the breakthrough inside the opening eight minutes.

Robertson's out-swinging corner from the left was met by the Dutchman, who ran unthwarted towards the near post and slammed a powerful header into the back of the net, leaving goalkeeper Vicente Guaita with no chance.

Jurgen Klopp's side continued to impress and they doubled their advantage after the half-hour mark as an excellent Reds move saw Robertson finding Oxlade-Chamberlain at the far post before the Reds' No.15 chested the ball down and expertly found the back of the net to make it 2-0.

The hosts put Liverpool under the cosh on either side of the break and their attacking endeavours were rewarded less than ten minutes after the interval as Jean-Philippe Mateta beat the offside trap and squared the ball for Odsonne Edouard, who tapped the ball into an empty net to restore hope for Palace.

Liverpool's attack was largely blunted in the second 45, whilst Patrick Vieria's side looked by far the likelier of the two sides to clinch the game's fourth goal, although the Reds managed to hold on and keep them at bay for much of the half.

Klopp's side ultimately sealed the three points in fortunate fashion late on as VAR awarded a penalty for a foul on Jota after a long period of deliberation, with Fabinho slotting the penalty into the back of the net to complete a 3-1 victory.