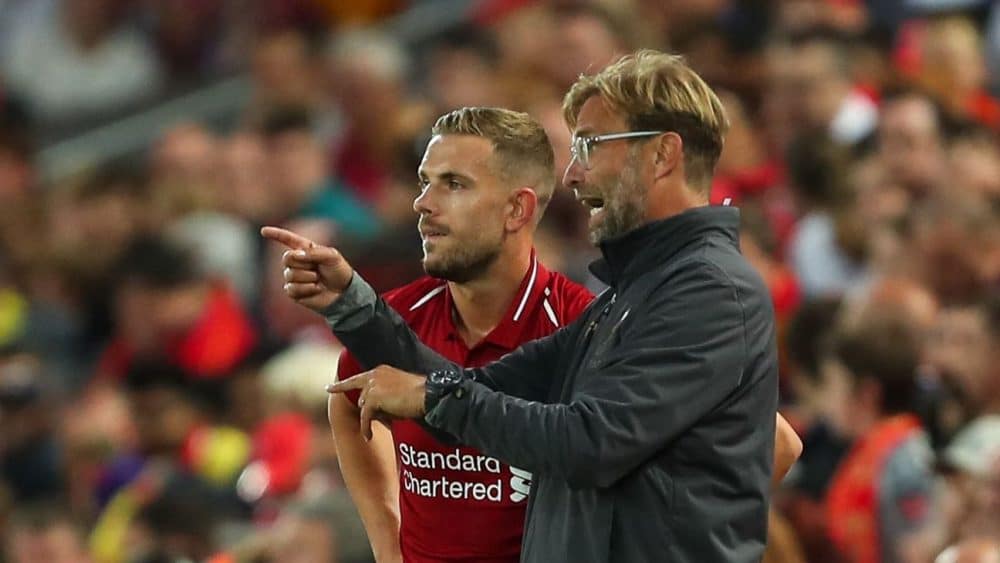 Liverpool take on Wolves at the Molineux Stadium tonight and Jurgen Klopp has made two changes to his Reds side.

The Reds will be looking to continue their momentum with a sixth successive victory in all competitions, their latest coming against Manchester United on Sunday.

The manager makes two changes to his side from that 3-1 win, with Jordan Henderson and James Milner coming in to the side.

They replace Gini Wijnaldum and Nathaniel Clyne in the starting eleven, both who are on the substitutes bench.

Henderson will captain the side on his 300th appearance for Liverpool.