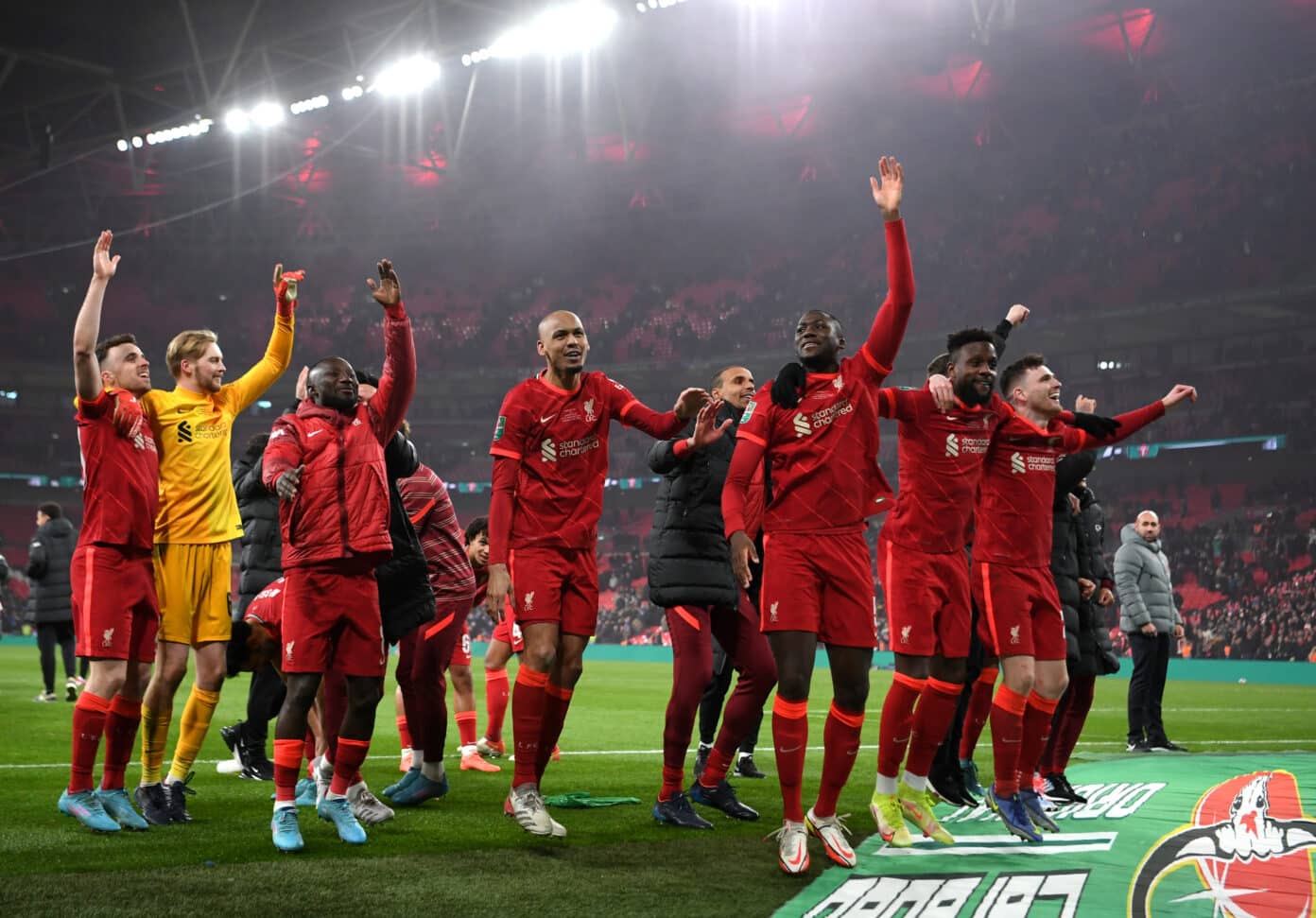 Chelsea vs Liverpool highlights: Watch the highlights and penalties as the Reds beat Chelsea 11-10 on penalties to lift the Carabao Cup at Wembley on Sunday.

Liverpool were thankful for Caoimhin Kelleher's early save after Cesar Azpilicueta's cross looked likely to be turned home by Christian Pulisic from close range, but the Irishman did well to palm the ball to safety.

It took a while for Jurgen Klopp's side to get going, but the trio of Luis Diaz, Sadio Mane and Mohamed Salah began to have a greater effect as the half wore on, with the Reds averaging over 80% possession in spells of sustained pressure.

Their best chance came through Mane, who looked favourite to tuck the ball home after Edouard Mendy had spilled Naby Keita's strike into the path of his fellow countryman, but the Chelsea goalkeeper got up to deny Mane on the follow-up.

Chelsea managed to stem the flow towards the latter stages of the half and could have taken the lead against the run of play through Mason Mount, but the England international failed to hit the target after being found by Kai Havertz's splitting pass.

Thomas Tuchel's side hit the post via Mount early in the second half but Liverpool began to turn the screw at the midway point, with Joel Matip heading home from a well-worked set-piece - only for referee Stuart Attwell to disallow the goal following VAR's recommendation. Virgil van Dijk was adjudged to have been interfering in play from an apparent offside position in the build-up.

Havertz then saw his header rightly chalked off for offside against Timo Werner in the build-up before it was mayhem in Chelsea's box from a Reds corner, with Diaz and Robertson both having attempts saved by Mendy.

It ultimately went to extra-time as both sides looked for the killer breakthrough, with Chelsea having the better of proceedings following the withdrawal of the likes of Diaz and Mane. However - despite two more disallowed goals for Chelsea ruled out for offside - it went all the way to penalties.

21 players scored for both sides in a remarkably tense shootout, with Kelleher converting from the spot in sudden death before substitute Kepa Arrizabalaga was unable to do the same for the Blues, with the cup going the Reds' way.