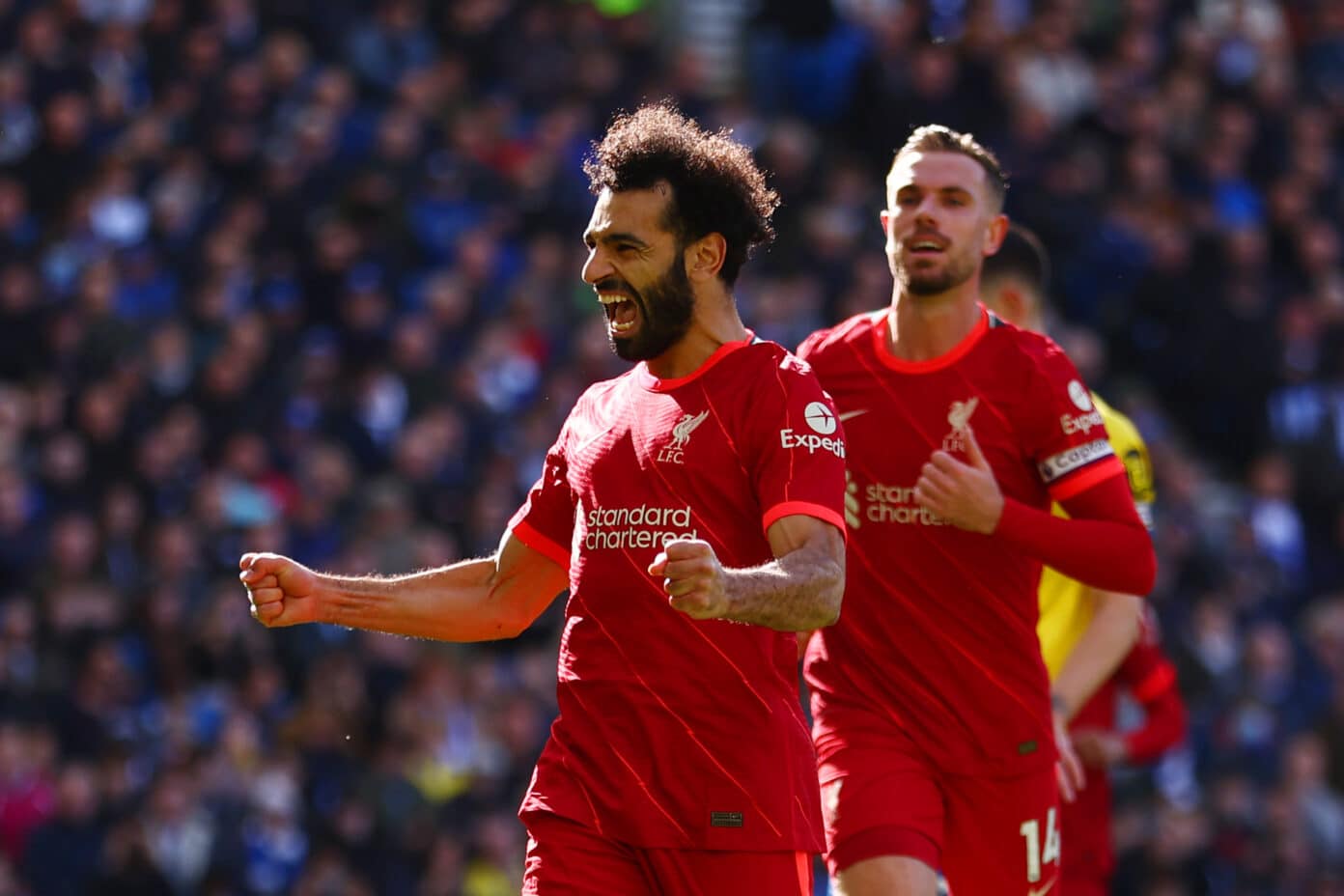 Brighton vs Liverpool highlights: Watch the goals and highlights as the Reds beat Brighton and Hove Albion 2-0 following goals from Luis Diaz and Mohamed Salah.

Liverpool went ahead inside the opening 20 minutes despite a strong start from Graham Potter’s side, with Luis Diaz netting his first Premier League goal for the club since his arrival in January.

The Colombian's run in behind was found by an excellent Joel Matip long ball, with Diaz beating goalkeeper Robert Sanchez to the ball and bravely heading home to make it 1-0 to the Reds. Sanchez was fortunate to remain on the pitch, with Diaz narrowly avoiding injury after the two collided in the process of netting the opener.

Liverpool were relatively comfortable following Diaz's goal as they headed into the break 1-0 up, and they doubled their advantage in the second half through a Mohamed Salah penalty after Naby Keita's strike inside the box was blocked by Yves Bissouma's arm, with the Egyptian bagging his 20th Premier League goal of the season.

Salah was withdrawn minutes later for a suspected ankle injury, which remains a concern ahead of midweek's trip to the Emirates, with Diogo Jota coming on alongside Thiago, who replaced Keita.

There were chances for both sides in the final ten minutes but it eventually finished 2-0 in the Reds' favour, with Klopp's side now just three points adrift of league-leaders Manchester City.