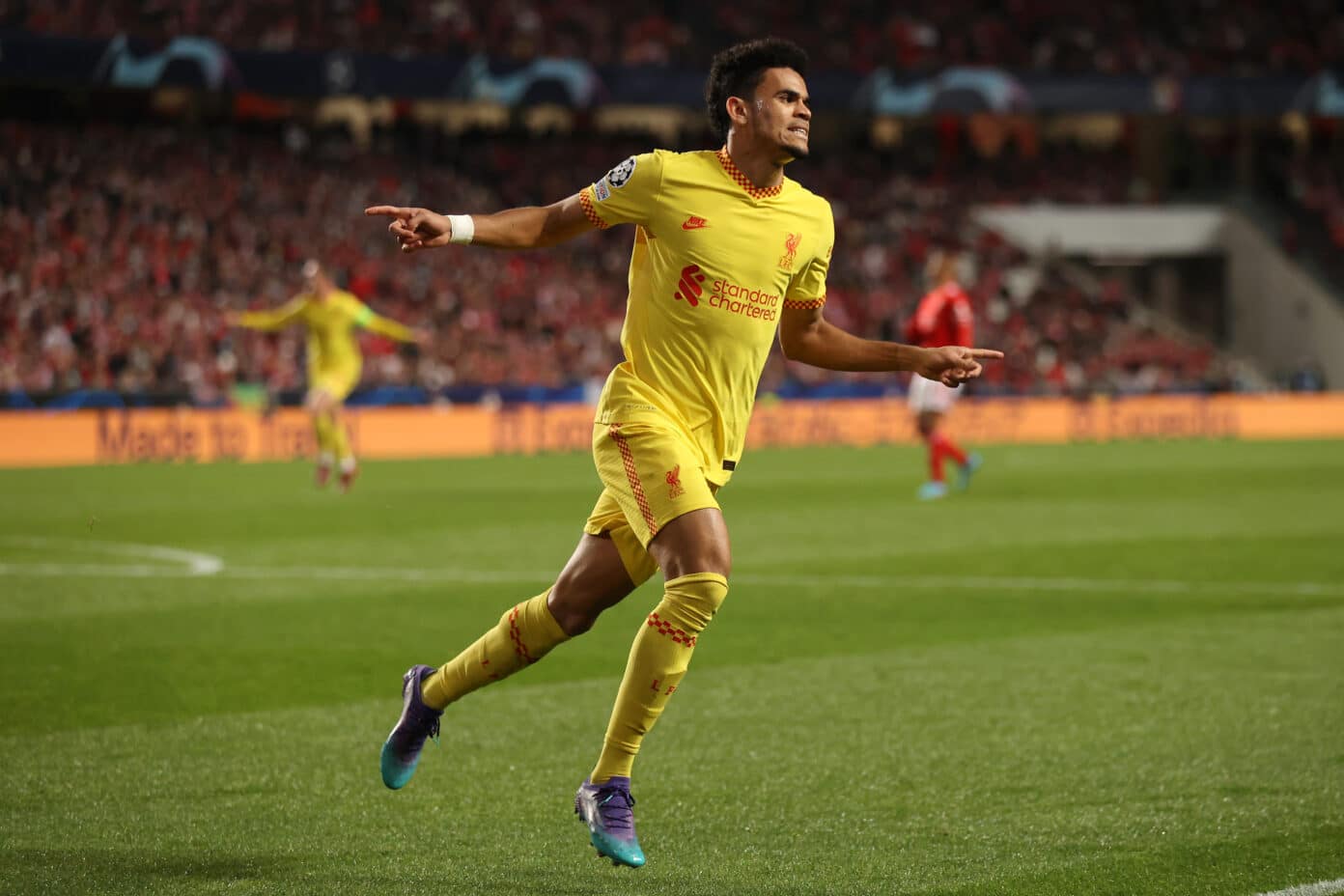 Liverpool earned a hard-fought victory as they beat Benfica 3-1 in the first leg of their Champions League quarter-final tie at the Estadio da Luz on Tuesday night.

The Reds flexed their muscle in the first half and undoubtedly showcased their superiority as goals from Ibrahima Konate and Sadio Mane gave them a comfortable 2-0 lead at the break.

Liverpool were pegged back soon after the interval as a Konate mistake allowed Darwin Nunez the chance to halve the deficit, but despite some nervy moments, the Reds ultimately ran out 3-1 winners thanks to a late strike by Luis Diaz.

The result puts the Reds firmly in the driving seat ahead of next week's second leg at Anfield, with all attention now turning to the huge encounter against Premier League leaders Manchester City at the Etihad this weekend. 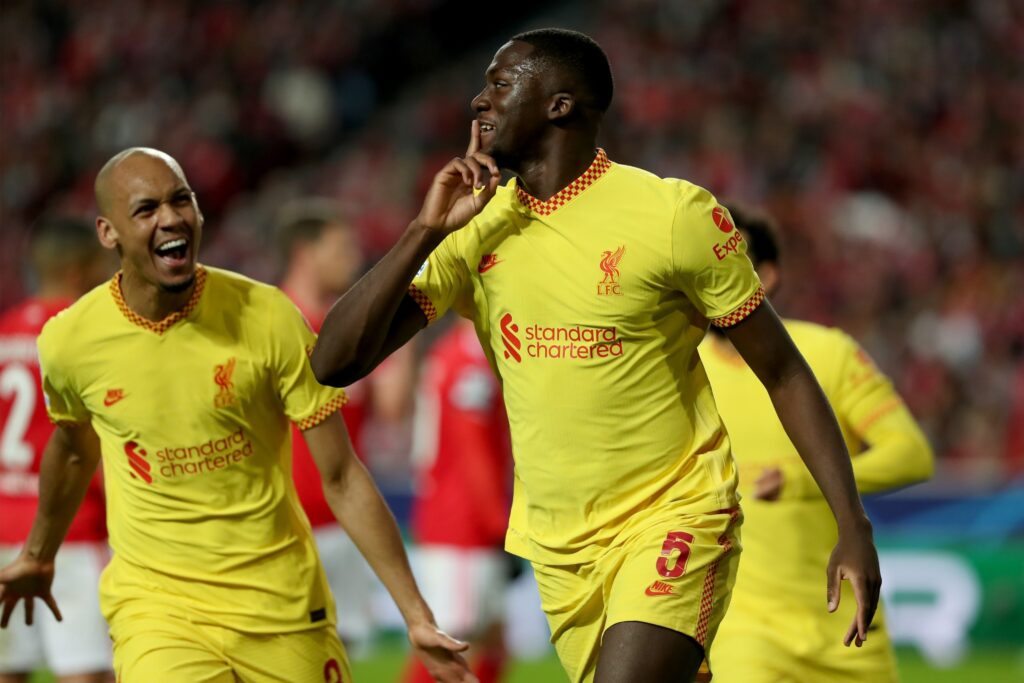 It was an intense start in front of a raucous home crowd as the Reds looked to attack down the left in the opening stages, with the first chance of the evening falling to Keita, who got on the end of Andy Robertson's cross before firing over the crossbar.

An incisive backheel by Mane at the edge of the box saw him combine with Mohamed Salah, who looked to poke the ball home at the near post, only for a combination of defender Nicolas Otamendi and goalkeeper Odysseas Vlachodimos to get in the way and turn the ball behind.

Keita tested the goalkeeper with a left-footed half volley that was ultimately too central after being set up by Salah, with Benfica quickly breaking soon after before the Reds managed to thwart their attacking endeavours.

The Reds broke the deadlock inside the opening 20 minutes as Robertson's out-swinging corner was met by Konate, who rose highest and headed the ball down and into the back of the net to score his first goal in a Liverpool shirt and make it 1-0. 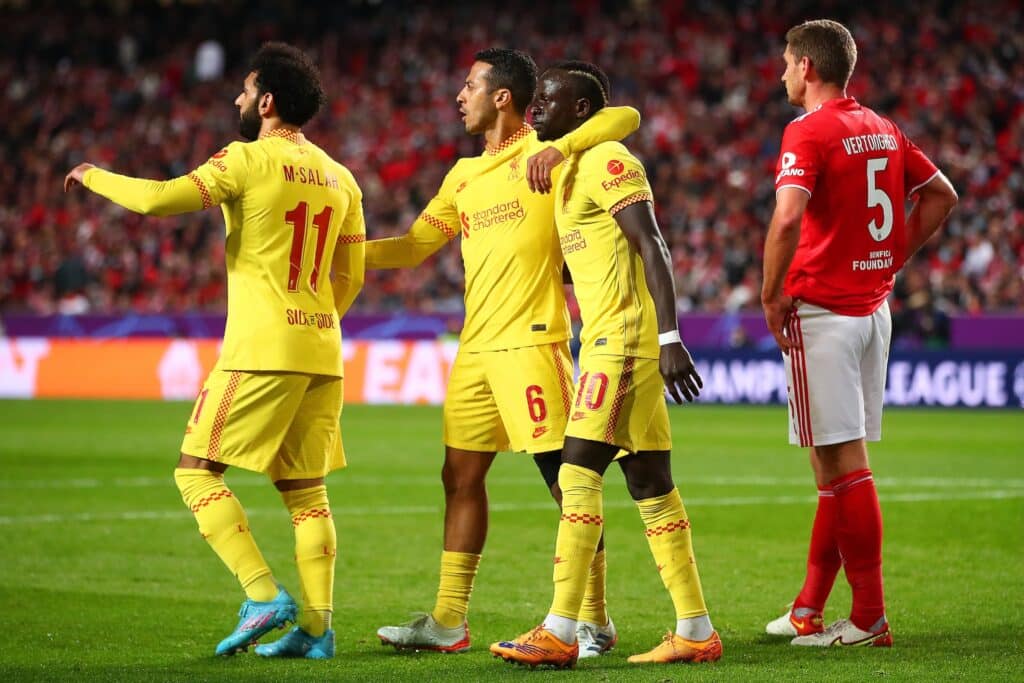 Crisp passing in midfield saw Thiago find Keita, who drove forward and slipped in Diaz behind the hosts' defence with an excellent pass, but the Reds forward was unable to guide the ball over Vlachodimos.

The Reds soon doubled their advantage in excellent fashion as Alexander-Arnold's lofted ball was met by Diaz's run on the left, with the Colombian heading it across goal for Mane, who made no mistake as he nodded the ball home.

It could have been three just before the half-time break as another excellent Alexander-Arnold ball was run onto by Salah, who looked favourite to poke the ball home, only for Vlachodimos to deny the Egyptian once again.

Benfica were given a lifeline at the start of the second half as a mistake by Konate allowed Darwin Nunez the chance to collect the ball and fire home from close range to make it 2-1.

The goal sparked the Portuguese side into action as they began to threaten an equaliser, with Alisson making a crucial save from Everton's low drive before the ball was eventually cleared away to safety. 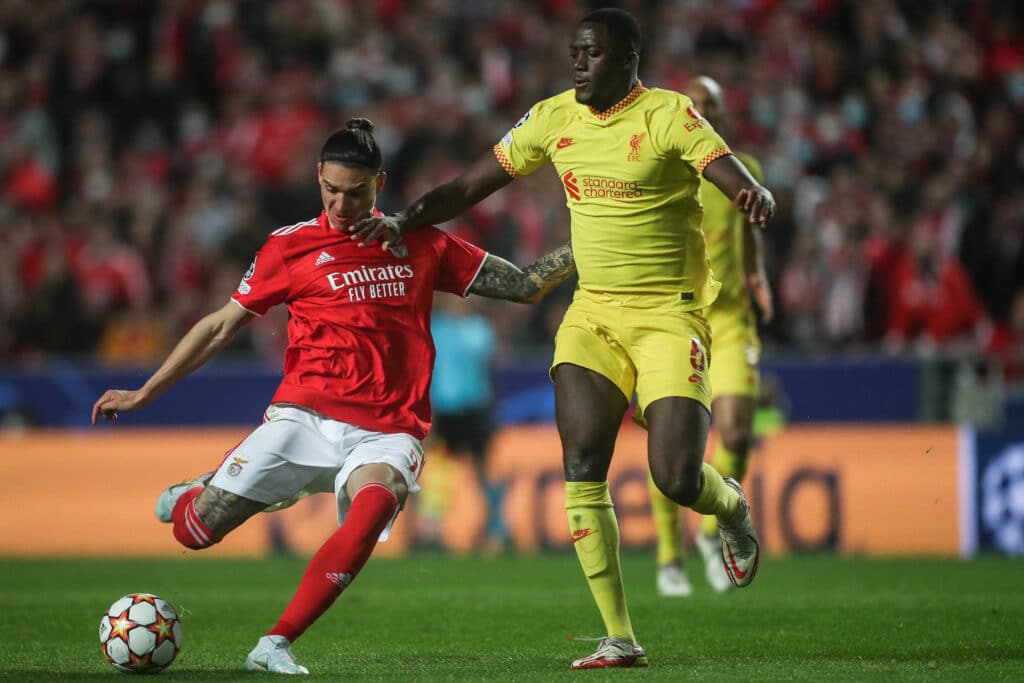 With the tide turning in the hosts' favour and one eye on this weekend's clash at the Etihad, Klopp opted for fresh legs with Keita, Thiago and Mane withdrawn in place of skipper Jordan Henderson, Roberto Firmino and Diogo Jota.

The triple change helped Liverpool get on the ball but they lacked an edge in attack, with moments of sloppiness thwarting them from building up any momentum or creating any clear-cut opportunities.

Henderson chose the wrong option when he opted to stand a cross up for Diaz at the far post instead of Firmino, who had made an excellent run at the near post, with Diaz ultimately failing to force his strike home through a crowd.

But Diaz got himself on the scoresheet in the latter stages to score his first Champions League goal in a Reds shirt, with Keita's deflected pass making its way through to the Reds forward, who rounded the goalkeeper and stroked the ball home to make it 3-1.

Joe Gomez and James Milner came on in the final seconds, which also provided cause for concern in the way of Fabinho, who suffered a clash of heads before receiving extended treatment on the pitch. But there was seemingly no harm done as the game finished with the Reds fully in control of the tie before next week's second leg.