Atmosphere builds around Anfield ahead of LFC v Roma (Videos) 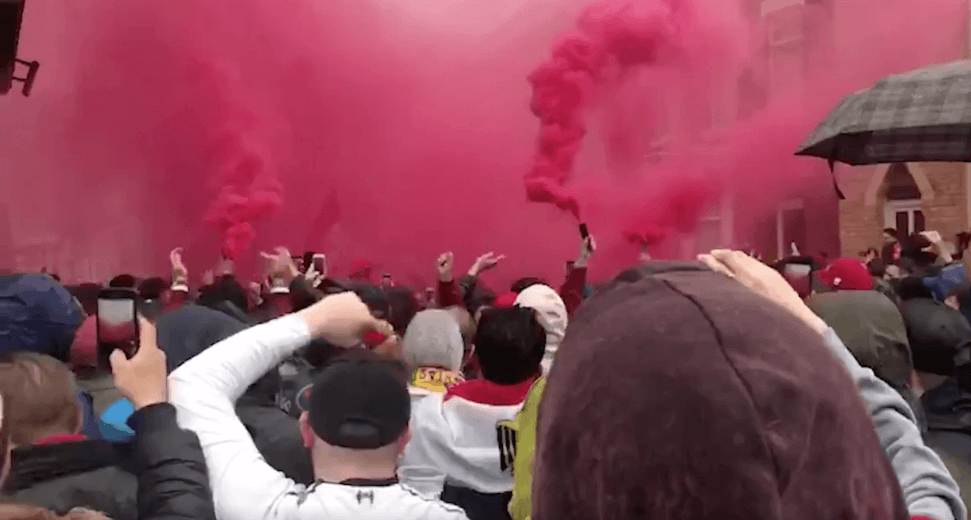 Liverpool vs Roma kicks off at 7.45pm, yet Liverpool fans were already around Anfield up to three hours ahead to soak up the atmosphere ahead of their first leg Champions League semi-final tie.

Liverpool supporters will be welcoming both team coaches as it heads into Anfield for tonight's European semi-finals, as is tradition around these parts nowadays.

The Reds' support during the previous round against Manchester City was incredible, despite being marred by a fraction of supporters - resulting in a UEFA charge.

However, the mood that night was, as much as it will be today will be, largely jovial. It's been 10 years since Liverpool were last in this end of the competition.

Supporters have already taken to the streets surrounding Anfield to begin their celebrations.

The atmosphere's building in Liverpool ahead of tonight's Champions League semi-final 📈 pic.twitter.com/CxOuISTUwy

It doesn’t look like the rain is going to put a dampener on tonight’s atmosphere. #LFC pic.twitter.com/I50oUR1mJb

Thousands of fans gathering close to The Arkles. #LFC pic.twitter.com/fbhol8eoBW

In his pre-match press conference, Klopp told reporters: "In the stadium do it again and better. Outside the stadium, please show the respect we have to show.

"We can show how wonderful Liverpool people are and we can show it in 20 minutes before the game and then the whole world knows it."