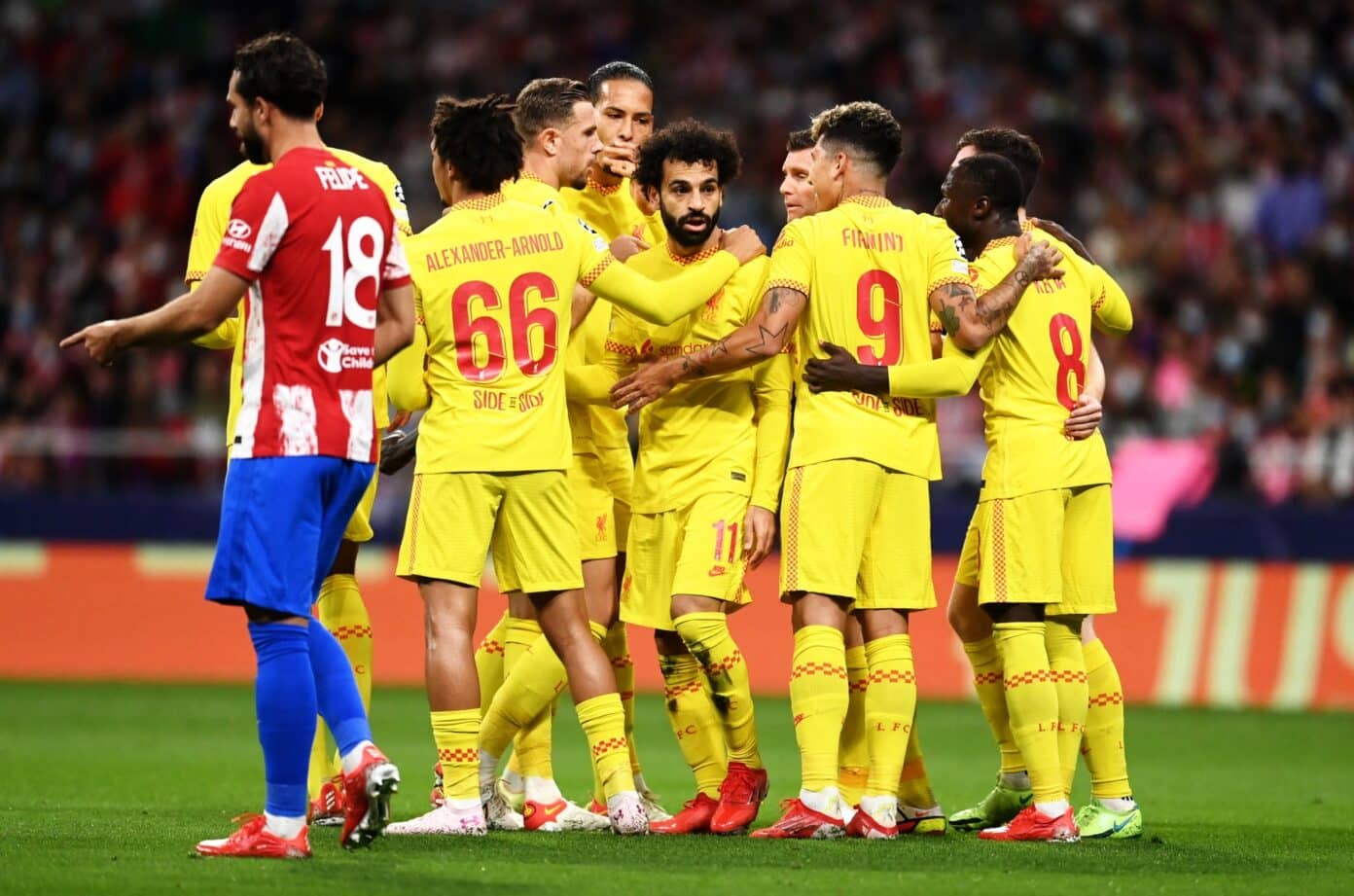 Liverpool beat Atletico Madrid 3-2 at the Wanda Metropolitano to go five points clear at the top of their Champions League group on Tuesday night.

Liverpool were fortunate to be level at the break despite a strong start that saw them go 2-0 up through goals from Mohamed Salah and Naby Keita, with Antoine Griezmann bagging a brace to bring the hosts level before Alisson was called into action with two crucial saves.

Griezmann saw red for a high boot on Roberto Firmino at the start of the second half before Mohamed Salah put the Reds ahead from the spot with a cool finish with a little over ten minutes left on the clock.

Atletico saw a penalty overturned after substitute Diogo Jota's supposed infringement inside the box, with the Reds eventually seeing out the game to take a five-point lead at the top of Group B. 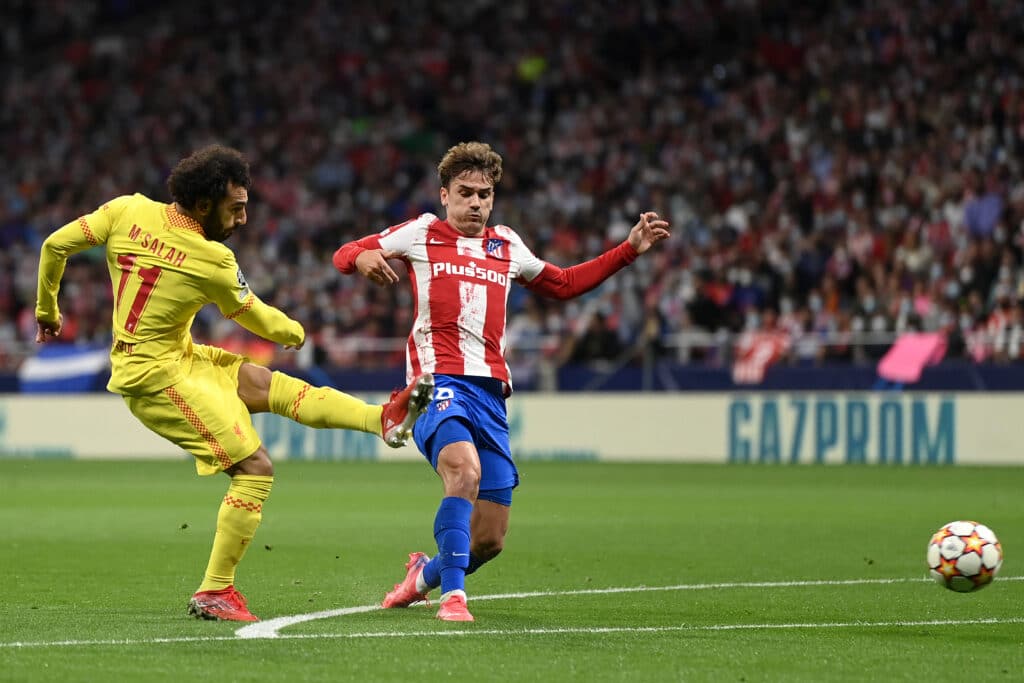 Alisson returned to the Liverpool starting eleven as the sole change from the weekend's win over Watford, with fellow Brazilian Fabinho named on the substitutes bench.

Liverpool looked to get on the ball and quieten the home crowd as they kept possession and probed an expectedly rigid and organised Atletico defence that were happy to drop deep into their shape.

They made a dream start with a goal just after seven minutes on the clock, with the in-form Mohamed Salah picking the ball up on the right and cutting inside before unleashing a low shot that was turned into the back of the net by a combination of Geoffrey Kondogbia and James Milner.

It didn't take long for the Reds to double their advantage as Naby Keita found the back of the net after the ball dropped to him at the edge of the box, with the Guinean's first-time volley smashing its way past Jan Oblak to make it 2-0 inside the opening fifteen minutes.

Atletico pulled one back just before the 20-minute mark as Koke's shot from the edge of the box was diverted into the back of the net by a deft Antoine Griezmann deft from a little over three yards out to make it 2-1. 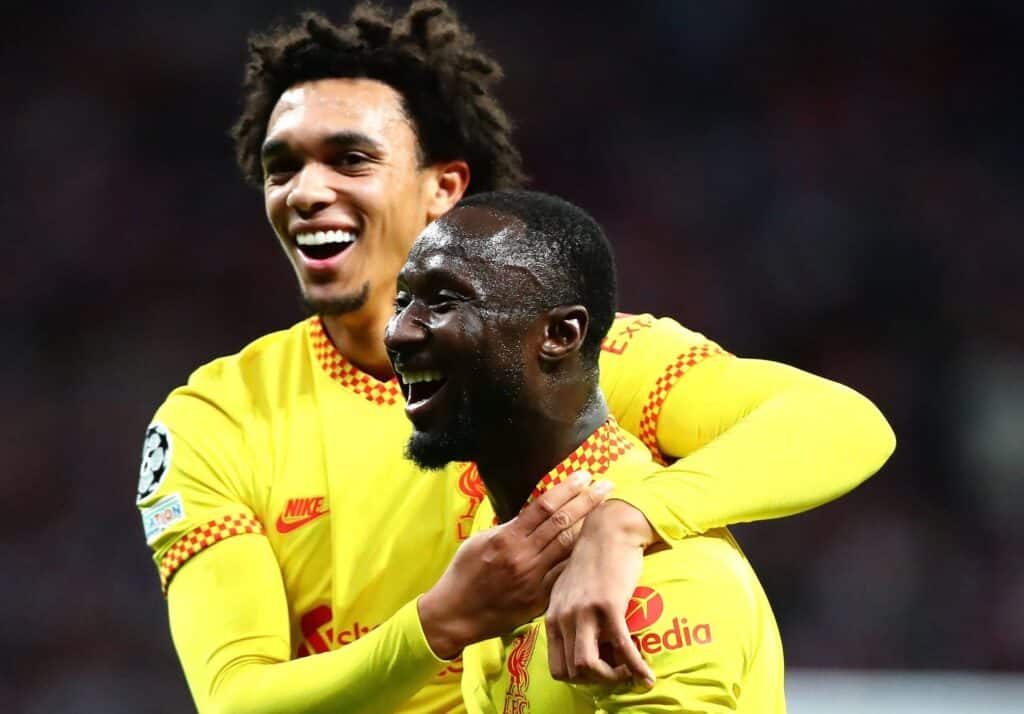 There was a marked difference in mood inside the stadium following the Griezmann's goal and the Frenchman nearly dragged Diego Simeone's side level just a few minutes later as he beat the offside trap and looked favourite to lob the ball over Alisson, only for the Brazilian to make an important save to preserve Liverpool's advantage.

But the Reds were pegged back just after the half-hour mark as Griezmann made no mistake this time around, with Joao Felix manoeuvring past Keita and finding the former Barcelona forward's run, with Griezmann tucking the ball past Alisson and into the back of the net.

Liverpool looked open in the latter stages of the first half and caused the Reds plenty of trouble, with Alisson having to make another two crucial saves to deny Felix and Thomas Lemar from giving Atletico the lead at half-time.

Fabinho replaced Keita at the break as Reds boss Jurgen Klopp looked to plug the gaps in midfield, with Kongdobia also making way for Jose Gimenez for the home side.

Trent Alexander-Arnold's corner at the start of the second half was nearly headed home by Sadio Mane, but for a save by Oblak, before Alisson denied Yannick Carrasco at the other end after the Belgian had found his way into the box. 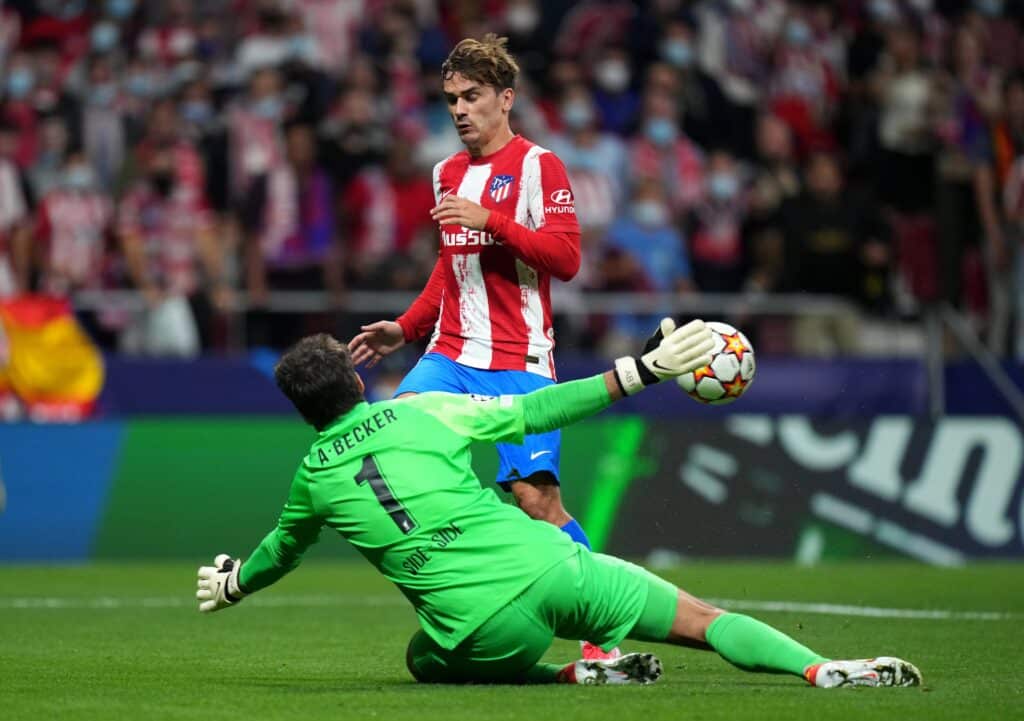 But the tide of the game looked likely to turn as Griezmann was sent off for serious foul play after making contact with Firmino with a high boot, with the hosts having to play out the remaining 35 minutes or so with ten men.

With an hour played on the clock, the yellow-carded Milner and Mane made way for Alex Oxlade-Chamberlain and Diogo Jota as Klopp looked to make the most of their man advantage.

Some sharp link-up play between Salah and Oxlade-Chamberlain saw the latter create space at the edge of the box and unleash a powerful strike at goal, but the ball went straight into the arms of Oblak.

Liverpool began to exert pressure which ultimately resulted in an unenforced error by Mario Hermoso, who brought down Jota inside the box to give away a stonewall penalty which was coolly converted by Salah, who slotted the ball into the opposite side of Oblak's dive to give the Reds a 3-2 lead with a little over ten minutes left.

Atletico were nearly given a glorious chance to equalise only a few minutes later as Jota brought down Gimenez inside the box to give away a spot-kick for the hosts, but the referee overturned his original decision after looking at the VAR monitor as the Reds breathed a sigh of relief.

Despite pressure from the hosts in the latter stages, Liverpool eventually saw out the game as they earned a significant win in Group B to extend their lead at the top of the group to five points.

All focus now turns to this weekend's clash against Manchester United at Old Trafford as the Reds look to continue their momentum at the start of this season.