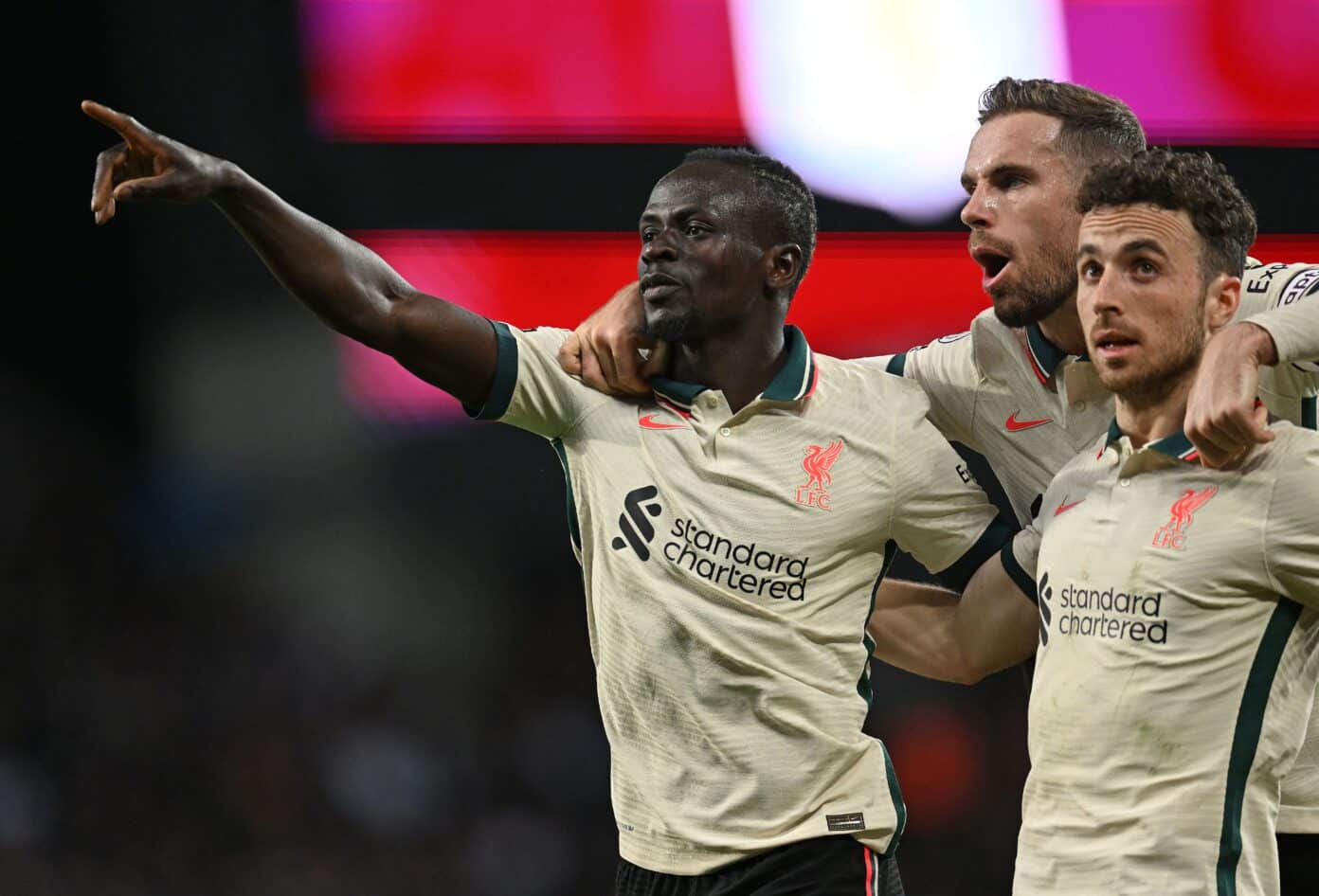 Liverpool came from behind to beat Aston Villa 2-1 and keep their title hopes alive thanks to goals from Joel Matip and Sadio Mane at Villa Park on Tuesday evening.

It was a hotly-contested first 45 minutes, with Douglas Luiz's opener inside the first three minutes immediately cancelled out by Joel Matip, before both sides spurned chances ahead of the break.

The Reds side took the lead midway through the second half through Sadio Mane, who connected with Luis Diaz's cross before skillfully diverting the ball past goalkeeper Emiliano Martinez.

Jurgen Klopp's side had chances to add to their lead but it ultimately finished 2-1, with the onus back on title rivals Manchester City, who sit at the top of the Premier League table only on goal difference and face a trip to Wolves on Wednesday night. 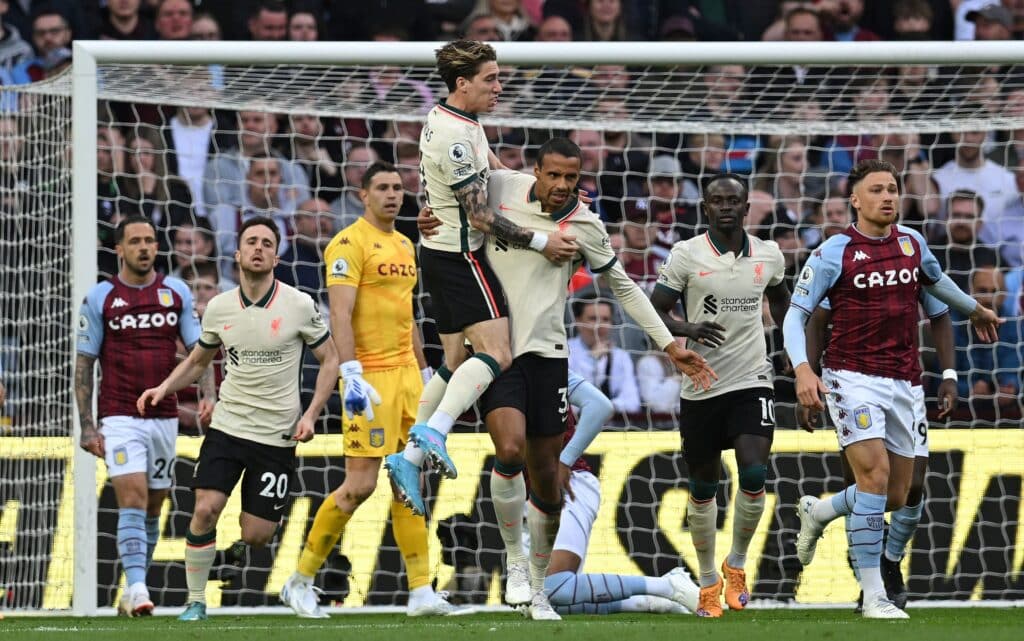 The Reds boss made five changes from the weekend as Mohamed Salah started from the bench, with the likes of Joel Matip, Kostas Tsimikas, Curtis Jones, Naby Keita and Diogo Jota coming into the starting eleven.

Liverpool got off to the worst possible start as they struggled to clear the danger following Alisson's smart save from Ollie Watkins' strike. Lucas Digne's cross was met by Douglas Luiz before Alisson made an unconvincing save, with Luiz following up on the rebound to give the hosts the lead.

But the Reds were back on level terms just minutes later following a set-piece that the hosts failed to clear, with Virgil van Dijk forcing a close-range save from Emiliano Martinez, only for the ball to land perfectly into the path of fellow centre-back Matip who tucked home with ease to make it 1-1.

The game started to settle down following the frantic start as the visitors enjoyed the greater share of possession, but Villa remained a threat on the counter with Watkins and Luiz causing the Reds backline plenty of problems.

A superb cross by Tsimikas from the left saw Sadio Mane rise above Tyrone Mings before heading the ball towards the far post, but his effort crept just wide of the woodwork in a let-off for the hosts. 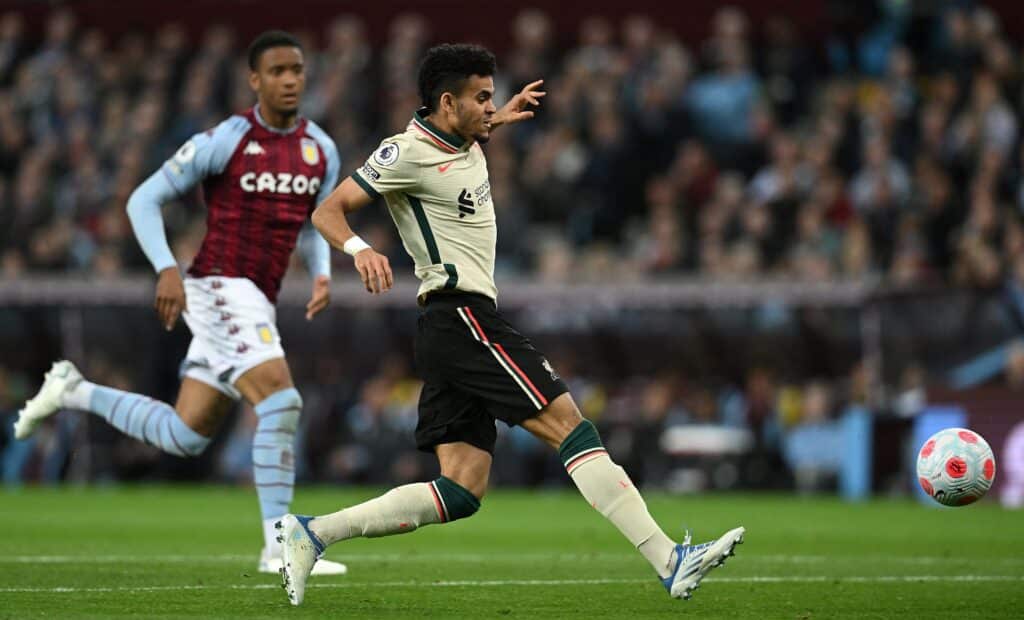 Alisson appeared somewhat rattled in the Liverpool goal following his spill for the opener and he got away with one after he placed his pass directly at the feet of Watkins, with the Brazilian having to scamper and clear away after the ball bounced back towards his direction.

Former Reds striker Danny Ings could have given Villa the lead following a deep set-piece from the left after he had beaten the crowd to the ball, but his header sailed over the crossbar much to the relief of Alisson, who was caught in no man's land.

Fabinho was somewhat shaky in the middle of the park and he was forced off with a hamstring injury after a coming together that saw him lose the ball, with skipper Jordan Henderson coming on from the bench.

Mane had a goal disallowed for offside in the build-up before one of the Reds' best opportunities of the first half fell to an unmarked Keita following Trent Alexander-Arnold's cross, but the Guinean mistimed his kick as a glorious chance to take the lead went abegging.

A long-range Alexander-Arnold free-kick went inches wide of the post at the start of the second 45 before the full-back went direct in search of Diaz, who had made a clever run through the middle, but the Colombian was pipped to the ball by Martinez. 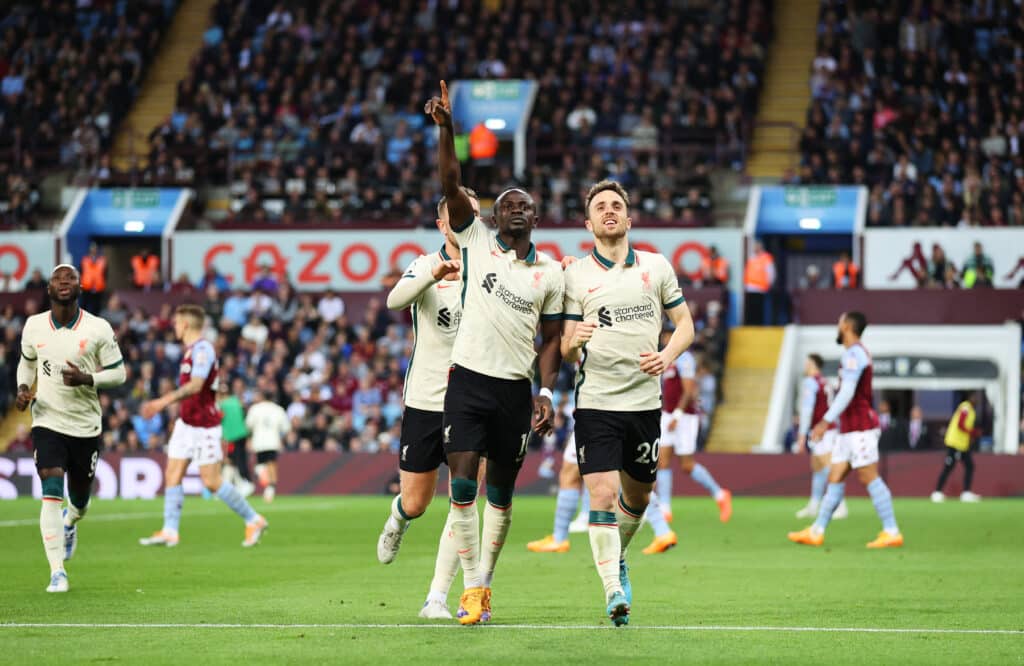 Tsimikas made a crucial intervention to deny Watkins after the striker had gotten in behind the defence before Alexander-Arnold had an attempt at goal from another free-kick, only for the ball to flash past the opposite post to his first strike earlier in the half.

Jones made way for Thiago with a little under 30 minutes left on the clock, with Klopp opting to resist the option of bringing on Salah, despite the Reds in dire need of a winner.

The front three linked up brilliantly to put Liverpool ahead for the first time on the night as Jota's lofted pass to Diaz saw the Reds forward drive into the box and pick out Mane, who expertly directed his header into the bottom corner to make it 2-1.

Ings forced Alisson into a crucial save to keep Liverpool's lead intact before Klopp looked towards his bench once more. Diaz made way for Salah, who nearly had an immediate impact but was thwarted by Martinez after getting in behind.

It looked ominous for the hosts as Liverpool mounted the pressure in the latter stages, although Ings remained a constant thorn for the Reds' back-line, with the Villa forward finishing past Alisson with an excellent strike, only to be rightly adjudged to have been offside.

Despite Villa being encouraged to get forward in the final minutes, the Reds held on to secure a 2-1 victory and go level on points with league-leaders Manchester City, who lead the way solely on goal difference ahead of their trip to the Molineux on Wednesday night.