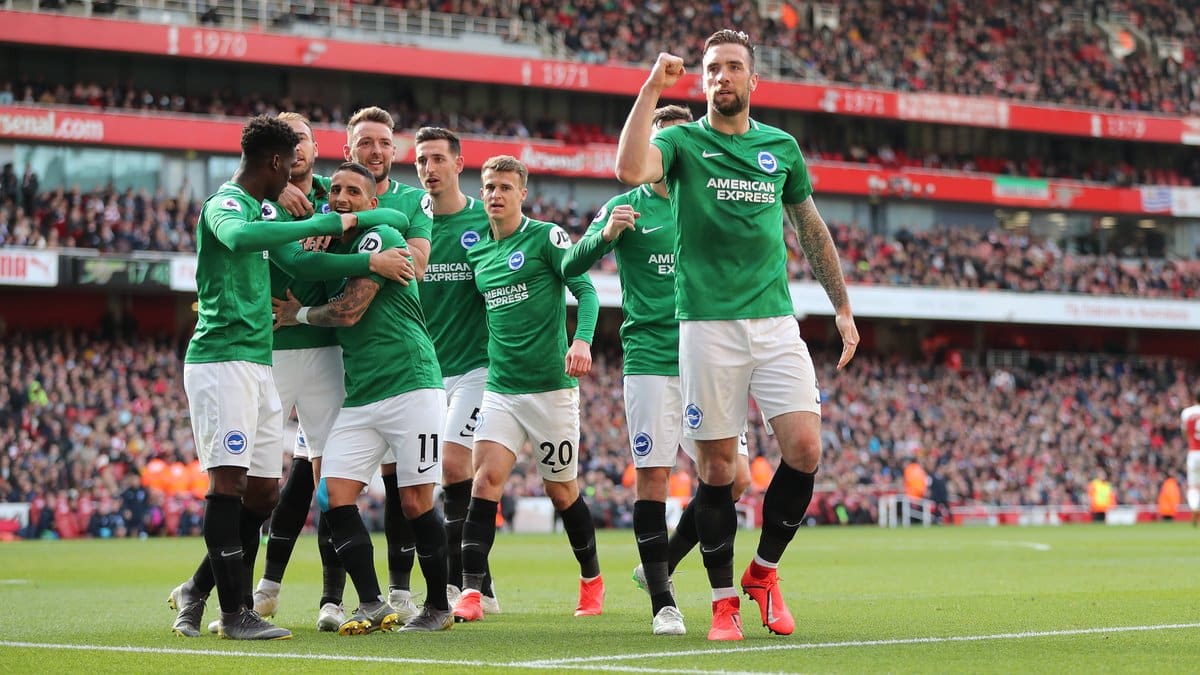 Arsenal vs Brighton highlights - Arsenal were held to a 1-1 draw against Brighton at the Emirates, a huge blow to their top-four aspirations.

Unai Emery's side took the lead in the opening ten minutes after referee Anthony Taylor awarded a penalty for a challenge on Nacho Monreal, which was converted by Pierre-Emerick Aubameyang.

Arsenal dominated much of the proceedings, however Brighton looked threatening themselves and were rewarded just after the hour mark as Granit Xhaka tugged at Solly March's shirt inside the Arsenal box.

Referee Taylor awarded the second penalty of the game to the visitors with striker Glenn Murray reliably slotting home to equalise in front of a stunned Emirates. 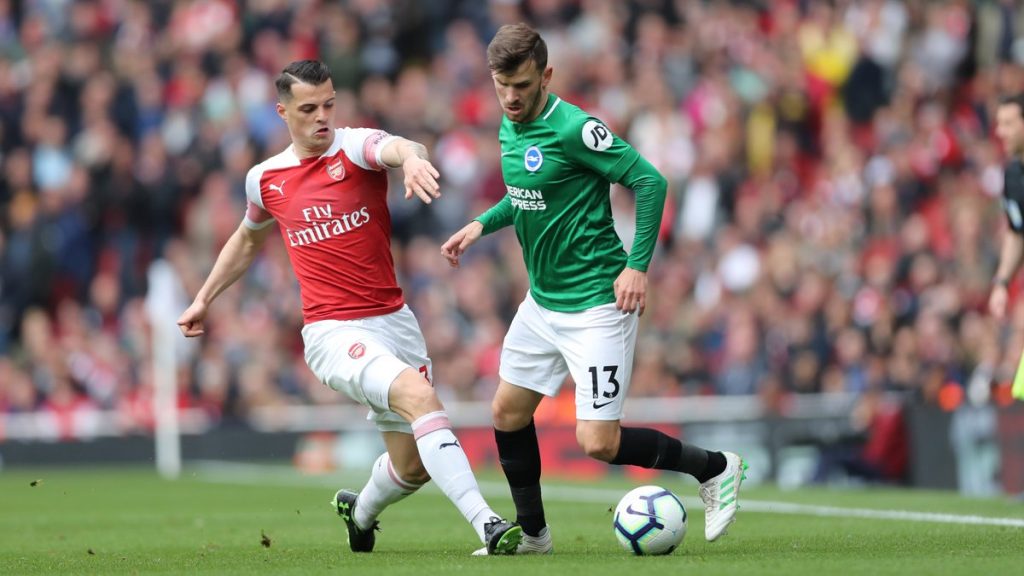 The result means Arsenal are virtually out of the Champions League next season, with Tottenham sitting three points above them and with an eight-goal superior goal difference in fourth place, with just one game to go.

Arsenal travel to Burnley on the last day of the season, whilst Tottenham are in action against Everton at home.

Meanwhile, Brighton face Manchester City and should they perform and dig in with the same intensity, they stand an outside chance of doing Liverpool a huge favour in the title race.