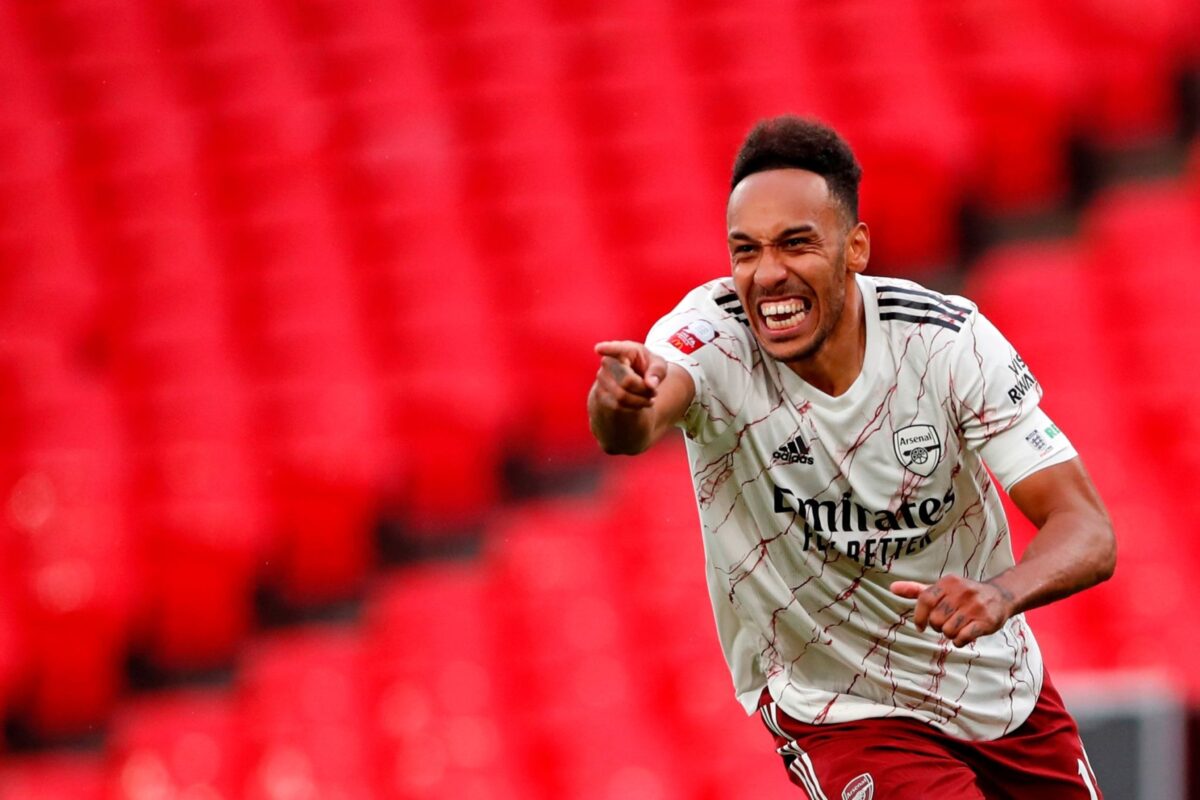 Liverpool failed to win the Community Shield for the second consecutive year as Arsenal ran out 5-4 winners on penalties.

Pierre-Emerick Aubameyang put the Gunners ahead inside the opening fifteen minutes before substitute Takumi Minamino levelled the scores in the second half to force the game to penalties.

Substitute Rhian Brewster, who came on to take a penalty, missed his spot-kick as Arsenal won 5-4 - a repeat scoreline for Jurgen Klopp's side from their penalties defeat to Manchester City last year. 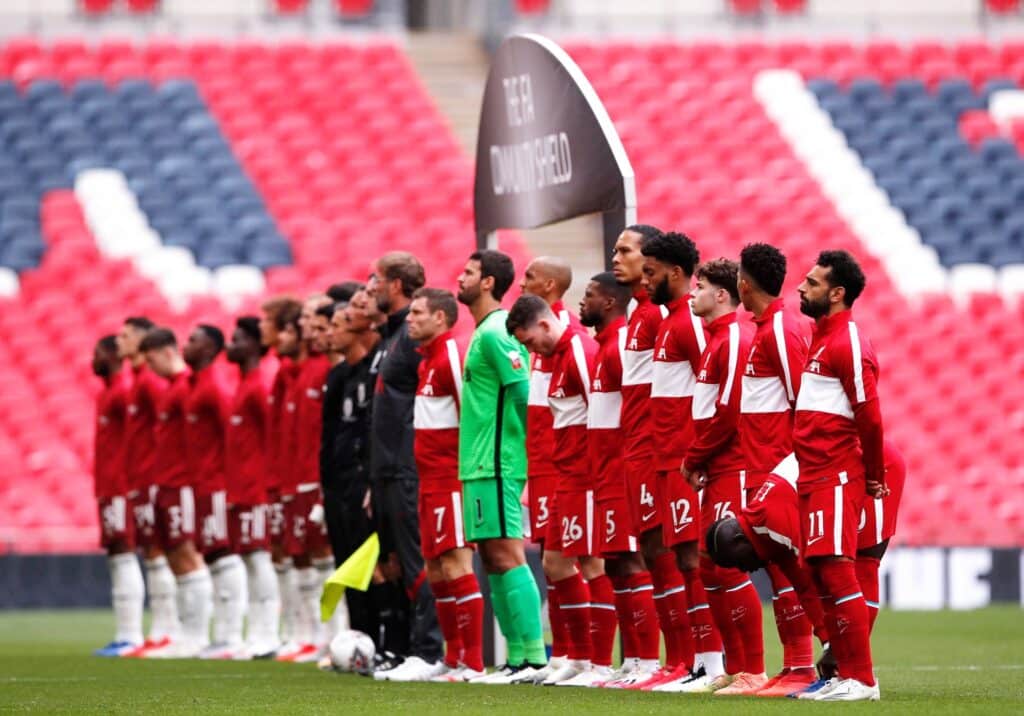 The Reds made a commanding start to the game and looked to have taken the lead from a set-piece through Virgil van Dijk, but the Dutchman was adjudged offside, with the goal immediately chalked off by the linesman.

Despite Liverpool having much of the ball, a well-worked move by Arsenal saw Pierre-Emerick Aubameyang with acres of space on the left, with the Gabon international putting the Gunners ahead with an excellent curling finish from the edge of the box.

Liverpool continued to dominate possession, but Mikel Arteta's side made it difficult for them to create any chances of note. Instead, the Gunners looked likelier of the two sides to grab another goal with a couple of dangerous counter-attacks almost coming to fruition.

The Champions began to quicken up their play as the half wore on, with Sadio Mane and Andy Robertson in particular threatening down Arsenal’s right and looking to find Roberto Firmino and Mohamed Salah inside the box.

It was more of the same from the Reds at the start of the second half, although they significantly upped their tempo in search of an equaliser. Firmino came inches away from making it 1-1 but he couldn’t get his effort to curl inside the far post. 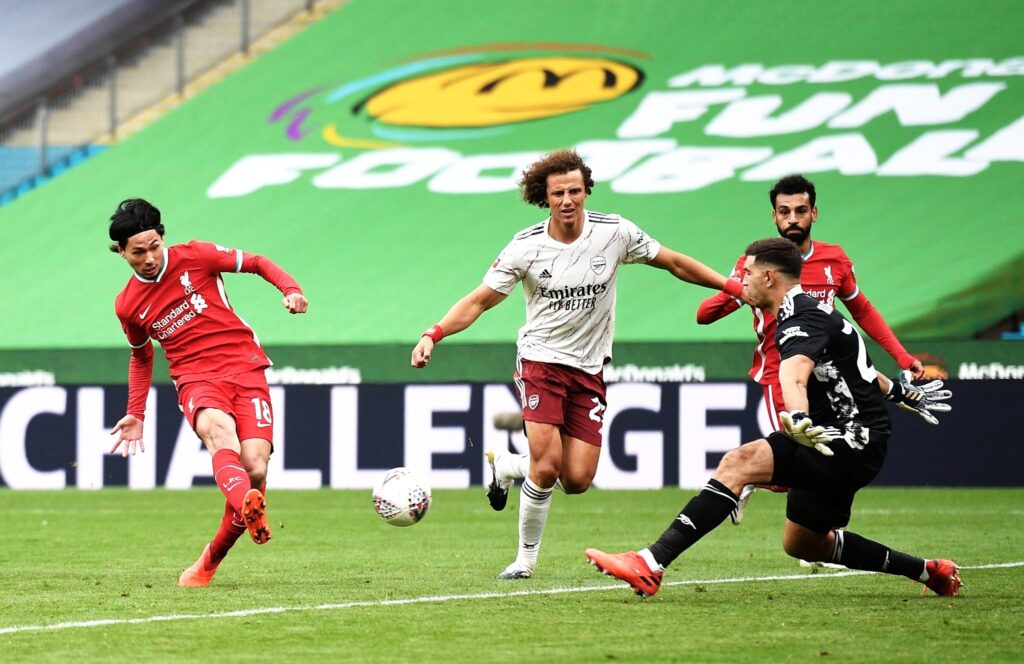 A superb ball over the top from Robertson saw Mane run through on goal, but the Senegal international’s low effort was expertly saved by goalkeeper Emiliano Martinez.

With a little over half an hour left, Naby Keita and Takumi Minamino were introduced in place of Neco Williams and James Milner, with the duo slotting into midfield and Fabinho going into defence.

And it was Minamino who made the difference as he grabbed Liverpool’s equaliser from close-range, scoring his first goal in a Reds shirt since his arrival at the club over eight months ago.

Despite the Reds threatening to add another, the game went all the way to penalties. Salah, Fabinho, Minamino and Jones all stepped up to convert the Reds' first two spot-kicks, but substitute Rhian Brewster could only hit the bar as Arsenal ran out 5-4 winners on penalties.

Liverpool’s stars will now jet away on an international break ahead of the start of the new season, which gets underway on 12 September with the Reds taking on Leeds United at Anfield.

Video by beIN. Geo-restrictions may apply.

Disclaimer: Arsenal vs Liverpool highlights, goals and full match videos are provided and hosted by external sources. We help you discover publicly available material and act as a search engine. We do not host or upload this material and are not responsible for the content.