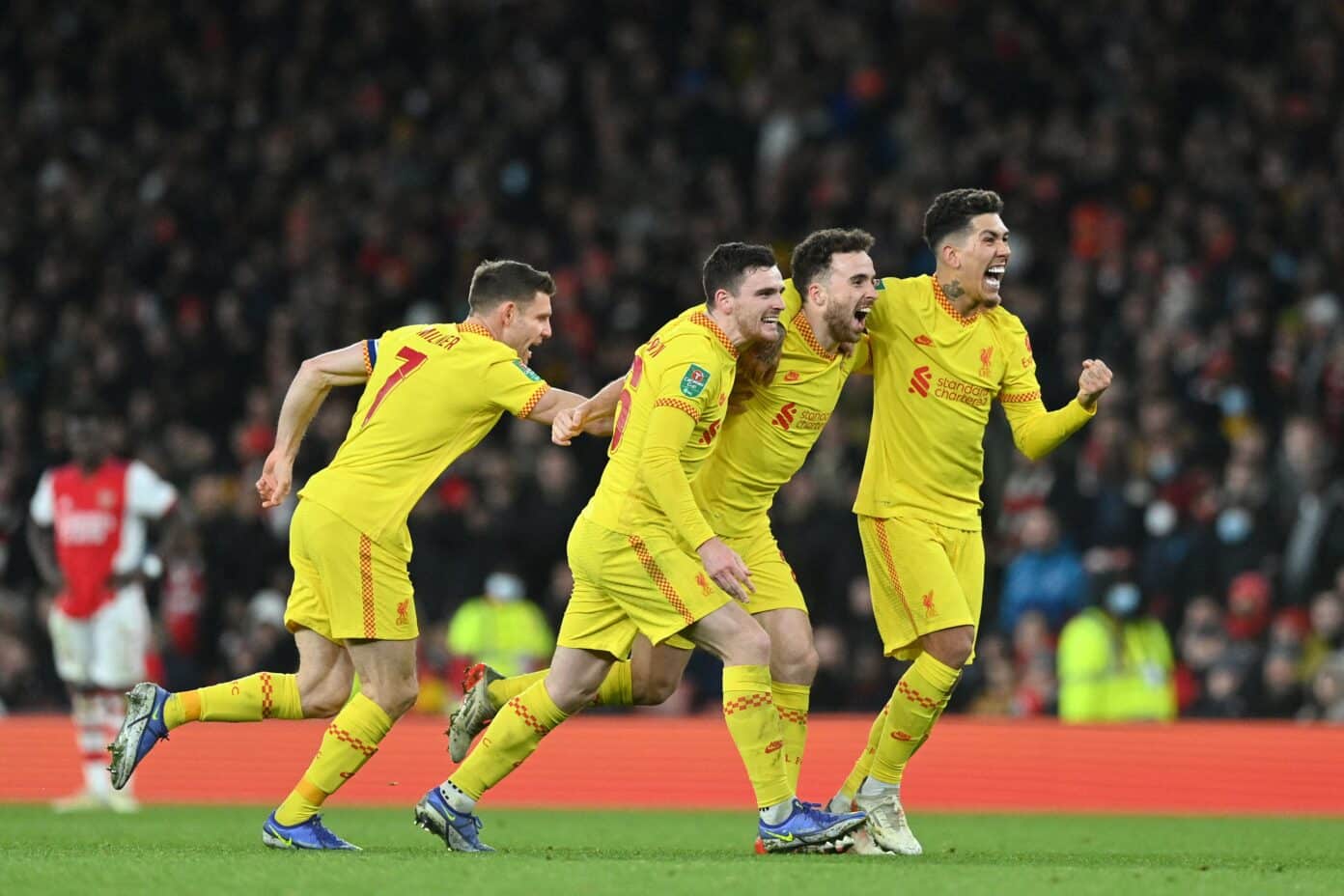 Arsenal vs Liverpool highlights: Watch the goals and highlights as Diogo Jota scored twice to send the Reds into the Carabao Cup final.

Despite the hosts enjoying the more positive start that saw Alexandre Lacazette hit the woodwork, it was Liverpool that took grasp of the tie just before the 20-minute mark following an excellent run and finish by Diogo Jota, who netted his 13th goal in all competitions.

The Reds did well to thwart any ideas the hosts may have had of finding an immediate response as they kept the crowd largely quiet and forced Arsenal into sterile possession for much of the half.

Joel Matip made way for Ibrahima Konate at the break, with Liverpool starting the second half brightly and nearly doubling their lead through chances for Kaide Gordon and Konate, with the latter hitting the woodwork after connecting with a Trent Alexander-Arnold corner.

Liverpool finally struck towards the latter stages to assert their dominance and wrap up the tie as Alexander-Arnold's lofted pass was brought down by Jota before the Portuguese forward dinked the ball over the onrushing Aaron Ramsdale.

The linesman flagged Jota for offside but VAR intervened to correctly allow the goal, with replays showing he had timed his run to perfection, with Arsenal defender Gabriel playing him onside.

Thomas Partey was sent off late on after receiving two yellows as it ultimately finished 2-0 to the Reds, who cruised to victory and booked their place in the Carabao Cup final against Chelsea at Wembley on 27 February.