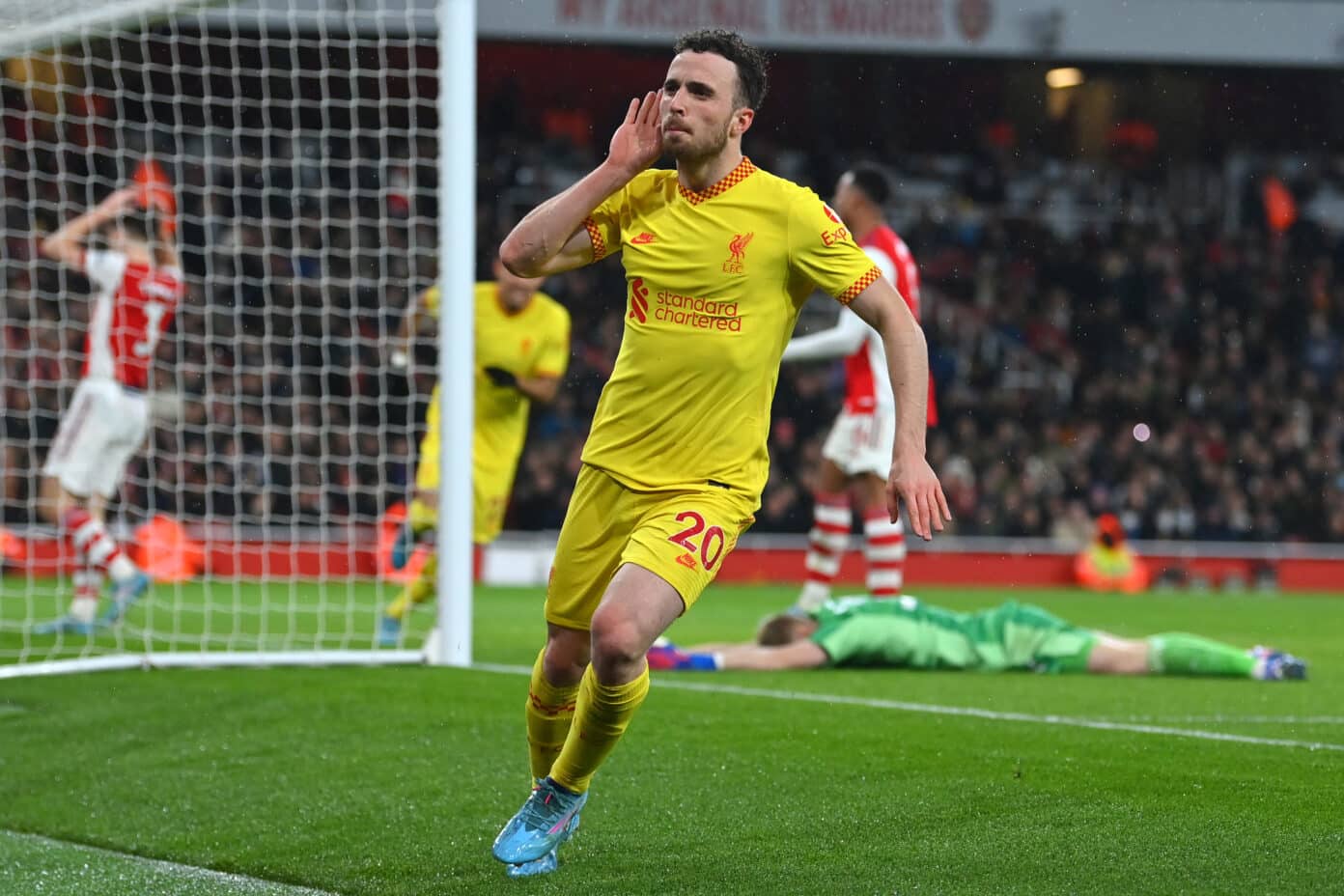 Arsenal vs Liverpool highlights: Watch the highlights as second-half goals from Diogo Jota and Roberto Firmino handed the Reds a crucial 2-0 victory.

Liverpool were unable to impose their game on Mikel Arteta's side in the opening exchanges, which saw an early chance for Virgil van Dijk from Trent Alexander-Arnold's corner, but little else from an attacking perspective.

Arsenal threatened through the likes of Gabriel Martinelli and Bukayo Saka, but despite putting together some dangerous moves, the Reds did enough in defence to thwart their best attempts.

Sadio Mane skied over the crossbar just before half-time and he had a goal disallowed for offside less than two minutes after the restart in a let-off for the hosts.

But it didn't take long for the Reds to make the breakthrough as Thiago's pass was latched onto by Diogo Jota, who fired into the back of the net to make it 1-0, before substitute Roberto Firmino's deft touch at the near post from Robertson's low cross doubled Liverpool's advantage less than ten minutes later.

Liverpool saw out the remainder of the game with a professional display as it ultimately finished 2-0, with Jurgen Klopp's side now sitting just one point behind league-leaders Manchester City with nine games left apiece.